Since talking about Greta Thunberg on his radio show, Ryan Tubridy has received intense backlash. The thing is, though, I think he made a valid point

Ryan Tubridy’s comments about Greta Thunberg have resulted in huge backlash over the last 24 hours. Since speaking about the 16-year-old climate activist on RTÉ Radio One, Tubridy has been accused of “misogyny” and “trolling”; with a number of Twitter users saying he’s “off the mark” and “should apologise”.

The thing is, though, I kind of see where he’s coming from. I’m not saying he went about it the right way. Some of his comments were certainly tactless. But the message and meaning behind them were good. Let me break it down.

What did Ryan Tubridy say about Greta Thunberg?

Speaking on Tuesday morning, the presenter said he was “in two minds” about Greta Thunberg since watching her impassioned speech at the UN climate summit.

“I really want to talk about Greta Thunberg for a moment,” he told listeners. “Last night, I was watching the news and I just felt a little uncomfortable. That’s the truth of it”.

Tubridy went on to play a clip of Greta’s speech, in which she told world leaders, “This is all wrong. I shouldn’t be up here. I should be back in school on the other side of the ocean. Yet you all come to us young people for hope. How dare you.

“You have stolen my dreams and my childhood with your empty words,” she said.

Ryan Tubridy went on to tell listeners of Greta’s demeanour on stage. “Her face contorted in pain, in agony and in anxiety,” he said. “This is an anxiety that is permeating throughout the world for young people; arguably causing a problem, rightly or wrongly.

“I was watching her, not really thinking about the climate. I was thinking about my daughter,” said Tubridy. “What would I do if I saw my 16-year-old’s face contorted, talking about her childhood and life being robbed of her? What if I was her father?

“Then, I turn on Fox News and I see an adult man describing her as a ‘mentally ill child’… She has Aspergers, that’s known. But she’s now up for grabs,” Tubridy said, adding, “16-year-olds shouldn’t be up for grabs.

“I just don’t think she should be put on a stage that size. It’s not good for her health, I think. Not good for her mental health or wellbeing. I’d rather an 18-year-old did that than a 16-year-old.

“I do understand that it’s a youth-led movement,” he went on, “but I just worry is she alright and is she being minded. It’s not to knock her or mock her,” he said. “I just worried about her”.

Later in the show, Tubridy said Greta “should be brought home to watch a movie.” 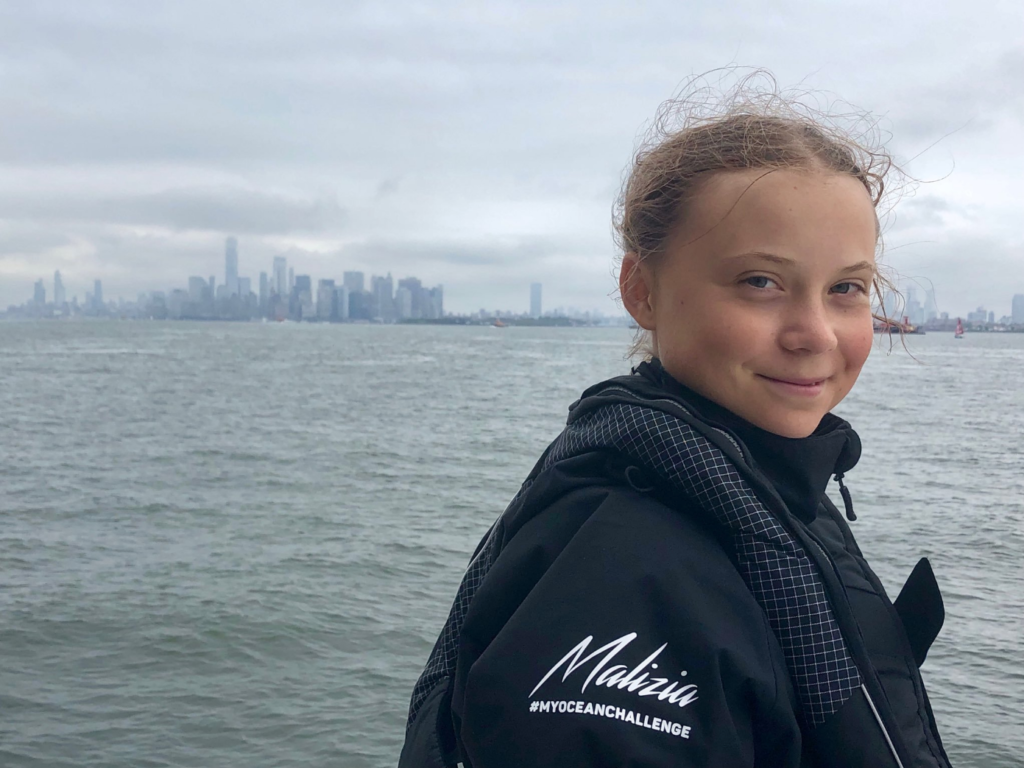 I find myself in the middle

Having listened to the radio show, and having seen the response to his comments on social media, I find myself in the middle.

I agree with the majority who say his suggestion to “watch a movie” is insensitive. It disregards the incredible efforts the teen has made to raise awareness for the climate crisis. It neglects Greta’s intelligence and her deep understanding of the science behind climate change.

But, at the same time, he is coming from the perspective of a parent. With two teenage girls, he is aware of the pressures teens are under at the best of times. He is questioning whether a person of that age should be subjected to even more scrutiny.

Tubridy is concerned for her anxiety levels – her mental health – in the midst of international media attention (particularly when that attention is so often negative). He is not saying Aspergers is a mental illness.

To be clear, I’m a big fan of Greta Thunberg. I’ve often written about how inspiring she is and I’m in awe of her courage. She is leading a much-needed global movement – but at what cost? Like Tubridy, I fear the pressure of intense media scrutiny might be too much.

Read more: Why Greta Thunberg is my idol – for more reasons than climate activism