Ryan Gosling for Beauty and the Beast?

If you’re a beast, I’m a beast. Rumours say that The Notebook star may be joining Emma Watson in the Disney live-action remake.

Our most constant crush may be joining the cast of a tale as old as time. Yes, Ryan Gosling might have been cast as the Beast opposite Emma Watson’s Belle in the upcoming live-action remake of Disney’s Beauty and the Beast.

Last month we reported on the casting of Harry Potter actress Emma Watson in the lead role. The past few days has seen a lot of unconfirmed reports that Gosling will star opposite Watson.?Twilight‘s Bill Condon is on board to direct, so we’re confident he’ll be to handle the fandom surrounding the movie if these casting rumours come true. 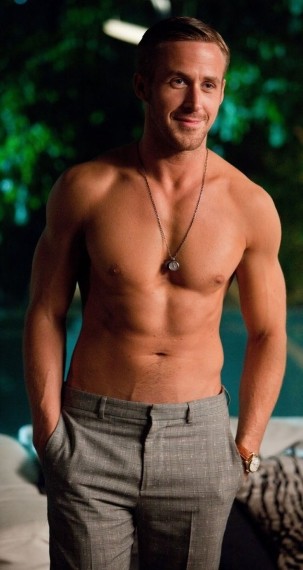 The Tracking Board website reports that the actor, and recent father, was approached by the studio and outright offered the part of the cursed and hairy prince. Gosling is already connected to Disney – he was part of The Mikey Mouse Club way back in the early 1990s.

However, while we know what Gosling looks like as a hot getaway driver and a post-war homeowner yearning after his first love, we really don’t have any idea what he’ll look like with a carpet on his skin.

We do have plenty of thoughts on how he’ll look post-transformation with a ripped shirt in the rain, while confessing his love to the girl he kidnapped and held prisoner. Loads of thoughts.

And as for the famous ballroom dancing scene, Gosling proved his footwork, and appreciation of Patrick Swayze, in romantic comedy Crazy Stupid Love.