Meghan Markle and Prince Harry welcomed their first child into the world on Monday morning, May 6. Now, the duke and duchess of Sussex have shared the first photo of their new baby boy…

After days of anticipation, the first photo of Meghan Markle and Prince Harry’s son is finally here. The pair, who announced the pregnancy in October 2018, welcomed their newborn into the world on May 6.

In a statement shared via their official Instagram account, @SussexRoyal, it was said, “We are pleased to announce that their royal highnesses the duke and duchess of Sussex welcomed their firstborn child in the early morning on May 6, 2019.

Related: ‘I’m so incredibly proud of my wife’

The statement also said, “The duchess and baby are both healthy and well, and the couple thanks members of the public for their shared excitement and support during this very special time in their lives”.

Today, at a press conference in Windsor, Prince Harry and Meghan Markle shared their baby with the world. Harry even admitted the infant has a bit of facial hair.

The couple later shared a post on Instagram in which it was said, “Today the duke and duchess of Sussex are delighted to share their first public moment as a family. They are so incredibly grateful for the warm wishes and support they’ve received from everyone around the world, since welcoming their son two days ago”. 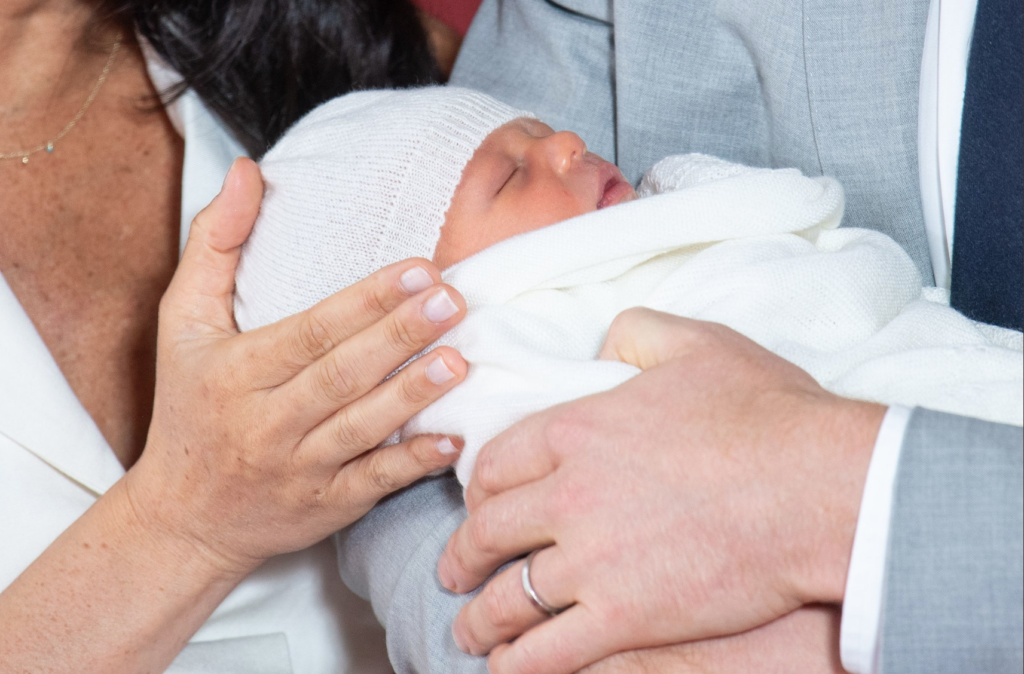 Baby Sussex is now seventh-in-line to the throne; coming next-in-line after his dad Prince Harry, and before the Queen’s second son Prince Andrew.

No name has yet been confirmed.

Following the birth of Baby Sussex on Monday morning, Prince Harry said, “It’s been the most amazing experience I could ever have possibly imagined.

“How any woman does what they do is beyond comprehension.

“We’re both absolutely thrilled and so grateful to all the love and support from everybody out there,” he added. “I’m so incredibly proud of my wife. This little thing is absolutely to-die-for, so I’m just over the moon”.

Read more: Meghan Markle and Prince Harry’s royal baby is here
Read more: Kate Middleton shares new photos of Princess Charlotte on her birthday
Read more: The Queen’s last corgi has passed away in Windsor Castle at the age of 12
Read more: ‘Meghan Markle is being vilified just as Diana was’