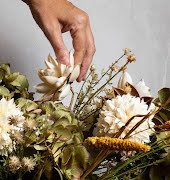 Twilight actor Robert Pattinson is engaged to the singer FKA Twigs! This is not a post-April Fool’s hangover.

Yesterday rumours began to circulate that the British pair had become affianced after rapper T-Pain revealed that Twigs was not the easiest artist to get in touch with these days, especially with her engagement. In an interview with Vulture yesterday he said, “She’s on tour so much, and anytime I call her, she’s in a different place. And she’s engaged now, so that’s about to be a whole other thing.”

T-Pain realised fairly soon that this lovely news was not his to share and tried to backtrack by claiming he was just joking, considering the day it was. However, he’ll now have to backtrack again as the couple’s reps confirmed to People they were indeed engaged after months of looking cool as cucumbers in paparazzi shots.

We’re delighted that the two young lovers confirmed the impending officialdom of their union. It means we now have way more time to speculate about what kind of dress FKA will wear to be wed. Last month she attended the Alexander McQueen exhibition in London in one of the late designer’s Birds of Paradise gowns. Don’t expect Kate Middleton lace.