Rihanna’s see-through CFDA dress a little too far or a brilliant homage?

Rihanna’s dress at last night’s Fashion Designers of America Awards consisted of 216,000 Swarovski crystals and nothing much else. The singer and general enfant terrible was picking up the Fashion Icon Award, and paid tribute to her own personal icon, Josephine Baker, via the flapper-inspired dress. 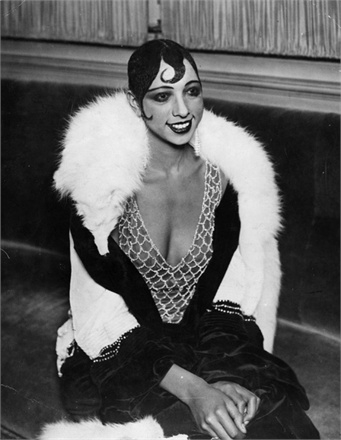 The Adam Selman design left little to nothing to the imagination, with a stoll and thong as the only things covering up her modesty, which she seemed more than eager to abandon in exchange for some rather cheeky (excuse the pun) poses on the red carpet. Her see-through dress episode comes as yet another recent Instagram controversy emerged last week, with one of RiRi’s photos being deleted, as it showed the singer topless and smoking. 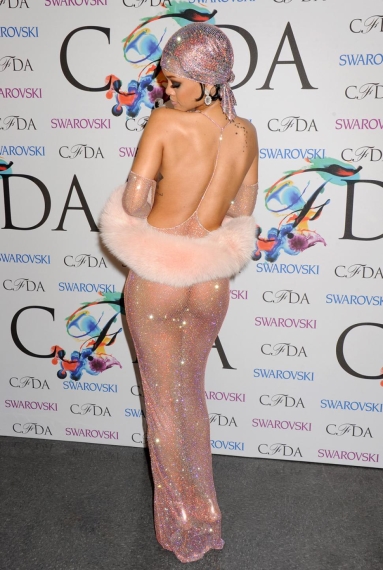 She has since deleted her account and has not been back in Instagram action since. 2013 was indisputably RiRi’s year, with her upping the ante with her Lui cover and making her a deserving winner of the award. And yet that dress? lacking in certain subtleties perchance, but it does make for a beautiful homage to the one and only banana-skirt wielding Josephine, and no doubt she would’ve enjoyed the little shock ripples Rihanna provoked.