The Rihanna and Lupita Nyong’o Movie Is Happening

This is what’memes are made of.

Netflix has bought the film project that will pair Rihanna with Oscar winner Lupita Nyong’o. The film is based on a tweet that included a photo taken (above) of Rihanna and Lupita Nyong’o sitting on the front row at the Miu Miu Autumn Winter Show during Paris Fashion Week in 2014. The tweet read:

Rihanna looks like she scams rich white men and lupita is the computer smart best friend that helps plan the scans https://twitter.com/blaquepink/status/854420031479971846

The Twitter movie pitch has over 98,000 retweeets. Both stars tweeted their interest in the movie idea, followed by tweets from Selma director Ava DuVernay and Insecure writer Issa Rae.

Ava DuVernay, whose Netflix documentary 13th was nominated for an Oscar, responded to the news on Twitter. She is set to direct the Netflix film with Issa Rae in line to write the screenplay.

According to Entertainment Weekly, the Twitter-sensation-film?was pitched to studios at Cannes Film Festival and, “after a dramatic negotiation session,” Netflix has landed the project “in a very aggressive bid, beating out multiple other suitors.” 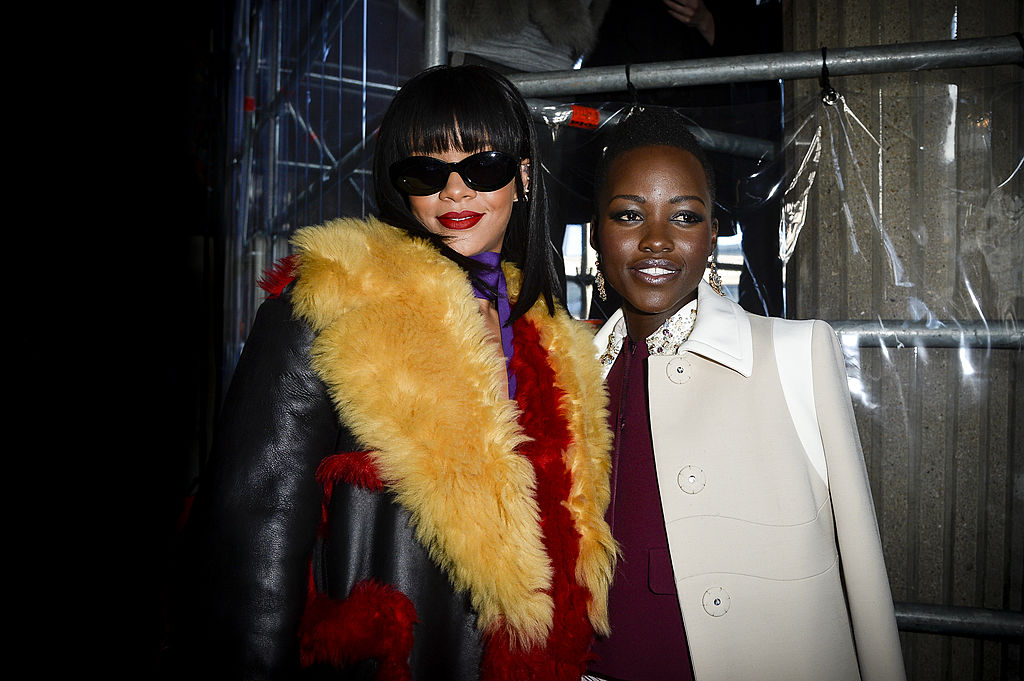 Rihanna will be hitting our screens this year in Luc Besson’s?Valerian and the City of a Thousand Planets?and next year in Ocean’s Eight. The plot for Ocean’s Eight is currently unknown but we do know that the cast so far includes?Cate Blanchett, Matt Damon, Olivia Munn, Dakota Fanning, Anne Hathaway, Sandra Bullock, Katie Holmes, Helena Bonham Carter, Sarah Paulson, James Corden, Mindy Kaling, Kylie Jenner and Kim Kardashian West.

Oscar winner Lupita Nyong’o will hit our screens again this year?in Star Wars: The Last Jedi and next year alongside Michael B Jordan in Marvel’s Black Panther.