It’s a historic day for this country- the referendum is in the process of being scheduled. It’s also the perfect day to remember how far we’ve all come, even since Image began 43 years ago. At the time, there was no divorce in Ireland, a woman couldn’t sit on a jury, marital rape was not a crime, birth control was illegal and women had no entitlement to a share in the family home (it could literally be sold out from under them).

From the get-go, Image set a modern, feminist agenda and went out on a limb to expound the importance of equality in both the home and the workplace, speaking out loudly for the legalisation of divorce and the right to use contraception. We championed women’s rights in virtually every issue (see below, from IMAGE June 1976), interviewing and featuring the writing of outspoken activists and politicians like Nell McCafferty and Gemma Hussey, and encouraging women to enter professions traditionally off-limits to women at the time (Engineering! Architecture! Law! Accountancy!). We were determined in our coverage of birth control and IVF to gain ground for reproductive rights. 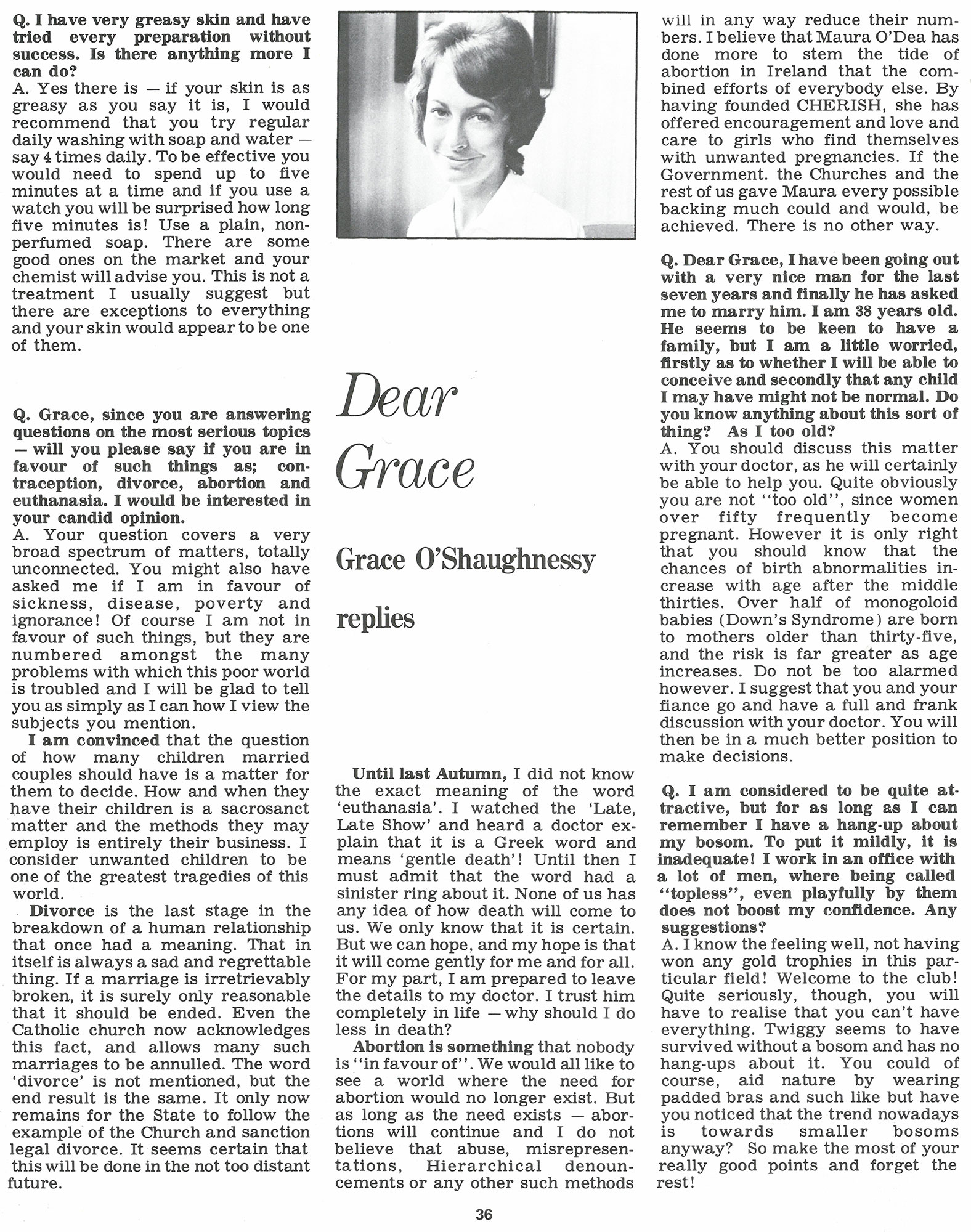 But back to Repeal. As we look back through our archives, it’s surprising to see how little the arguments for and against abortion have changed over the years even as the context around them has- in many positive ways (and we accept there is still MUCH to do). Both opposing camps were, and are, dug firmly into their respective trenches; we very much doubt there is much convincing left to do for either side in 2018.

In its purest form, this referendum is about more than abortion, it’s about respecting everyone’s right to make their own choices and have their own opinions. It’s about democracy, and more specifically, pluralism- our ability to co-exist with different traditions, beliefs and priorities. As we become a more diverse society, we can no longer assume that one size should fit all for social policy. Or that we all have to be on the same page about everything. Nor can we assume that core values are the sole property of either side.

We can do this graciously. Respect. Listen. Empathise.