Reese Witherspoon is adapting this brilliant book next

Reese Witherspoon has a knack for taking a brilliant story and adapting it for the big screen. Next on her radar is one of her recent book club favourites, the evocative Where The Crawdads Sing by Delia Owens. If the novel is anything to go by, we’re in for a treat

Kya Clark is a young woman growing up practically on her own in the wild marshes outside Barkley Cove, a small coastal community in North Carolina. Known as ‘Marsh girl,’ she’s always been alone, abandoned by her mother and family from a young age, a ‘wild child.’ She soon learns to be self-sufficient and to find solace and company in her natural surroundings.

The author’s lush depictions of the natural elements a highlight – no surprise, given that she was a wildlife scientist and award-winning nature writer.  Then, in 1969, Chase Andrews, Kya’s former lover is found dead and she’s suspected of his murder, and so we get the second narrative of the book. As a long trial begins her fate hangs in the balance. 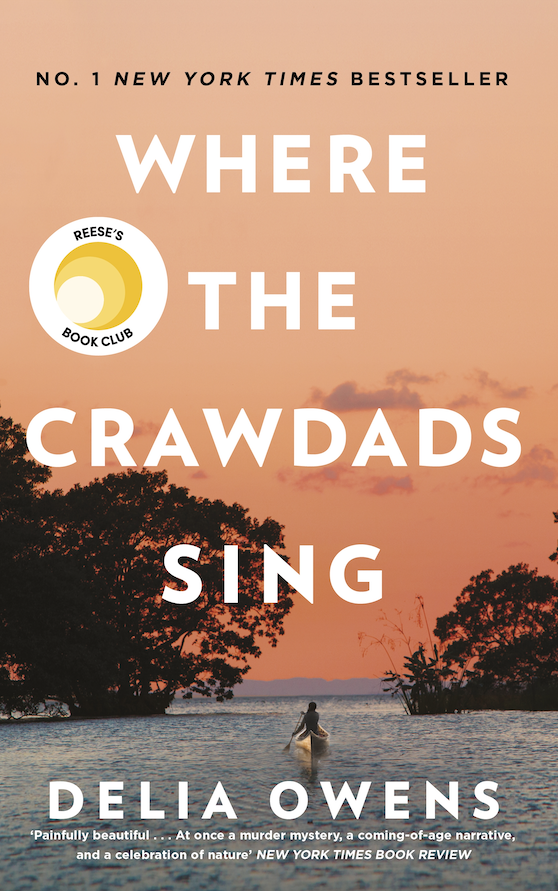 Where The Crawdads Sing by Delia Owens. Corsair, approx. €14.99

With a story that’s evocative and sad and with a remarkable heroine, it’s easy to see why Witherspoon was drawn to the material.

“There is so much to her story: romance, mystery, and a murder… and it takes place in the breathtaking backdrop of the South. I didn’t want this story to end!” she said of the lauded debut.

“I read a lot, and I love the effect it has on the authors,” Witherspoon told Harper’s BAZAAR of adapting her favourite books into films.

Witherspoon added that she was thrilled to get the chance to turn Crawdads into a motion picture. “It’s just one of those really exciting, once-in-a-lifetime opportunities,” she said. “It’s very fulfilling.”

Reese Witherspoon and Lauren Neustadter will produce the project under their Hello Sunshine company for Sony Pictures with the help of a strong female team including director Olivia Newman and scriptwriter Lucy Alibar.

Read more: 4 new books that deserve a place on your must-read list