From grain to glass: Is the drinks industry in Ireland leading the way in sustainability?

In Ireland, our overall recycling rate of 68% is ahead of EU targets by 13%, making us one of the lead performers in Europe. We recycle glass at a rate of 26% above target. And out of 250,000 enterprises in Ireland, it’s drinks manufacturers that have nailed eliminating plastic from its packaging. Could the drinks industry in Ireland be leading the way in sustainability?

The world is reacting to climate change, decades too late if you listen to scientists at NASA.

Children, led by 16-year-old activist Greta Thunberg, are striking from school in a bid to get governments – and adults – to take action now.

At a household level, we’re recycling more than ever: last year we increased our household recycling by 6,000 tonnes.

As a nation, we surpassed every recycling and recovery target set for it by the European Commission in 2018, according to Repak. The same year we recycled 33% of all plastics, higher than most EU countries. Glass was recycled at a rate of 86%, 26% over target.

A major part of this is down to our drinks companies, which, for all their perceived flaws, make up one of the most sustainable industries our country has to offer.

While adhering to European Commission standards, drinks companies in Ireland have been making their own renewable energy sources for at least a decade, and setting their own, more ambitious, targets. A major reason for this is of course down to good business – the cost of renewable energy has dropped, and coupled with Government subsidies, it makes more financial sense to be green in 2019. But a more environmentally conscious ethos is creeping into alcohol producers here too. 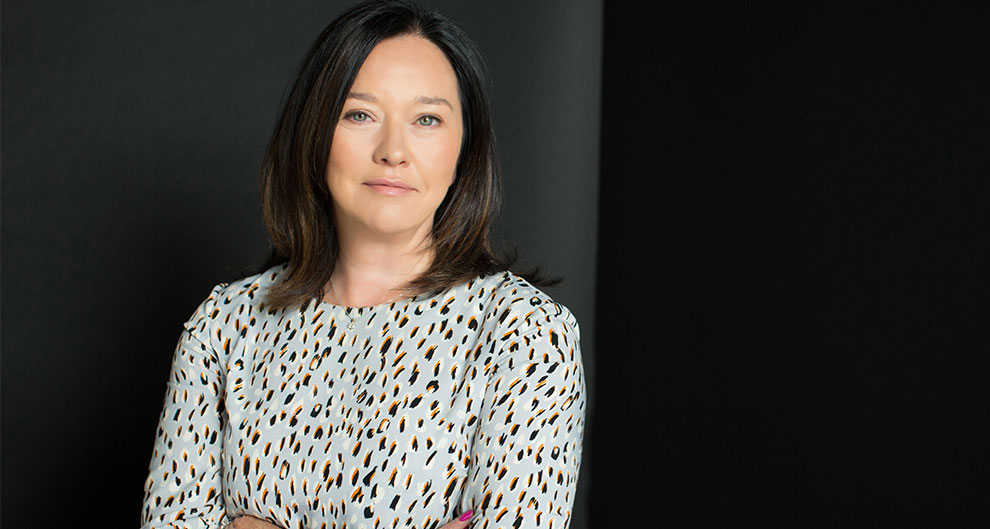 Gráinne Wafer, global brand director at Guinness, says, “In Guinness, and our other brands, we take a grain to glass approach to sustainability. What that means is that we seek to operate in a responsible and sustainable way everyday, everywhere.

“It means that we work to support our communities, protect and preserve natural resources, and ensure alcohol plays a positive role in society and we continue to make a real and relevant contribution.

“A second and very important element of what we do in Guinness and Diageo is that, in order to make sure we are making a real and relevant contribution, we have set very clear and ambitious targets for reducing our environmental impact globally across water, waste, energy and greenhouse gas emissions, such as improving our water use efficiency by 50% and cutting our direct greenhouse gas emissions in half.”

“In terms of impact, it’s the equivalent of taking 4,500 fossil fuel burning cars off the road,” she tells IMAGE.

“In our brewing operations we use less than half the amount of water to make Guinness now than we did in 2007. Our total water savings to make Guinness since 2007 are over 13bn litres. We send zero waste to landfill, which is a very significant achievement given that we use more than 130,000 tonnes of barley every year.”

Back in April, Diageo announced an investment of €18m into its packaging facilities to remove ring carriers and shrink wrap from multipacks on brands like Guinness, Harp and Smithwick’s.

Multi-can packs will be replaced by cardboard packs, which Diageo says are sustainably sourced, recyclable, and fully biodegradable.

“We think there is a lot more that we can do to reduce our footprint further. We’re currently looking to see if we can increase our renewable energy sourcing,” says Ms Wafer.

“We source 100% of electricity used in our Baileys production from renewable sources. We’re looking at our energy sources at St James’s Gate to see if we can source renewable gas made from agricultural by-products to partially power the brewery.” 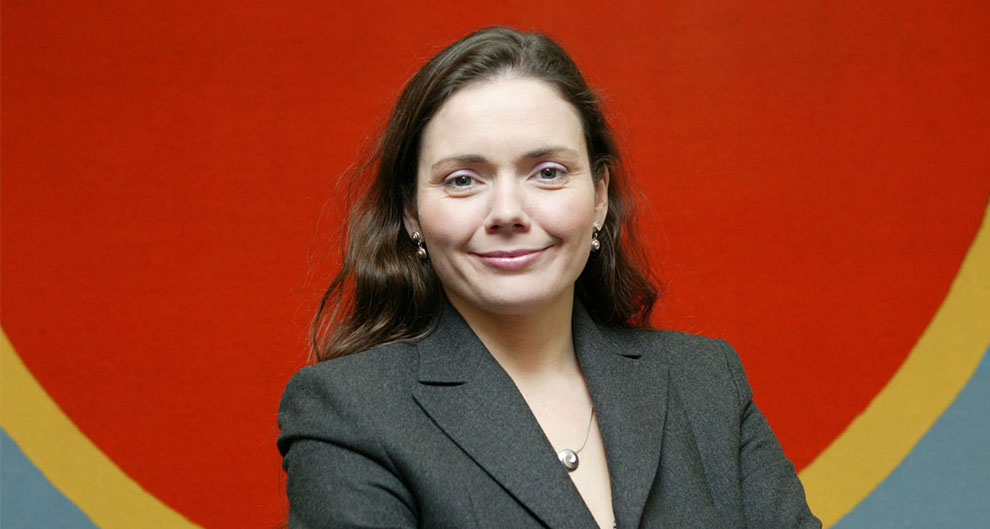 Drinks Ireland, which represents 62 drinks producers and manufacturers in Ireland, including Diageo, says larger global companies like Guinness deserve credit in leading the charge in reducing their carbon footprint.

Patricia Callan, director, Drinks Ireland (the Ibec group that represents alcohol drinks manufacturers and suppliers in Ireland) says “global companies operating in Ireland have been at this for the best part of a decade, improving their environmental footprint, setting ambitious targets and making massive investment”.

“We only had four distilleries back in 2010, we now have 26 fully operational and another 20 in planning. Distilling allows people to be creative in terms of integrating their processes and saving themselves cost elsewhere. A lot of people have to invent their own systems within the distillery or the brewery in order to capture that. They are all moving away from plastic in terms of packaging, and looking to create more innovative solutions.

“I think you’ll see more and more of that, because, speaking to consumers, this is what they want.”

Ms Callan highlights the credentials of some of Drinks Ireland’s member companies when it comes to sustainable business. For example: Heineken, which has its brewery in the heart of Cork City, has reduced CO2 emissions by 55% per hectare from production; Irish Distillers’ Midleton Distillery, also in Cork, has zero waste landfill by implementing segregation and recycling initiatives, and Slane Whiskey in Meath, which sources its water from the Boyne River as well as collecting rainwater, and using hot water facilities from the castle.

It’s not just global players that are making strides in sustainability. Drinks Ireland membership is comprised of both larger producers and smaller companies and new entrants to the market. One of these is Echlinville, a family owned whiskey distillery in Newtownwards in the Ards Peninsula. 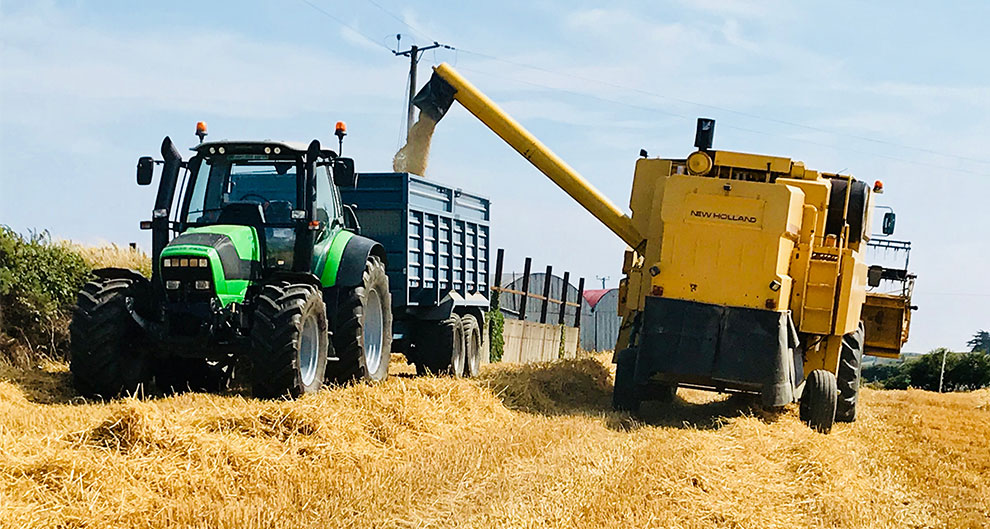 Echlinville has only been running for six years, but has dedicated its entire process to ensuring every ingredient is locally sourced, and therefore 100% sustainable. It is also one of few ireland-based field-to-glass distilleries.

Finance director Jarlath Watson (pictured above, in main image) tells IMAGE Echlinville is only in phase one, and plans to produce only recyclable packaging in phase two.

“We opened our distillery in 2013, and from day one we were growing our own barley in our home farm, so every grain that is distilled in Echlinville comes from the Ards Peninsula,” says Mr Watson.

“Our approach to sustainability and the circular economy was not only to source our own grains, but to malt our barley, so we chose to grow all our own barley and to floor malt our barley in the traditional method. Then it’s distilled, matured and bottled in the Ards Peninsula, so everything from sowing the seed to putting the cork in the bottle and putting the bottle in the box is all done here.” 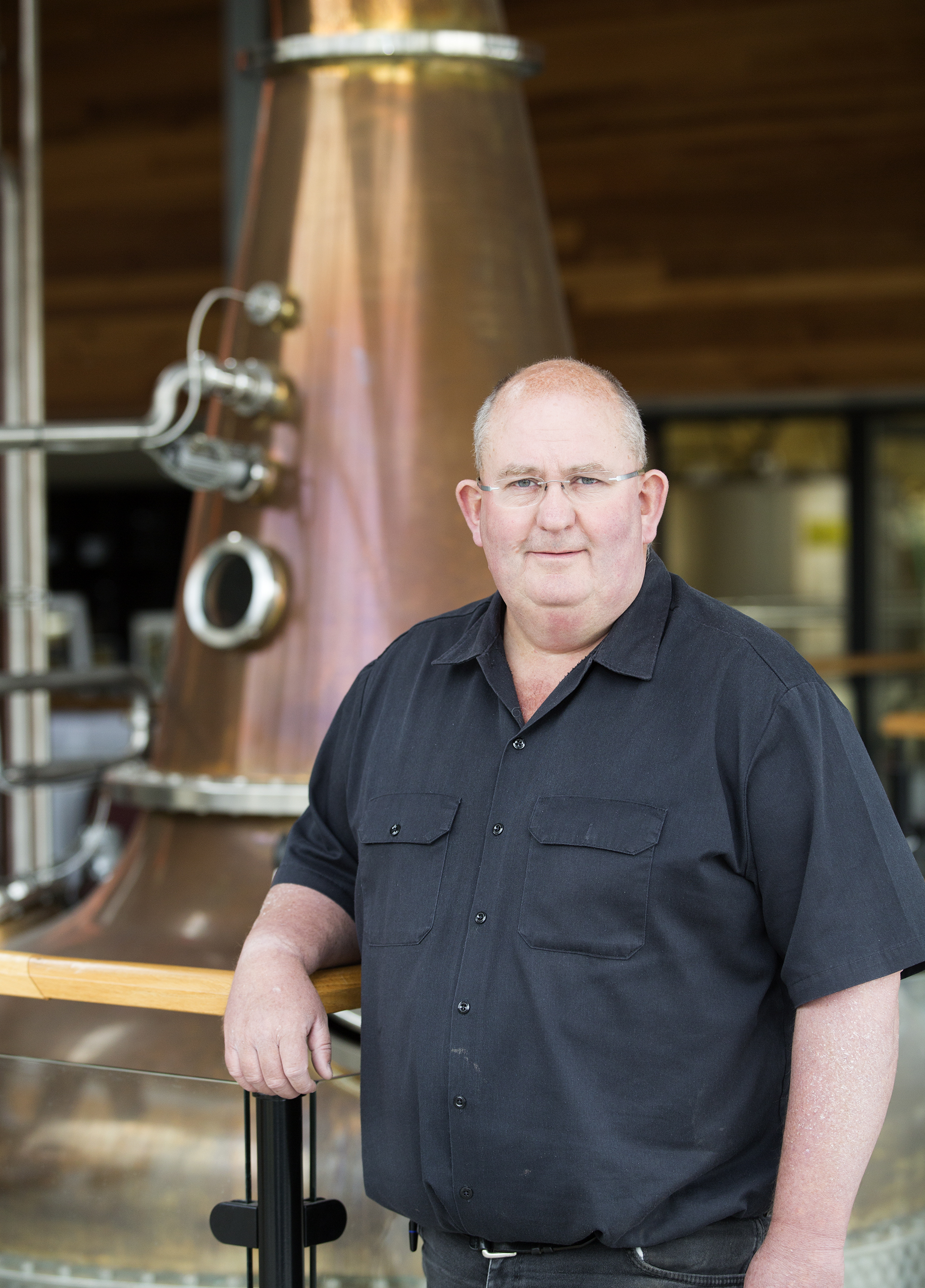 Echlinville, owned by husband and wife Shane and Lynn Braniff, is also in the process of reopening wells on the estate so the business can source its own water.

Mr Watson says the current impasse in Stormont has left local businesses without support when it comes to renewable energy.

“There was support here, and then support vanished. From our point of view, we’ve been holding back on the energy side of it and making more strides into green energy in the hope that a new green deal will be emerge. Businesses like ours have the best intentions in the world, we want to move very much in that direction. We all need support. We’re looking for leadership on these issues,” he says.

Although Ms Callan says Drinks Ireland members have been “planning for years” regarding Brexit, up until last October, the looming Brexit deadline was also a factor for the last three years for Echlinville, and indeed larger breweries around the country.

Currently, the UK has until January 31, 2020, to leave the EU with this deal, having been granted a further extension in October. The UK will also go to the polls in a general election on December 12, 2019.

In the meantime, companies like Echlinville are “prioritising the things we can do ourselves” says Mr Watson. Which is turning water into whiskey, and money.

Lynn Enright: With motherhood on the horizon, will I ever be interested in alcohol again?