A man’s fertility diary: ‘When will it be my turn to tell the lads some...

‘I realised that if I didn’t even start to think about children, I’d run out of time’

In 2016, Joanne Ryan pondered her decision about motherhood and turned it into an award-winning play. As she tours the show again four years later (and after she has become a mum), she spoke to Jennifer McShane about how it feels to revisit her ‘eggsistential’ crisis with a new perspective

“The initial impulse came from having to reach a decision at 35 about whether or not I wanted to have a child, and I had no idea what I wanted,” says Joanne Ryan, as she explains the idea that sparked her award-winning, critically acclaimed one-woman show ‘Eggsistentialism.’

The result is a deeply personal, often hilarious Irish showcasing of the fertility dilemma and struggle – a topic which is universal and hugely prominent in Ireland, particularly after Repeal. “The play charts my journey about whether or not to have kids, told through the prism of Ireland’s reproductive health and sexual history.”

Ryan was doing a political theatre incubation and development scheme with Theatre Uncut a few weeks before turning 35 – “the age you’re told, as a woman, your eggs are about to fall off a cliff” – when the fruits of the idea from the work came to her. “It’s a real milestone age for all that and it was brewing subconsciously in my head, even if I hadn’t consciously thought of it.” 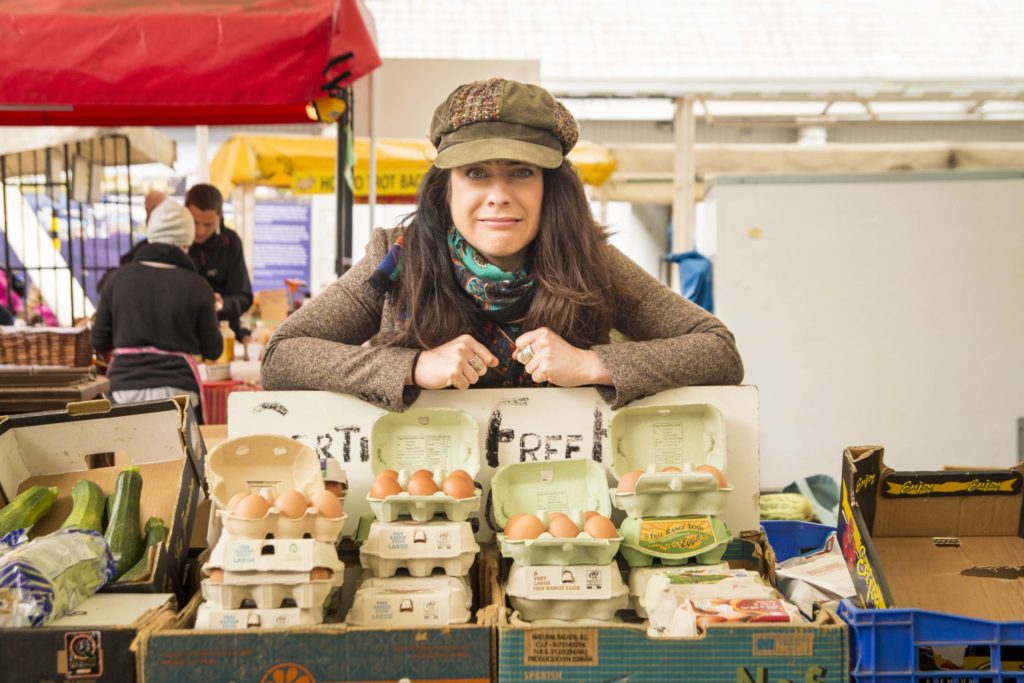 “On the first day of the scheme we did an icebreaker and we were asked to rant about things we were angry about or afraid of, so I did my rant, and at the end, as a joke, I blurted, ‘and I don’t know whether or not I should have a child’. Everyone burst out laughing but the joke was on me, because I realised it was true.”

“I knew that if I didn’t even start to think about it, that would be a decision in itself because I’d run out of time”

“I also started thinking about how I was among the first generation of women in Ireland to have that choice. My mum got pregnant with me in 1979, unmarried, and she didn’t have a choice. I did have a choice and it was also about wondering what do you do with that? I was also interested in writing about how your political, social context informs your big life decisions.”

Ryan’s work goes further than the self, though, as she goes back through the history of Ireland’s (lack of) contraception laws for decades, as well as her own experiences. The play is all true and entirely autobiographical; even including Ryan’s own mother voicing the quintessential Irish mammy, offering her words of wisdom and advice. 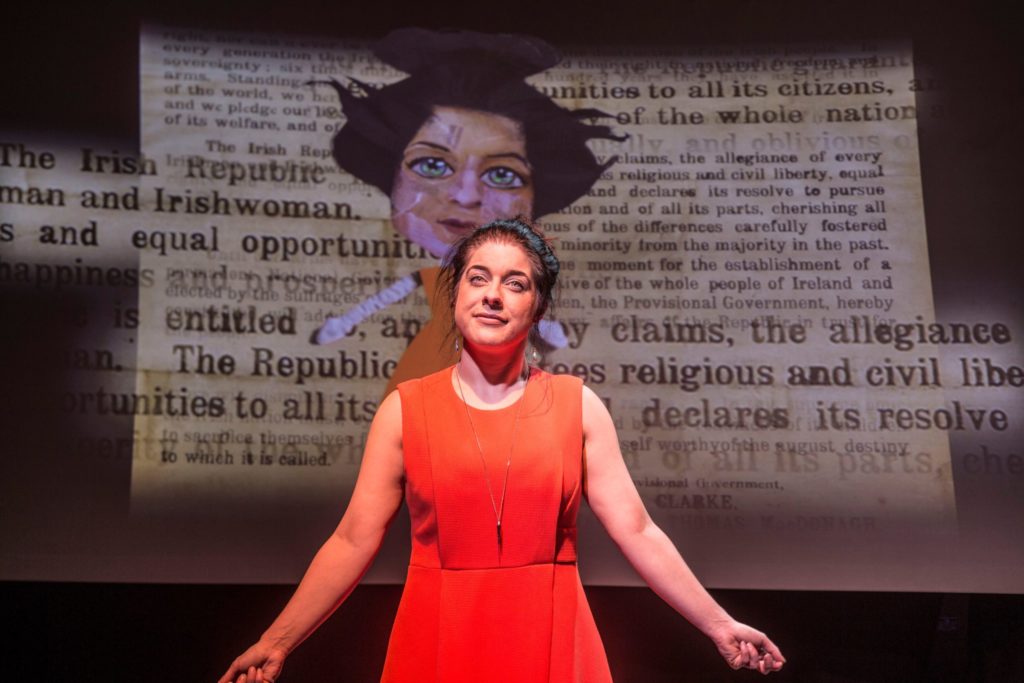 Talking of the research for the play, Ryan says she came about it from a lot of different angles. We talk of egg freezing and the growing number of women who turn to IVF and she says a number of fertility experts informed her that even the concept of freezing your eggs is a “disingenuous offer to women at any age”.

“At the time, there hadn’t been a successful live birth from a frozen egg in Ireland in 2016, so they said that even if women in their twenties freeze their eggs (which are in pristine condition), there’s no guarantee that the procedure will even be successful.”

“I read somewhere that 10,000 of a woman’s eggs die every month. I’ll be lucky if I’ve enough left to make an omelette”

The play premiered in 2016 with small changes to the scripts as Ireland’s political terrain changed after Repeal and also when she became a mum this year, but, she explains, doing the show wasn’t the catalyst for her to have her son. She did, however, hope it would help her come to a decision.

“I hoped it would be when I started making it, but actually, what it brought me to was a sense of peace around the decision,” she says. “Because I had examined it so forensically for two years and talked to everybody about it, from every angle.”

Ryan explains what so many women feel when approached with the pressure of such a life-altering choice: fear. The fear that you will make the wrong one.

“When I was going into the play, I had a lot of anxiety around it; I felt it was this huge make-or-break thing and if I got it wrong I’d regret it forever or if I had a child and it was a mistake that would be awful, or if I didn’t and I regretted it, that would be awful as well. 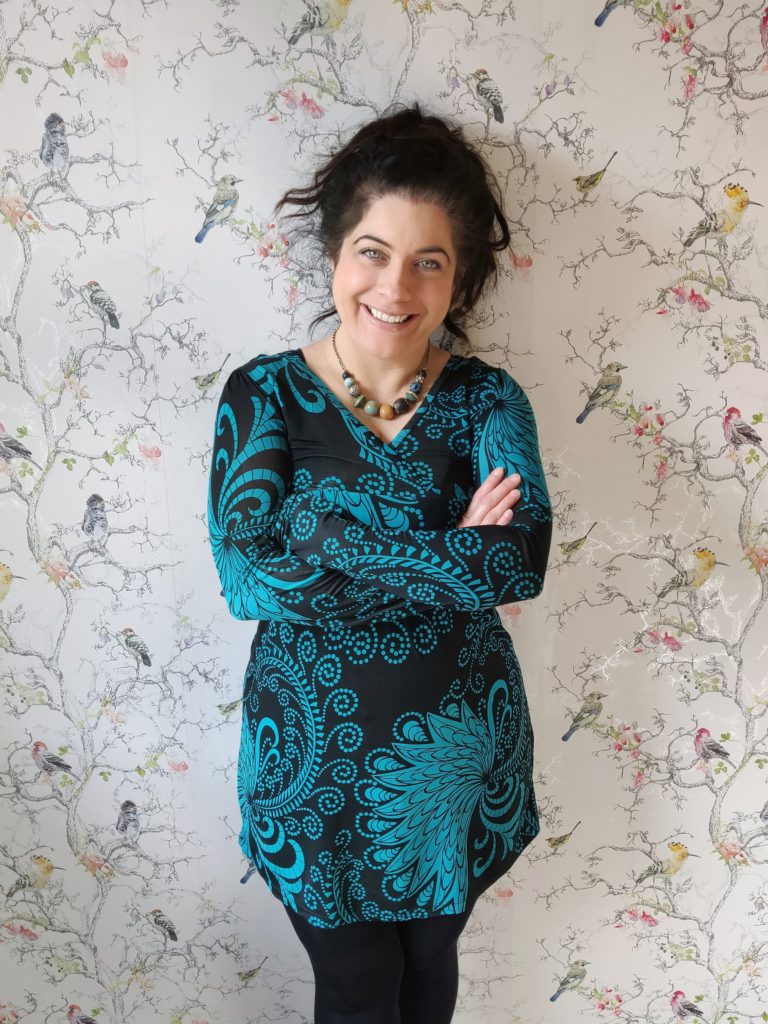 “But what I realised was that there is no ‘right’ choice for a huge life decision for something like that because there would just be different outcomes; good or bad outcomes either way.”

“So I felt at peace with that, I shelved it when we started to tour internationally and I felt that the play made the choice for me before I had my son. And even when we decided to try, it wasn’t like we were fully convinced it was the right choice because it is such a life-altering thing.

“And there are lots of people who choose not to have kids – a fifth of Irish women – for lots of reasons, but I don’t know if that reality is reflected culturally. Increasingly people are realising that it isn’t a given next step.

“I wanted people to realise that you’re not alone in things like this, and when they watch the show, I want them to feel less alone.”

The Eggsistentialism tour, which runs from now through to November 30th at various venues throughout the country, also features six pilot ‘babes in arms’ performances.

“I usually go to a lot of theatre and after I had my little boy, I became aware just how inaccessible theatre for parents is. Theatre in Ireland isn’t generally put on with parents in mind. So, we’re putting on special matinee performances and we will do everything we can to make adults and babies feel welcome and comfortable.”

A man’s fertility diary: ‘When will it be my turn to tell the lads some good news?’