Real Wedding: ‘Invitation’ Only To The Best Music Fest In Ireland

THEY ARE Edwina Gucklan, Choreographer and Michael O’Rourke, Security Installer

THEY LIVE in Drumsna, Co. Leitrim

THEY MET in their teens, dancing around Ireland with various Trad groups

If you want to break away from staid matrimonial traditions, we recommend you take some major inspo from the loved-up duo. This was one heartfelt hooley on the grounds of Lough Rynn Castle in Edwina’s home county of Leitrim. Three stages, five bands, food stalls, candy carts, cinema room, flash mobs, bubbles, ribbons and miles of bunting. If this sounds more like the best music festival ever, that’s probably because it was. 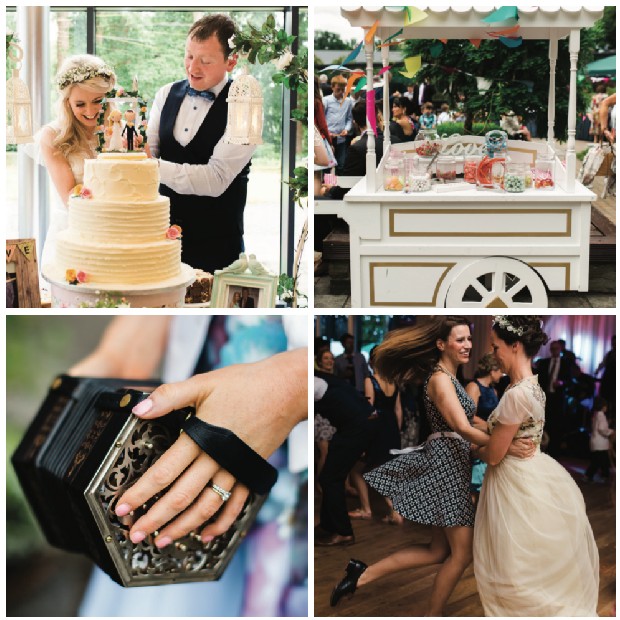 This already unique event was made even more special by Edwina and Michael’s personal touches, such as the chestnut seedlings given to guests?as wedding favours and the finely tuned musical performances that punctuated proceedings. Speeches were forfeited?in favour of a newspaper mock-up, complete with “articles” written by the couple and their Dads. Sometimes it really pays to buck traditions.

If tradition dictates one thing and your personality another, just be yourself. Don’t worry about trying to impress others. Do what makes you happy.

The staff at Lough Rynn Castle pulled out all the stops to ensure the festival atmosphere was achieved.

THEY WISH THEY HAD

Planned a week-long wedding festival and not just a two-day affair. 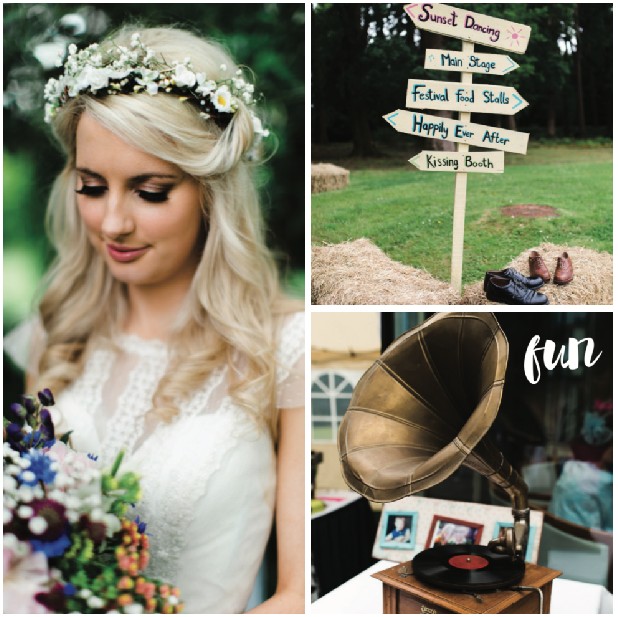