Rapper T.I. Thinks Women Too Emotional To Be Leaders

ATLANTA, GA - DECEMBER 22: Rapper T.I. performs at halftime of the game between the Atlanta Hawks and the Chicago Bulls at Philips Arena on December 22, 2012 in Atlanta, Georgia. NOTE TO USER: User expressly acknowledges and agrees that, by downloading and or using this photograph, User is consenting to the terms and conditions of the Getty Images License Agreement. (Photo by Kevin C. Cox/Getty Images)

While every headline relating to the force of ambitious nature that is Hillary Clinton speaks in terms of the woman potentially making history as the first female president of the United States, some people aren’t as optimistic. Rapper T.I. is one of those people.

The Blurred Lines singer, this is where it all starts makes sense before we get to the sexist punch line, made comments comparing to Hillary’s likelihood of election to that of the supposedly fictional Loch Ness monster. T.I. thinks a seawater creature, which was the subject of a Mel Gibson movie, would have a better chance at the polls than a woman with decades of political experience and expertise. “I think you might be able to get the Loch Ness Monster elected before [a woman],? he said.

The discussion about Hillary’s democratic nomination campaign arose during an interview with T.I. on DJ Whoo Kid’s SiruiusXM show. The video of the interview has since been made private, but outlets like Entertainment Weekly are carrying the quotes. T.I.’s main concern with having a woman in charge was his sincere belief ?women make rash decisions emotionally.? 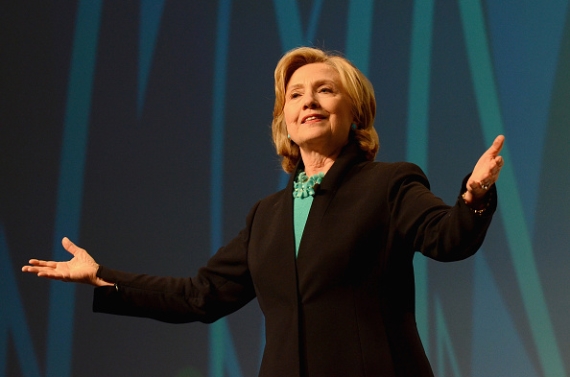 “Not to be sexist, but I can’t vote for the leader of the free world to be a woman,” he said. “Just because, every other position that exists, I think a woman could do well. But, the president? It’s kinda like, I just know that women make rash decisions emotionally – they make very permanent, cemented decisions – and then later, it’s kind of like it didn’t happen, or they didn’t mean for it to happen.”

The Loch Ness comparison came after this. “The world ain’t ready yet. I think you might be able to get the Loch Ness Monster elected before [a woman]. It’s not right, but I’m just saying,” he said..

T.I. has since apologised, via Twitter, saying, “My comments about women running for president were unequivocally insensitive and wrong. I sincerely apologize to everyone I offended.”

My comments about women running for president were unequivocally insensitive and wrong. I sincerely apologize to everyone I offended.