Ranked: 7 of the best rom-coms on Netflix to stay in and watch tonight

With the dark evenings, it’s time to light some candles, get the fluffy socks on and watch some Netflix. But what to watch?

The minute the temperature drops, all we want to do is curl up with a blanket and watch a movie.

And is there anything more comforting than a rom-com you’ve already seen 100 times? I think not. The joy of re-watching over and over is that they still make you laugh, still give you all the feels and you’ll still be happy to watch them again in a few month’s time.

If you’re feeling a bit down, you’re broke and can’t afford to go out or you’re just in the depths of your period and need something comforting to do, these films are like an old friend you can always come back to.

Rather than spending ages trying to decide what to watch, we’ve done all the trawling for you. So sit back, order a pizza and prepare to cosy up to one of these classics.

Ok, we know this film is pretty trashy. But as a teenager, I watched this on repeat, and it’s just been added to Netflix which means a re-watch is imminent.

Starring Hillary Duff and Chad Michael Murray as Cinderella and Prince Charming, told as a dork versus jock romance in an American High School. We know, so original.

Once you get over the fact it is a little cheesy, and also a story we’ve seen told over and over, it’ll bring back so much nostalgia. We just can’t resist.

The premise for this one isn’t run-of-the-mill and at times not the most believable, but you can’t help but enjoy this movie.

Adam Sandler, a marine biologist falls in love with Drew Barrymore, an art teacher with no short term memory. So, she thinks she is living the same day, every day.

Once you get over the many glaring pot-holes, their romance is so endearing you’ll fall in love with this movie too.

With almost all rom-coms told from the female point of view, Hitch was so refreshing when it came out. Watching the uber-smooth Will Smith teaching Kevin James how to date women (but ultimately screwing up his own love-life) will never get old.

Plus this is one both my Dad and my brother find hilarious, so it’s perfect when you fancy an easy watch but can’t quite get your other half on board with anything else on this list.

A modern classic, and along with Mean Girls, probably one of the most quoted from the early 2000s. The movie is more empowering than your average rom-com as Elle realises by the end that she didn’t need to change for a man but has embraced being fully herself.

A real feel-good flick, that has lots of laughs, especially if it’s been years since you’ve last seen it. Anyone else still doing the bend and snap? 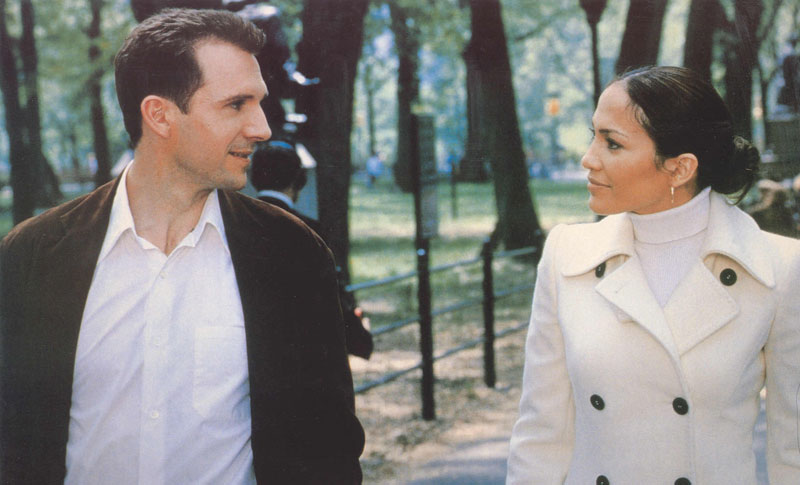 Not since Julia Roberts’ ‘big mistake‘ line in Pretty Woman have we had a rom-com give us so much satisfaction. It has all the best ingredients; a Cinderella-style make-over scene, a trio of sassy, supportive friends as well as the classic star-crossed lovers trope we love in a romantic movie.

Related: Why an outfit from ‘Maid in Manhattan’ is my autumn style inspiration

J-Lo is a hard-working single mum who works as a maid in a five star New York hotel. A case of mistaken identity leads her to fall in love with someone considered ‘out of her league’ and chaos ensues.

We’re not so sure the premise of the film would fly in 2019 but something about the feel-good ending of this one keeps us coming back for more. 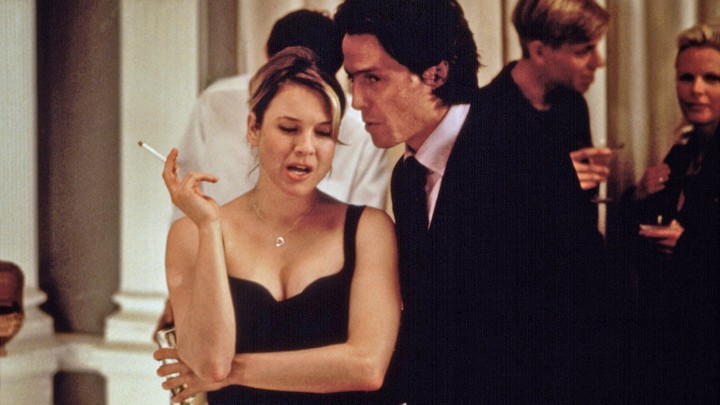 Has any rom-com heroine ever felt more relatable than Bridget Jones?

Everything from her disastrous dinner party, always saying the wrong thing, obsessing over her weight, smoking too much, giant pants and too-short skirts make Bridget truly feel like one of us. Plus, her rendition of ‘All By Myself‘ is still one of the most iconic scenes that never fails to make us want to be there with her, wailing into a hairbrush too.

Also, what’s more fun to watch than a messy love triangle? Getting to watch Colin Firth and Hugh Grant fight it out (quite literally at one point) over Bridget makes us howl with laughter every time. 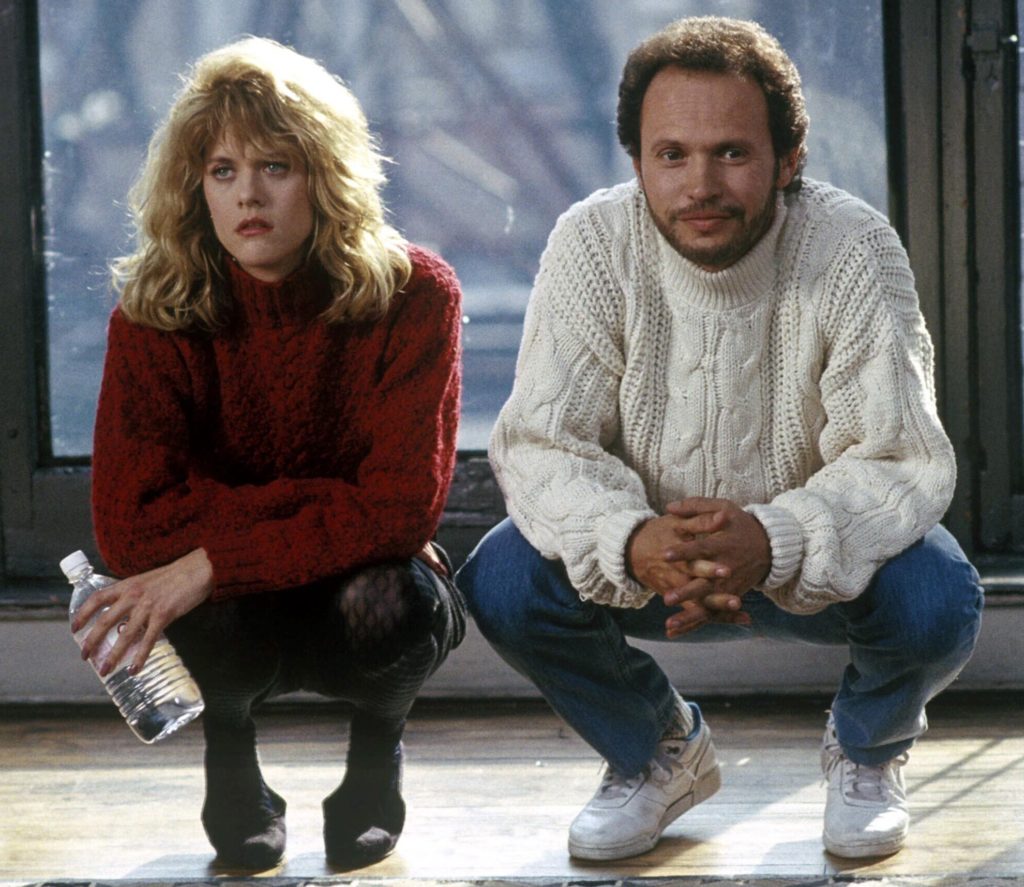 The rom-com to launch a thousand rom-coms, When Harry Met Sally is often credited as the first and the best in its genre. For us, it can’t sit anywhere on this list but at number one.

Nora Ephron, arguably the queen of the romantic comedy, hit gold with this film (likewise with Sleepless in Seattle and You’ve Got Mail but sadly, neither are on Netflix).

It’s a perfect blend of funny and romantic as we follow the couple throughout their lives. The viewer, too, falls in love with neurotic and quirky Sally — just watching her order in a restaurant is enough to make you find her adorably annoying. We also love to hate the stubborn and sometimes infuriating Harry who is self-obsessed and brutally honest.

But throughout, we are cheering them on from the sidelines hoping they get together in the end, always asking ourselves can men and women ever really be just friends?

Read more: Why eighties rom-coms are my ultimate style inspiration

Read more: The most iconic beauty looks from films you love

Read more: 5 films and series to watch on Netflix this weekend