In case you needed further proof that the Duke of Cambridge is in fact, one of?the coolest people ever, here it is. Prince William has become the?first member of the royal family to appear on the cover of a gay publication. ?Kate usually steals the spotlight, but we’re (metaphorically) high-fiving William for fronting Attitude, a gay magazine in the UK, to speak out against bullying people?over their sexuality.

According to the BBC, William called on young people being bullied for their sexuality to seek help. “No one should be bullied for their sexuality or any other reason and no one should have to put up with the kind of hate that these young people have endured in their lives,” he said. As well as appearing on the magazine cover, the second-in-line to the royal throne also invited members of Attitude and members of the LGBT community to?Kensington Palace to speak about their lives and the struggles they had endured. 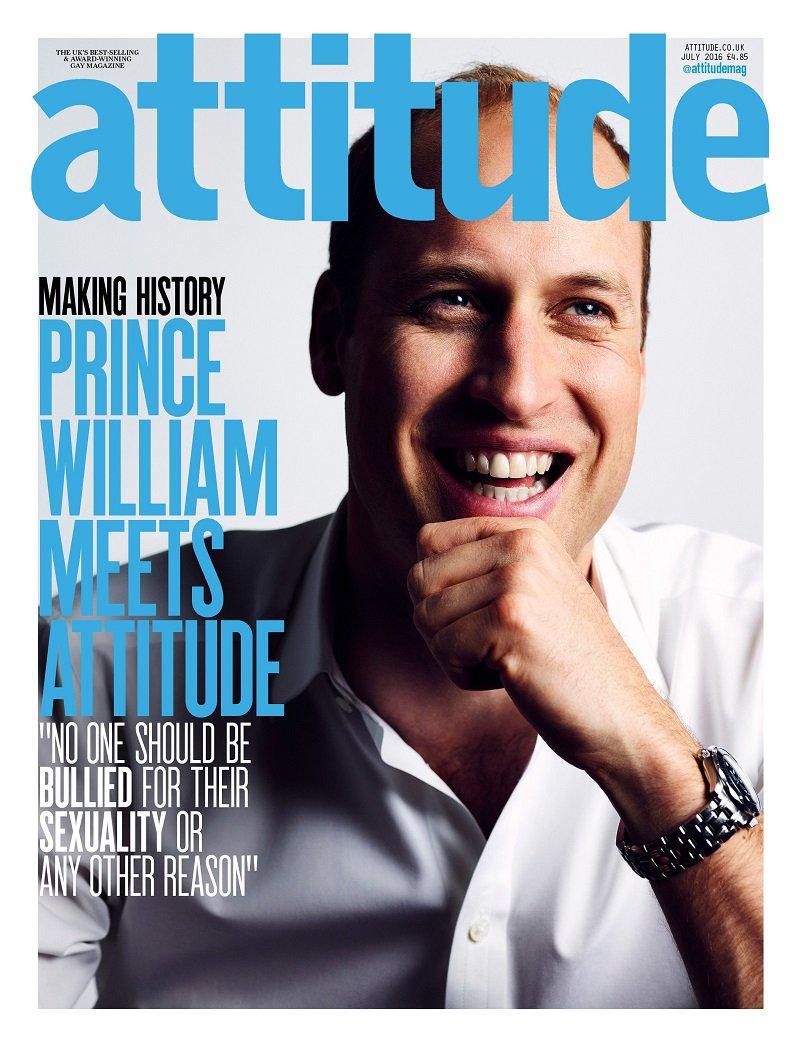 “The young gay, lesbian and transgender individuals I met through Attitude are truly brave to speak out and to give hope to people who are going through terrible bullying right now. Their sense of strength and optimism should give us all encouragement to stand up to bullying wherever we see it,” he continued. “What I would say to any young person reading this who’s being bullied for their sexuality: don’t put up with it – speak to a trusted adult, a friend, a teacher, Childline, Diana Award or some other service and get the help you need.”

The cover reveal is particularly?poignant after the harrowing shootings in a gay nightclub Orlando at the weekend. In what has been dubbed the worst mass shooting in US history, the attacks left 49 dead and over 50 injured. ?William and Duchess of Cambridge, visited the US Embassy on Tuesday and signed a book of condolence for the victims, later meeting representatives from the US embassy’s LGBT network, according to the BBC.

The interview is also striking because William is a future King and so a smiling Prince on the cover of a gay magazine is a positive sign that the monarchy fully supports diversity among its people – he’ll one day be head of State in the UK and 15 other countries – some of which discriminate against gay people.

“The Duke of Cambridge is working hard to support the fight against bullying and to help break the stigma around mental health.?He knows that LGBT young people suffer unacceptably high rates of bullying and he was grateful to Attitude for facilitating such a serious conversation on this topic. He was moved by the stories he heard and impressed by the positivity and courage of the people he met,” added a Kensington Palace spokesman.