Prince Harry Is Apparently Very Into His New Girlfriend

LONDON, ENGLAND - SEPTEMBER 14: Prince Harry is interviewed by Claire Balding backstage at the Invictus Games Closing Ceremony during the Invictus Games at Queen Elizabeth park on September 14, 2014 in London, England. The International sports event for 'wounded warriors', presented by Jaguar Land Rover was an idea developed by Prince Harry after he visited the Warrior Games in Colorado USA. The four day event has brought together thirteen teams from around the world to compete in nine events such as wheelchair basketball and sitting volleyball. (Photo by Chris Jackson/Getty Images)

Prince Harry, the Bachelor Prince, who we all love to think of as an irresistible’scoundrel as opposed to someone who actually dressed up like a Nazi for a party, is apparently in love. Yes, a woman may exist who can ?capture? this titled and wealthy man, and she’s a Doctor Who actress. Can this save the BBC from the Tories’ critical overtures?

Prince Harry has been reportedly enamoured with actress Jenna Coleman for some months now. Cressida who? (Bonas, aspiring model/actress with a dance background.) 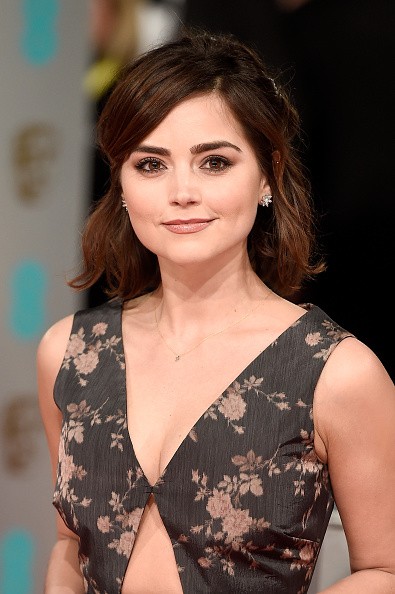 Jenna is familiar to millions of science fiction fans around the world for her role in Doctor Who, in which she plays the assistant to the titular character. She’s also somewhat known for her relationship with television’s other beloved prince. Jenna previously dated Game of Thrones? actor Richard Madden, who played Robb Stark in the hit HBO show and recently reprised his royal skills for the role of Prince Charming in Disney’s recent live-action adaptation of Cinderella. Let’s speculate with tenuous evidence that Jenna has a type.

Jenna and Prince Harry were first linked as potential paramours in June, after various news outlets said the pair struck up some chemistry following a polo match the royal played in. Weeks later, and it appears that the alleged couple has been incessantly texting, according to The Sun. The Daily Beast writes that Prince Harry has been in constant communication with Jenna while in Africa, where he is completing charity work.

What do you think? Don’t they make a lovely couple?

?Via The Daily Beast