Are you an expectant mother or know of any mums-to-be? The transition into motherhood isn’t always easy and it can sometimes lead to serious self-doubt. That’s where Fran Buckley comes in. Fran is a psychotherapist at at mindwellness.ie and she’s encouraging pregnant women to paint their bumps for Maternal Mental Health Day in May.

It’s the second year she has run the event with her good friend Elva Glynn, a fellow psychotherapist at State of Mind. Both women are determined to help others open up about the difficulties of early motherhood, and they want women to know they’re not alone when things get tough. Speaking to IMAGE.ie, Fran says, “The campaign is about getting rid of the idea that we easily transition into mothers and that it’s effortless. Because it isn’t.” She adds, “There’s so much expected of us. The campaign is all about how we can support each other better in that. There’s no big organisation in Ireland for this. If a woman is struggling after giving birth and she goes to a GP, they’re generally put on a waiting list for a few months before they get an appointment. That’s just not good enough.” 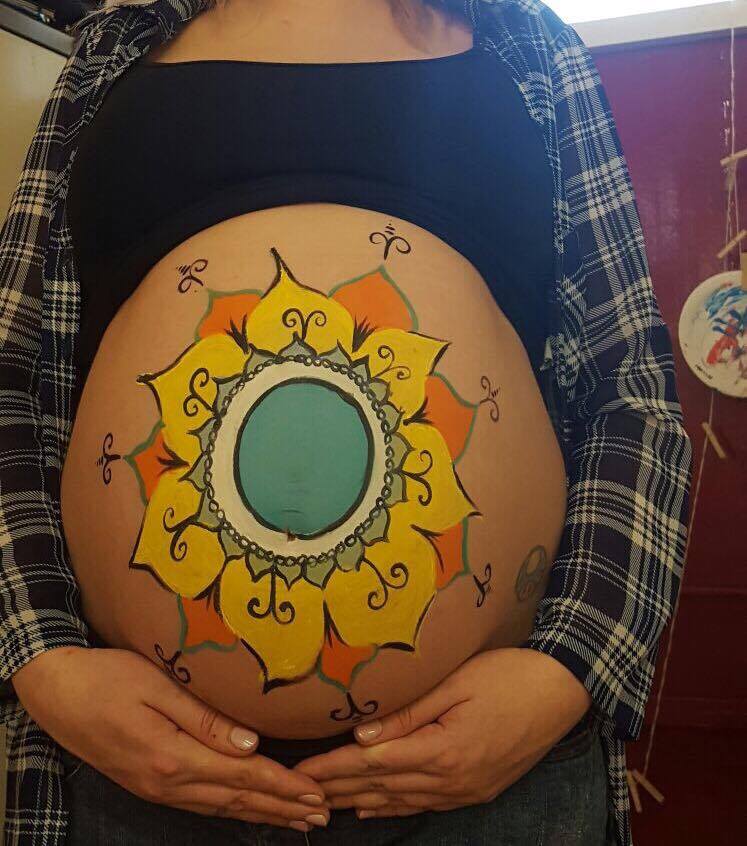 Fran and Elva have organised three #PYB2018 events around Ireland – one in Dublin, Galway, and Letterkenny – but they’re also encouraging women to paint their bumps at home. “For my first pregnancy I painted my bump at home with my husband,” Fran explains, “and if you’ve other children they can get involved too. The whole family can participate, and it’s a great way to prepare an older child for the new arrival.” She recommends using children’s face paint for the activity, as it’s safe for both bump and baby. 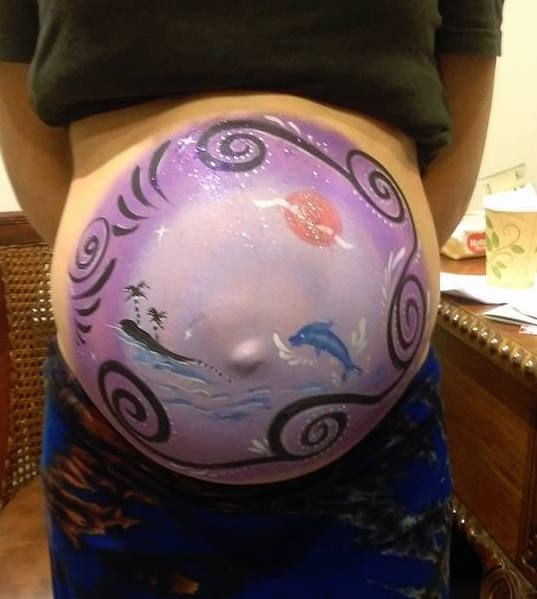 “I’m actually 28 weeks pregnant myself,” she reveals, “so I’ll be getting my own bump painted. Rita, the lady who’s doing the Dublin event, she’s going to paint mine and I’m so looking forward to it. I’m going to go for a butterfly design this time.” 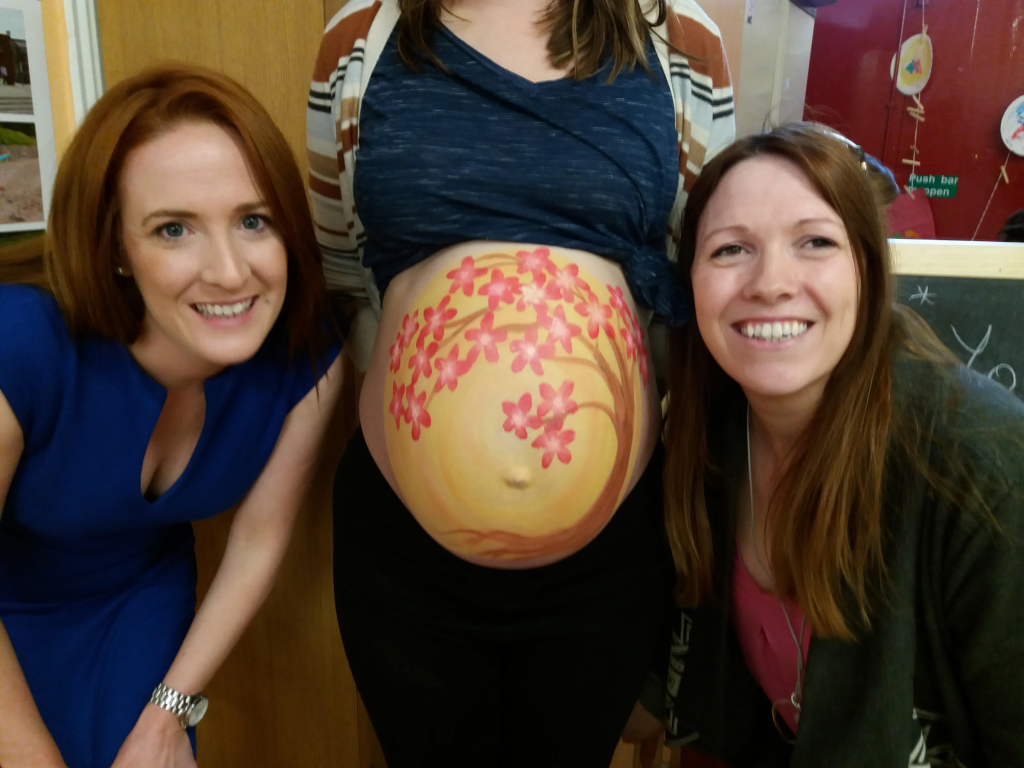 Fran has always been interested in women’s mental health. “I suppose it came from my own experience of becoming a mother. I went on to work for a charity with women who suffered from postnatal depression. Then, in private practice, I saw a lot of clients struggling with their transition into motherhood – during pregnancy and then when they became a mum.

“It’s possible for women to have a period of the ‘baby blues’. It’s very common – you have a week or two where there can be a slump in hormones, and that can set you feeling weepy and very unsure of yourself. I experienced that myself.” In fact, research suggests up to 90% of new mothers will experience this dip in their moods.

“The more we talk openly about our real experiences, the less isolated women are going to feel, the less they will harbour feelings of shame and guilt, thinking, ‘I’m not getting this right’.” But talking openly isn’t something we’re used to. Fran says, “A few weeks after my daughter was born, I was exhausted, and I remember saying to a family member, ‘God, why don’t people talk about this?’ I didn’t have postnatal depression but I was going through a huge transition. I remember so many people saying to me ‘sure you couldn’t tell women about this, it would just frighten them’. And I thought ‘no, it frightens women more by not speaking about it.’” 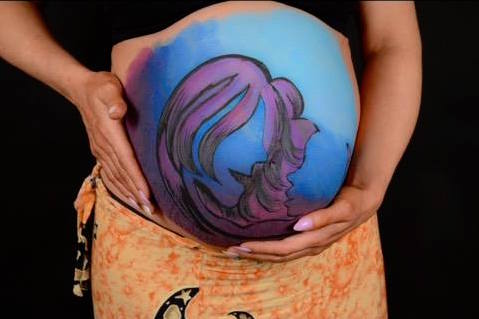 From that moment, Fran decided she was going to talk freely about the real struggles that women go through. “For me, tiredness was a huge thing. When you’re tired it’s like wading through treacle. You’re already exhausted because newborns generally don’t sleep, and you have this new little person that you have a massive sense of responsibility for. The sense of responsibility is so big. And also, everything felt so different. My home felt very different. I just remember feeling like my old life was gone and I didn’t quite know how to be in this new life.

“There’s this image out there that you’ll give birth and immediately fall in love with your child, but that doesn’t always happen – great if it does – but it’s not always realistic. I think the danger in that is when women feel they’re failing. Thoughts like ‘Mary down the road doesn’t seem to be struggling’, or ‘such-and-such seemed to be doing so well’ can harbour feelings of isolation.”

She notes that becoming a mother may impact your relationship with your partner, adding that nobody speaks about the sense of loss you can feel for your old life. “That sense of loss doesn’t mean you’re a bad mother. It just means you’re going through a normal process. Something has ended for you, and something new has begun.” 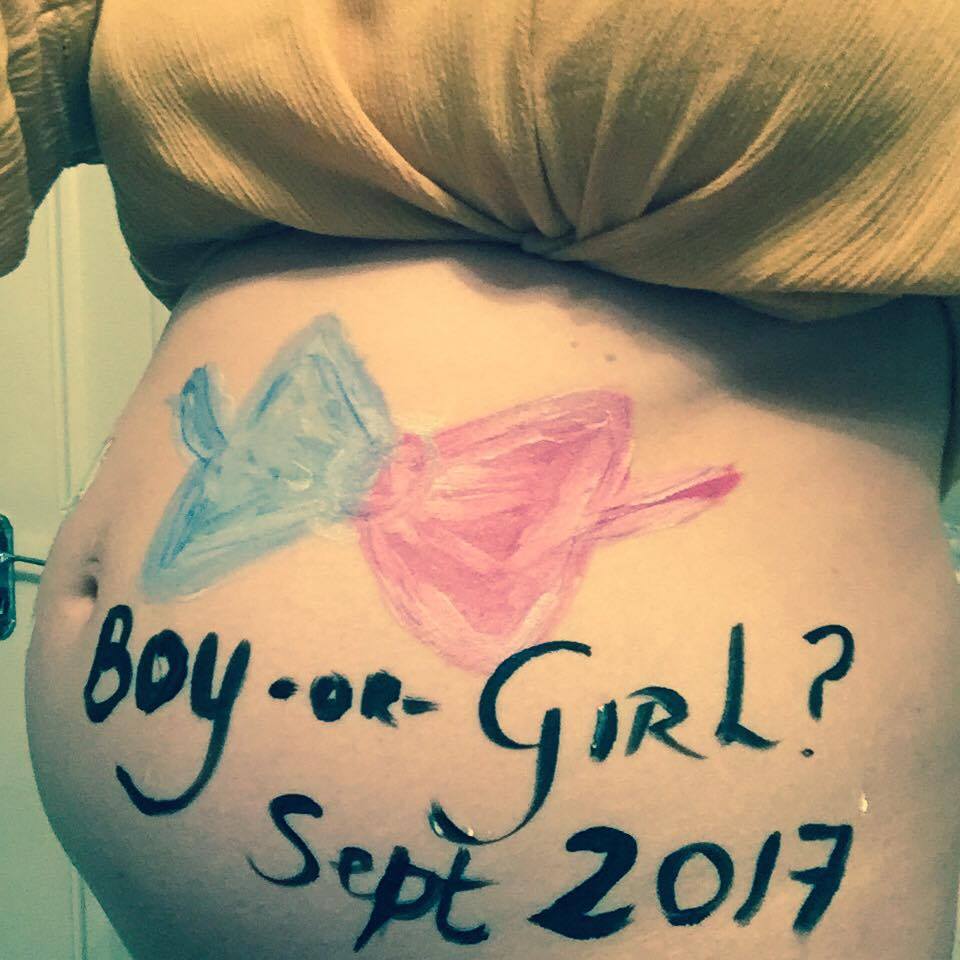 “It’s a fun day where women can come and get their bump painted. It’s a lovely thing to get done, actually. It’s really nice to have that moment captured. In Dublin, we’ll have free goody bags as well – a company I used to work for has donated baby products.” There’ll also be a ‘baby sling cafe’ so women can learn how to properly carry their baby in a sling across their bodies. “Rita Mahon, who paints the bumps, is a doula and she does a lot of work around breastfeeding and support, while I’m an advocate for women’s maternal mental health. Generally, it’s a fun morning to get the conversation started.”

Fran and Elva do this on a voluntary basis and they plan to run another set of events later in the year. “There may be women who are only 12 weeks pregnant now and it’s a great opportunity for them to get painted as well. Plus, it keeps the awareness going. We’re hoping to do another event linking in with World Mental Health Day, which is on the 10th October.”

Newsflash to men who say “babysitting” to talk about parenting: there is no start or end to parenting