After all the luminous reviews I had read both online and in print, I was super-excited to try Ronan Ryan’s newest venture, Pizza e Porchetta. It represents something of a re-visit for Ryan as the premises also housed a previous venture of his, The Bridge, before he moved further along the food chain, if you will! After other endeavours on his food odyssey brought him back to this Grand Canal address, we can only be joyful at all the tricks of the trade he has picked up along the way.

Pizza e Porchetta features the merging of two gloriously authentic Italian dishes. Pizza, you know, dear reader, but perhaps not in this incarnation- more later. Porchetta is a traditional Italian celebratory dish comprising of succulent, moist-boned pork that is layered with stuffing, meat and fat, then rolled and roasted – usually over wood. It is a common street food in Rome, served on a panino and is now one of a list of traditional foods held by the Italian agricultural minister as having cultural relevance.?The good news for us is that Pizza e Porchetta is one of the only places in Dublin to do it and certainly to do it to this standard. 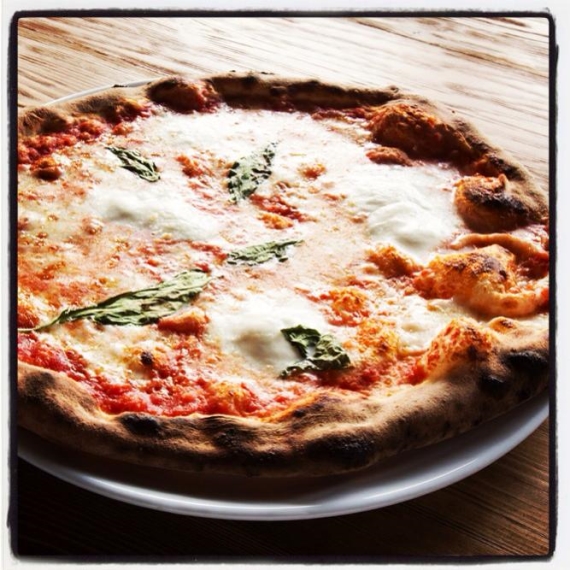 So far, so hungry?

So what did we eat? To begin I had the River Caf? Californian baby squid, €12, with chili, rocket and lemon. It was wonderfully done, with gorgeous flavour. My pal had the chicken and bread salad with red onion and lemon, which was light and tasty, €13.

For mains I had the House Porchetta pizza with chili and herb oil, €16. To this I added artichoke and capers as I like a little tang with pork. Now, without sounding overly effusive, this pizza knocked my socks off.? Perfectly crispy at the base, with a dusting of flour that comes from the wood oven, the thin slices of porchetta were a total taste-bomb for something so finely sliced. 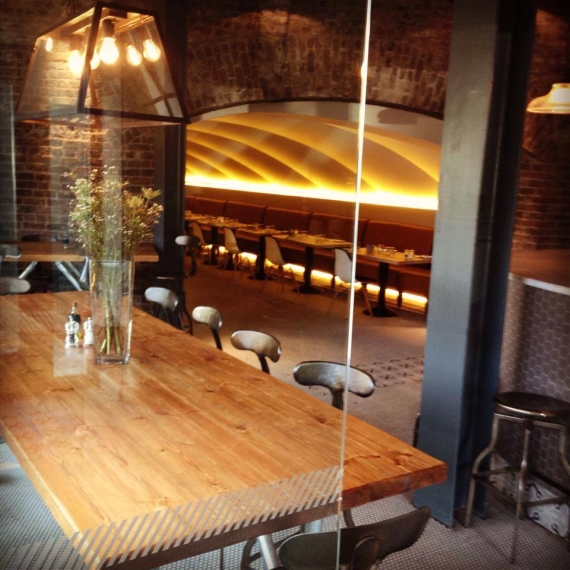 The Wood-fired Porchetta, €20, arrived to the other side of the table and food envy struck almost immediately. Thankfully my dining partner saw my green eyes and had the foresight to share! It was a beautiful hunk of succulent fragrant slow roasted pork, served with kale, pickled apple & pear and a grain salad. To say it was sublime would be a? dangerous understatement, so I won’t. It was heavenly. Paired with a serving of Panelle, €5, which are Sicilian fritters made from grain flour which we couldn’t finish despite their delicious zesty lime-juice dressing and perfectly crisp exterior.

Throughout the main course we drank a bottle of Pecrino Torre dei Beati, which was recommended we try as a typical Italian easy drinking wine. It sits on the menu between Sauvingnon and Chardonnay price-wise, and we found it to be a tasty, floral, light wine. A new Summer favourite is born.

We finished by sharing the desert special of the day; a cappuccino mousse with caramalised brioche which consisted of a light aerated foam over an equally light mousse with chunks of sweet, crispy brioche for dipping’reminiscent of the best coffee of your life you’ve yet to have!

Our final indulgences were a pair of Margaritas (again, perfectly judged), and as we drank them we appreciated the pianist’s tongue-in-cheek tinklings of Pharell and Lily Allen tracks. We left swearing to return to this buzzy, warm Italian every week.