It’s no secret that A-listers have to stand on ceremony and embrace the Oscars in all their serious and pompous glory, so this means that they can have a little more fun with the likes of the SAG Awards red carpet.

There were the frankly sartorial displays from the likes of Nicole Kidman in sequined Gucci (we weren’t feeling it), Julianne Moore in lime green Givenchy (which many didn’t like), Emilia Clarke in hot pink Dior and Laverne Cox in slashed Prabal Gurung. We also loved Saoirse Ronan’s playfully pink Michael Kors. 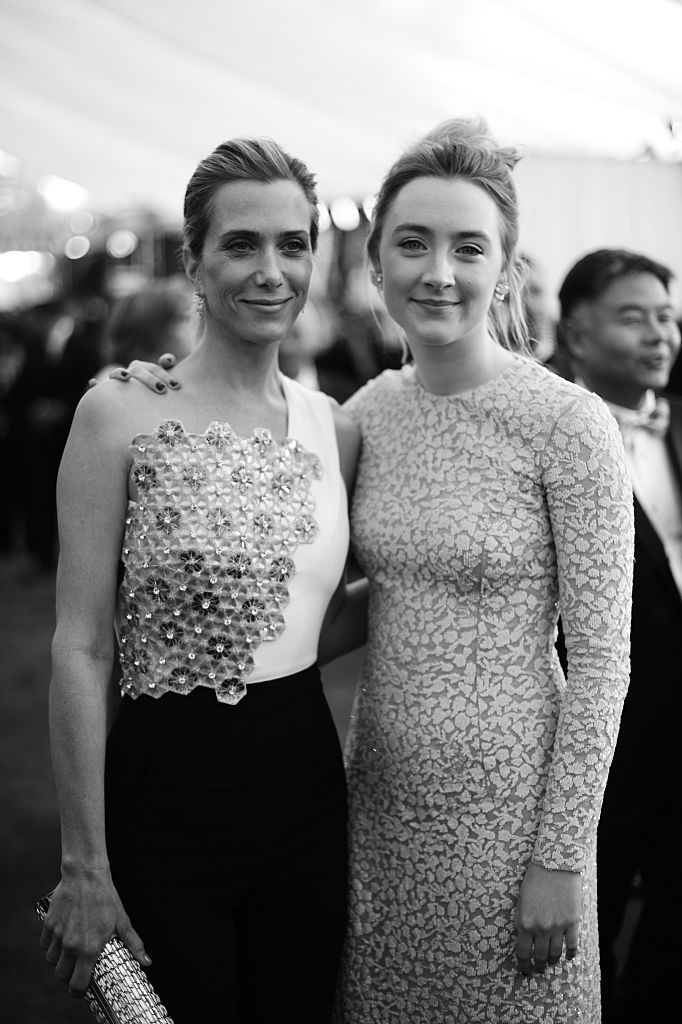 Daring plunges also featured (Eva Longoria); eye-catching splits (Alicia Vikander in one of the best of the night in a shimmering Louis Vuitton) and bright colours were all present, but the truly stand-out hue of the night was blue. This can be a tricky shade to?wear,?but the likes of Brie Larson,?Diane Lane,?Naomi Watts, Claire Danes, January Jones and Maisie Williams all?pulled it off with aplomb. Black also featured in dribs and drabs with Rooney Mara winning in Valentino.

You can see more red carpet highlights in our gallery above.

As for the awards themselves, the main contenders scooped trophies, including Leonardo DiCaprio taking Best Actor for The Revenant, Brie Larson adding another to Room‘s mounting winning pile for Best Actress (yay!) and Alicia Vikander taking home Best Supporting Actress for The Danish Girl. It’s a sure sign that they will all take home the main prize on February 28th. ?All that aside, diversity was arguably the biggest winner of the evening, in stark contrast to the #OscarsSoWhite controversy, with Idris Elba, who won two awards, Viola Davis, Uzo Aduba and Queen Latifah all receiving honours. In terms of TV, Downton Abbey, Spotlight and Orange Is the New Black all won the ensemble awards.

You can see the full list of winners below:

Performance by a Cast in a Motion Picture

Performance by a Female Actor in a Drama Series
Claire Danes,?Homeland
Viola Davis,?How to Get Away With Murder
Julianna Margulies,?The Good Wife
Maggie Smith,?Downton Abbey
Robin Wright,?House of Cards