Phibsborough is officially the 27th coolest town in the world! Here’s why

Dublin’s own urban “hood” of Phibsborough has been officially dubbed as one of the Coolest Neighbourhoods in The World by Time Out magazine.
There’s no question about it, Phibsborough has seen a considerable revival of late. Although eternally loved by its locals, the borough had previously been relatively off the radar until gentrification came a-knocking, and now it’s a very different place from what it was 20 years ago.

Take a stroll around the D7 suburb today and you’ll find an endless array of trendy cafes, bars and shops standing alongside establishments that are steeped in centuries-old history. A place that’s as much about the local characters (such as the infamous “Bang Bang”) as it is about the longstanding local businesses and historical attractions that pepper its landscape, it’s certainly about time the world took note of this “Dublin 7 hipster heaven”.

Below are our favourite features that are worth checking out in Phibsborough (AKA Time Out magazine’s 27th Coolest Neighbourhood in The World), but first, let’s kick this off with some key facts about the area… 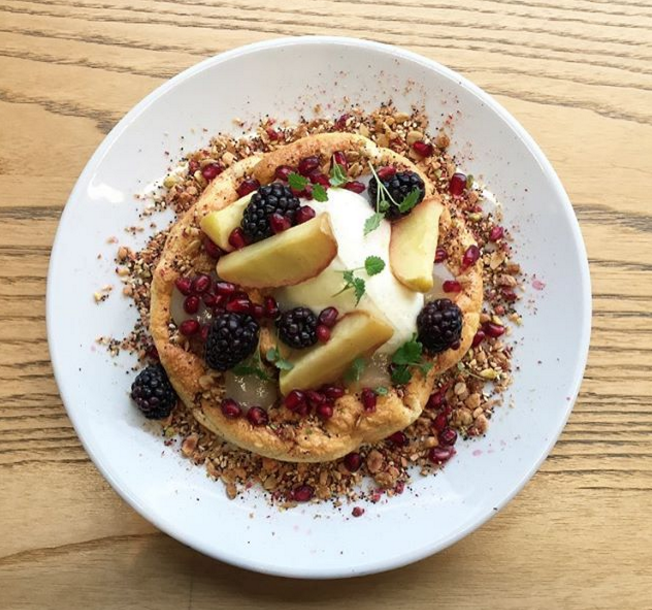 The well known deli-come-café-come-quirky vintage shop on Leinster Street North was named after Dublin legend Bang Bang. Particularly famous for its mouthwatering brunch burger, we also swoon over the array of artisan products, not to mention the lovely, jovial individuals who work there.

Looking around this buzzy trendy cafe, with its high ceilings and minimalist design, it comes as no surprise that the TBB creators (Kevin Roche and Taurean Coughlan) were influenced from their time spent living in Melbourne. Meticulous attention to detail is applied to every dish, from the bagged muesli (my mother’s favourite) to the adventurous weekly specials, and don’t get us started on the hotcakes, or that liquid gold they call coffee.

A combination of deli, bakery, carvery and wine bar, Woodstock promises the perfect location for a hearty feed and a catch-up. Serving slap-up breakfasts, home-made cakes, wholesome salads, gorgeous wines and coffee, you’re bound to find something on the menu that’ll tickle your fancy and taste buds, in equal measure.

The White Moose Cafe rose to local fame due to their outrageous (but brilliant) interactions and declarations on social media over the years. Dubbing themselves “the only 5-Michelin-Star restaurant on planet Mars”, they don’t take themselves too seriously. What they do take seriously, however, is the food they serve up. The pancakes are particularly good, as is the grilled chicken burger. You’ll get a laugh out of the menu, too. We’ll say no more.

Related: Where To Wine & Dine In Ranelagh 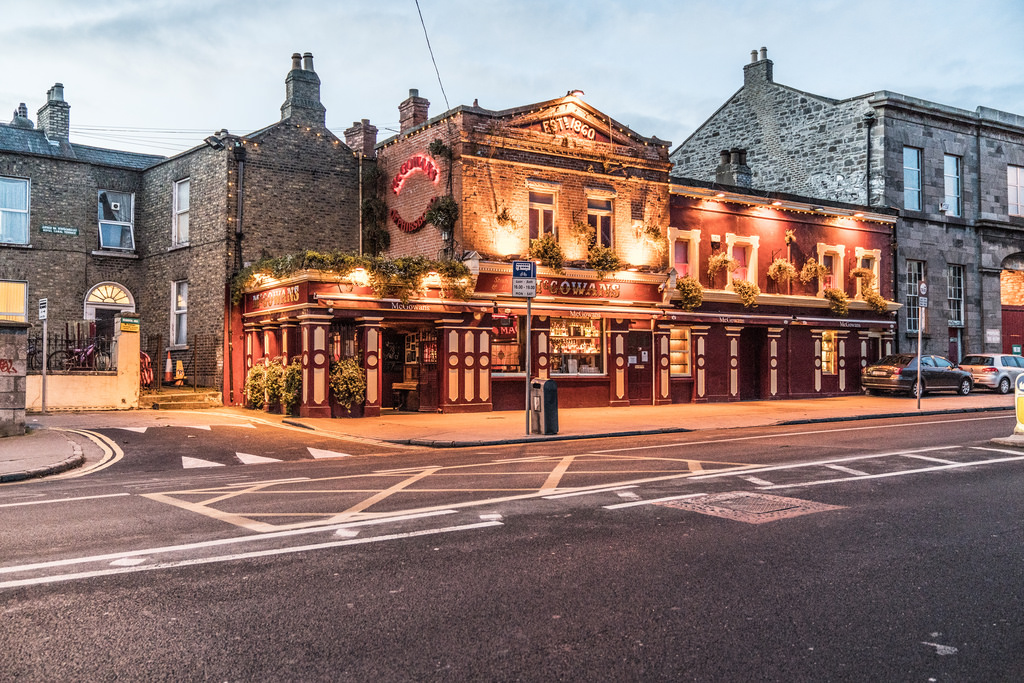 (Technically Glasnevin, but Phibs locals generally see it as their own)

With so many cultural attractions in the surrounding area, Hedigan’s The Brian Boru is the perfect place to sit down to a drink after all your cultural excursions. But don’t be fooled by its humble interiors, this place is steeped in history.  Deriving its name from Brian Ború (High King of Ireland who camped at the site with his army prior to his victory in the 1014 Battle of Clontarf), this pub also gets an honourable mention in James Joyce’s Ulysses.

McGowans holds the title of Phibsborogh’s only nightclub, beloved by nurses and guards alike. Four generation of McGowans have made their mark on this landmark pub, turning it into a location that boasts a continuously lively atmosphere, good service, and lots of special offers.

Another hipstery location, The Back Page is run by Bodytonic, the crew behind Dublin’s MVP and The Bernard Shaw. But this isn’t a copy-and-paste job, as you’ll notice that TBP has an authentic Phibsborough feel to it, filled with colour and shtyle. Alongside a wide selection of beers, the TBP team also take great pride in their pizzas, and their weekly Friday night quiz attracts throngs of crowds every week.

“Not another craft beer and gin bar”, we hear you groan. But this gastropub has more to offer than just that, we promise. With a distinctly homely feel, this city centre tavern offers a lovely relaxed setting, featuring a roaring fireplace and a wide range of moorish, comforting dishes such as Mexican Quesadillas and Overnight Braised Blade of Beef (served until 10pm).

Not be missed if you are partial to a well-preserved Victorian pub. The Hut has seen hardly any changes in appearance since it was first built as a bar and grocery in the 1800’s, making it a local treasure. Everything from the elegant stone facade, the intricately carved solid timber doors, brass gas lamps and ornate mirrors have remained intact, and the current proprietors (The Mohan family), have also preserved the traditional values of the Dublin pub; good food, great pints, and friendly, open conversation.

Related: Ten places to eat, drink and be happy in Howth!

Consider this unexpected little refuge when you’re next in need of a few minutes of peace and solitude. The pond was a former water supply source for much of the area (including Power’s whisky company), but these days it is a semi-secret park where ducks are fed, hands are held, and dogs are walked.

Over 1.5. million Irish citizens have been laid to rest in this cemetery, including iconic individuals such as Michael Collins, Brendan Behan Éamon De Valera and Daniel O’Connell.  A tour around the cemetery promises incredible stories and insights, and if you head into the museum you can carry out a genealogy search to see if any ancestors have been buried there!

A gorgeous way to spend an afternoon, The National Botanic Gardens is one place that many Dubliners – to their shame – confess to never having visited. Particular highlights include the rose garden (the names of the various roses provide much entertainment) and the orchid room which, in the right time of year, is a true delight to behold.

This Church was erected in the early 19th century and its notoriety comes from the stunning stained glass windows that decorate its walls, some of which were created by Irish stained glass master Harry Clarke. Run by the Vincentian Fathers, it’s a long narrow, gothic style church full of historical and cultural significance for the area.

We all know the beloved Dublin ballad, “The Auld Triangle”, but what you might not realise is that it actually takes place along Phibsborough’s own Royal Canal! A stroll along its banks gives a lovely view of Dublin life its natural state. It also features a Brendan Behan statue by Binn’s Bridge. 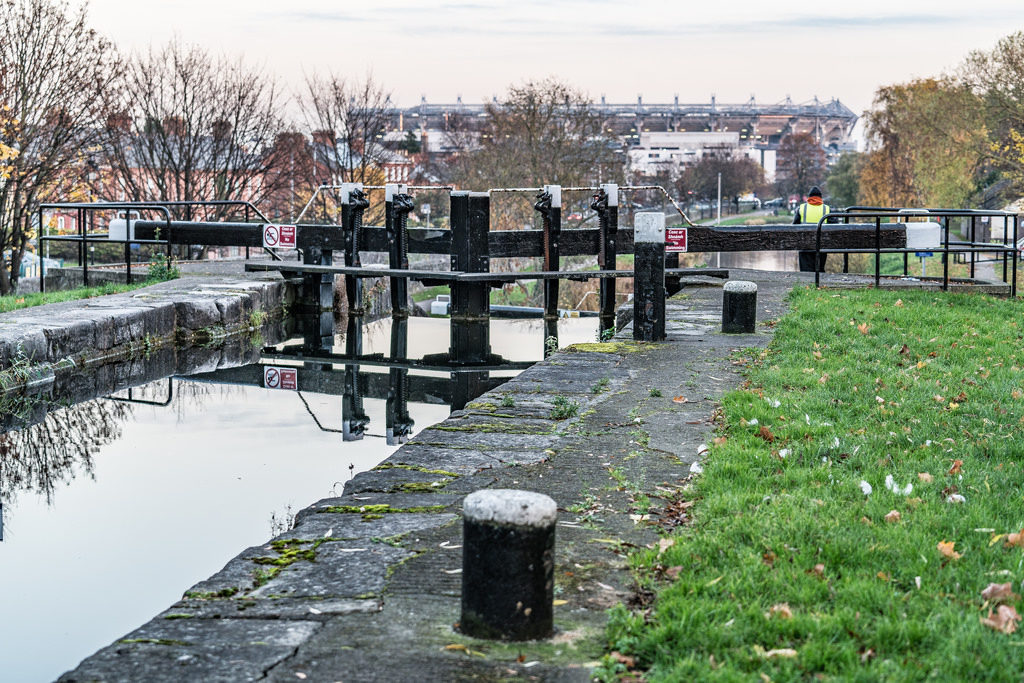