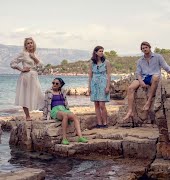 Meghan and Harry will wed on May 19 in a star-studded ceremony at St George’s Chapel in the grounds of Windsor Castle. The self-made millionaire and former actor has already been compared to Princess Diana for her outspoken views and desire to have a platform of her own. Amanda Cassidy asks if the monarchy is ready for an unapologetically feminist princess or if her hands will be tied by the constraints of this ancient institution?

Aged just 11, the young Meghan Markle wrote a letter to Hillary Clinton complaining the portrayal of women in a soap advert. It implied women only belonged in the kitchen. She complained that it was sexist and the language of the ad was subsequently changed. It sparked a passion for women’s rights that many admire in her today. The Suits star also spent time at the Myna Mahila Foundation in India last year, writing about its work to empower young women in education. It also happens to be one of the organisations nominated by Harry and Meghan for well-wishers to donate to in lieu of buying them wedding gifts.

There is no doubt that the royal wife-to-be stands out from Harry’s previous squeezes with her outspoken commitment to gender equality and the empowerment of women. But not everybody is ready for a princess like Meghan and the idea of her shaking up the monarchy isn’t everyone’s cup of earl grey.

This week, feminist author Germaine Greer spoke out about the couple-of-the moment, predicting that Meghan would ‘bolt’ from her marriage to Prince Harry based on the fact that she had a failed marriage in the past. Not exactly the #GirlPower support we would have expected. (Meghan split from her Hollywood Producer husband, Trevor Engleson after two years of marriage.) Germaine Greer said she doubted the royal marriage would last because of how much the former Suits actress would have to leave behind – her citizenship, her career and her privacy.

But isn’t this relationship proof that anyone can find their prince charming? We all saw that engagement interview, both clearly smitten, giddy about their future together. Surely, it is time for the stuffy Royal pomp and ceremony to evolve along with its younger members?

A new type of princess

Back in March, Markle made headlines for breaking royal protocol by hugging a 10-year-old student on a visit to Birmingham. It was a spontaneous act of affection but violated the hand-shake only rule in place for Royals. Harry and William have both spoken passionately about the stigma surrounding mental health issues – a subject that would have been swept under the carpet a generation before. Another unprecedented move in royal history, Meghan, still ‘just’ a royal fiancé, was asked to participate in the Commonwealth Heads of Government Meeting. A sign, perhaps of just how warmly, she has been welcomed into the royal firm and how ready people are for a change.

One could argue, cynically, that in such a position of power – Meghan has an obligation to ‘pick’ a topic to focus on. But long before she met Harry, Meghan was engaged in humanitarian work. She was part of One Young World which focuses on gender equality and has also worked with World Vision Canada and the UN tackling issues involving the empowerment of women. During one of her first speaking engagements, she stole the headlines with her comments about giving women a voice saying.;”You’ll often hear people say, ‘you’re helping women find their voices. I fundamentally disagree with that because women don’t need to find a voice: they have a voice. They need to feel empowered to use it and people need to be encouraged to listen.” She also used the opportunity to show her support for the Me Too movement and even suggested that the role of the younger generation of Royals should use their position to ‘shine a light’ on such issues.

But Meghan has another role that inevitably has to play – that of wife to a prince and that means she will have to follow many of the traditions that come with Royal life. But that doesn’t mean she can’t do things a little differently. The invitations to Harry and Meghan’s wedding addressed her as ‘Ms’ Markle, a noted difference between the traditional ‘Miss’ that her future-sister-in-law, Kate used in hers.

There is no doubt that this confident, mixed-race woman understands that being a feminist princess is not going to be a smooth ride. There is the dragging up of her past, the analysis of her family, the purist trolls who attack her genetics and of course, the hugely anti-feminist headlines that scream such drivel as “Does Meghan Need Botox?” or ” Meghan Went From A Seedy Los Angeles Tenement to a Palace” and the worst of all “Why The Royal Family Is Having A Bride Descended From Slaves”.

And then there are the inevitable comparisons to Princess Diana – and there are definitely similarities. Everything she does or says (or doesn’t say) will be analysed and misconstrued. It is all very well having an unconventional princess who feels passionate about using her position to harness change, but sadly, the reality is that Meghan Markle is in an impossible position – she is damned if she does and she is damned if she doesn’t. That is a story that is all too familiar. The saving grace is that Meghan seems to have brought out a side in Harry that displays a refreshing teamwork that hasn’t been as visible in the previous generation of royals. At a visit to a community radio station in Brixton, a member of the public spoke to Meghan about her wonderful work championing women. She turned and pointed to Harry and said, ‘he’s a feminist too!’. Harry went on to tell some of the young DJs discussing gender equality, “As males, we have to do our part or it’s not going to work”.

Perhaps because they are not directly in line to the throne, the couple will have a little more freedom to push the boundaries of change. There is no doubt that her charm and sparkle already looks set to corner the millennial market and at the end of the day, you don’t have to believe in fairytales, or even in the monarchy to wish this couple a happily ever after.

What we know about the wedding so far

The wedding between Meghan and Harry will take place on Saturday, May 19th at St Goerge’s Chapel, Windsor Castle, the same where Prince Harry was christened. The service begins at 12 pm. 600 guests, including Ms Markle’s both parents, are set to attend. At 1 pm, the newlyweds will take carriage trip for two miles around Windsor to greet well-wishers before returning to the Long Walk for their wedding reception. About 200 people will join them for a party that evening at Frogmore House.  Prince George and Princess Charlotte are likely to be page boy and flower girl and the bridesmaids are likely to be Canadian stylist Jessica Mulroney and Indian actress Priyanka Chopra.  Meghan’s wedding dress is rumoured to have been made by British couture company Ralph & Russo. And the most important part… yes, their wedding will be shown on live television.