We got on the phone with the superstar and her signature raspy drawl while she was in Paris to talk about her new record, future plans and her upcoming appearance at the Groove Festival in Bray next month…

Paloma Faith, her filthy laugh, big vintage hair and stylishly eccentric wardrobe crashed onto the charts in 2009 with her debut album?Do You Want the Truth or Something Beautiful? Her single New York dominated airwaves and in 2012 she followed that record up with Fall To Grace and a rake of award nominations. Last spring saw the release of her third studio album, A Perfect Contradiction, and announced her new direction. Don’t worry, the tartan suits and latex trousers are here to stay, but now Paloma wants to get loose, describing A Perfect Contradiction as ‘much more a ‘if it’s all gone to shit, f*** it, let’s have a dance’ kind of record.” We got on the phone with the superstar and her signature raspy drawl while she was in Paris to talk about her new record, future plans and her upcoming appearance at the Groove Festival in Bray next month.

You’ve been a dancer, an actor, a life model, a magician’s assistant and an Agent Provocateur shop assistant. Its all very Desperately Seeking Susan – which job has been your favourite so far and which was a nightmare?
The worst job that I ever did was washing plates for a caf?. I used to do ten hours a day and had a half hour break. After a while, I never wore rubber gloves, all my finger nails fell out. That was pretty shit. I was about fifteen and did that until I was about seventeen. And then my favourite job other than the one I’m doing now, it changes daily what I feel, but I feel Agent Provocateur today because I got such long lasting friendships out of it. I’ve been working quite a lot with people that I met working there. The girl who produces all my new videos and the girl who does my press photography are some people I met working there. We all got mutual friends that we knew from there – there’s somebody that works with Vivienne Westwood now. We all help each other out. 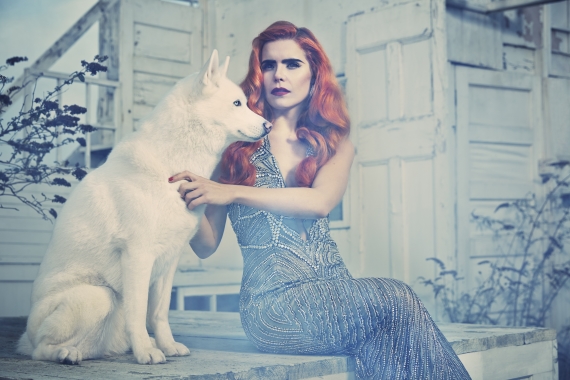 You grew up in a feminist household and have spoken in interviews about how close you are to your extended family – what’s the best piece of advice they’ve ever given you?
My mum told me nothing’s ever the end of the world and that’s set me in good stead because it means when things really feel terrible you’ve always got that feeling?time will heal over it. That gives me a Zen approach to life. It lets bad situations blow over a bit.

You’ve worked with John Legend, Plan B, and Pharrell. Have you got a dream list of people you want to work with in the future?
Andre 3000 is the number one person that I’d like to collaborate with.

Do you think you’ll pursue acting more? Because we think you and Bill Murray need to star opposite each other after that Graham Norton episode?
I agree with you on that. I’d love to. I’m actually about to go to Switzerland to shoot a?Paolo Sorrentino film. He’s an Italian film director who just did a film called The Great Beauty. He won the Oscar for best international film. I’m going to make a film with him tomorrow. It’s just a cameo, it’s basically me playing myself. But it’s not really myself, it’s me playing what he thinks I am.

You’ve taken Fifty Shades of Grey to task on the television show Room 101. What books and movies inspire non-disgust in you?
My favourite book of all time is Immortality by Milan Kundera. I also love the writing of Hanif Kureishi. I’ve read loads of his books. I’m reading The Last Word at the moment, which is his latest one. My favourite one of his I’ve read is The Body. Films? I love Holy Motors, the French one.?La Grande Bellezza by?Paolo Sorrentino, that’s Italian. I love the Monty Python movies. Early Woody Allen. I’m a bit of a mixture. I watch loads of stuff. I’m a big fan of David Lynch. Wong Kar-wai too, but I don’t think his films have been as good recently. 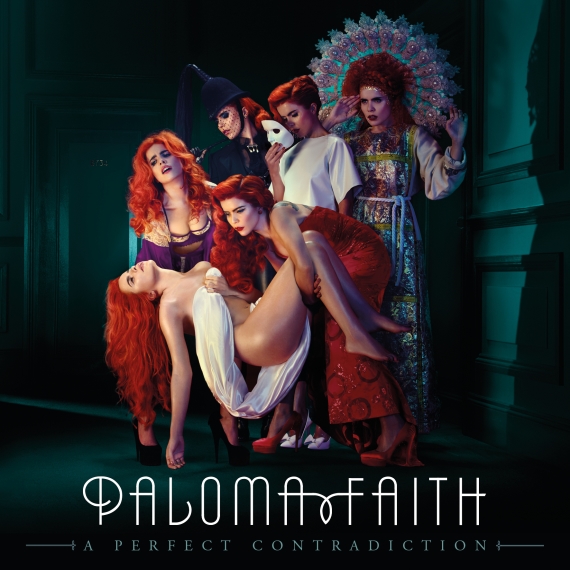 You’ve got the Groove Festival here in Ireland on July 5th. With festival season in full swing where has been your favourite place to play?
I don’t think that I’ve had enough experience to comment. It’s new for me to play at festivals in Ireland. I’ve only done one before and it was just me and Candi Staton (in the Iveagh Gardens in 2010). I feel like my best experience to date at a festival was in Scotland, T in the Park. That was brilliant! The thing that the Scottish have in common with the Irish is that they know how to have a good time, they’re all just yelling and singing and dancing.

For your eclectic on-stage wardrobe, how much input do you have?
Quite a lot because I’d never wear anything that I didn’t think was brilliant. But I’ve got a really good stylist called?Karl Willett. He knows what I like and I trust him implicitly. We don’t often disagree.

Your previous albums were full of songs and ballads about heartbreak meanwhile A Perfect Contradiction is much more dance-y. Why is that?
I think it’s because I fell in love and I was happier and it influenced the sound of my music.

To buy tickets for Groove and find out more about the festival go here,