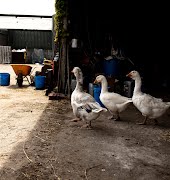 We’ve all been there. Secreting the copy of Fifty Shades of Grey or some such satisfying but mortifyingly trashy holiday read behind the cover of another book or safely within the anonymous confines of our Kindle. It needn’t be like this. Reading shame isn’t a prerequisite of the switch-off-on-the-beach summer read. To save your blushes, the following are a list of easy-but-sophisticated reads you can proudly wave aloft from the comfort of your sun lounger.

Ex-editor of Vogue Alexandra Shulman charted the fashion magazine’s centenary with her book Inside Vogue: My Diary of Vogue’s 100th Year. Shulman was, of course, the non-fashion person’s fashion person. “I can only stick so far to ‘Il faut souffrir pour être belle’. The less souffrir going on the better, I feel,” she reflects at one point. A welcome antidote to the uptight Anna Wintour, Shulman was always as much a journalist as a fashionista. (She is also the author of two fictional novels, The Parrots, a slow but entertaining read, and Can We Still Be Friends, an excellent summer read about a group of women living in London in the Eighties.)

Her account of life at the helm of one of the world’s glossiest publications is fascinating. She is wry, humble, cutting at times, and not afraid to send herself up. There is the requisite celeb content; a behind the scenes chapter on the Kate Middleton shoot, as well as appearances by the likes of David Bailey, Naomi Campbell, and Kim Kardashian. To counterbalance, Shulman’s struggles with her leaking boiler are an ongoing theme; domestic issues are woven throughout the narrative. In such an image-driven world as fashion, it is rare for someone to be so unabashedly honest about their own insecurities, failings and niggling worries. For that person to be at the top of their game makes this book all the more fascinating.

Also along these lines is Tina Brown’s The Vanity Fair Diaries, 1983-1992, charting the decade in which Brown essentially rescued this iconic magazine. Set in New York, the diaries are bursting with the upper echelons of American society and celebrity. Brown and modesty are at most passing acquaintances so she is a less likeable narrator than Shulman, but what she lacks in humility she makes up for in brilliantly observed anecdotes about lunches with Warren Beatty and parties with Donald Trump, whom she describes as having a “pouty Elvis face folded into a frown of self-castigation”.

Is there anything more satisfying in a holiday read than a glimpse into the hallowed world of the upper classes?  Following in the outsider-enters-this-world steps of Brideshead Revisited (an easier read than the 11 part TV adaptation might suggest; you will gobble up the early Oxford years in particular), and The Talented Mr Ripley, Elizabeth Day’s The Party is a thriller you will want to consume in one sitting.  Treat this as the beginning of a deep dive into Day’s back catalogue. It is not often that you will read four books by the same author on the trot and not get tired of their style, but for intelligent, perfectly paced writing leavened by emotional depth, Day is hard to beat.  Other female writes who stand up to a back-catalogue binge include Elizabeth Strout, Celeste Ng (whose Little Fireflies Everywhere is apparently Reese Witherspoon’s next TV project), and Donna Tartt (skip Little Friend).

Do not let the rather buffoonish nature of the Fry and Laurie TV adaptation put you off. There is a reason why P.G Wodehouse was one of the most widely read writers of the twentieth century. Set in the environs of the British upper classes, his is a world of stately homes, rich idiots, poor but dashing heroes, evil fathers with beautiful daughters, Jazz Age cocktails and the Charleston. Never has escapism been so stylish, so comforting, or so full of irreverent humour; “There are moments, Jeeves, when one asks oneself, ‘Do trousers matter?'”, muses Bertie Wooster. “The mood will pass, sir.” Something Fresh is an excellent starting point.

For further fantasy worlds of flapper dresses, shingled hair and tinkling glasses of champagne, Tender is the Night, F. Scott Fitzgerald’s final completed book is a fictional account of the demise of his marriage to Zelda, and has it all; the Swiss sanatorium, the tortured hero who has squandered his talents, the beautiful but unstable wife, and the French Riviera idyll. For further Lost Generation-lit, Villa America, by Liza Klaussman, is based on the real-life friends and muses of the Fitzgeralds, Irish-American couple Sara and Gerald Murphy.

Sarah Vaughan’s Anatomy of a Scandal combines a courtroom battle with a Westminster scandal with a deceitful marriage. Often compared to Apple Tree Yard (also an excellent read), the three perspectives used to unfold the narrative make this a just-one-more-chapter read. Once you have read one good thriller, for a time nothing else will do but more of the same. A.J.Finn’s The Woman at the Window is the latest this-is-the-new  Gone Girl. Skin Deep by Liz Nugent takes sticking power to get into but is a captivating read a few chapters in, and an excellent example of a thoroughly unlikeable yet compelling main character.

More than most, journalist Bryony Gordon has helped normalise conversations around struggles with mental health. In large part, it is due to the charming, funny, and breathtakingly honest nature of her writing. Her latest book, Eat, Drink, Run: How I Got Fit Without Going Too Mad, published next week, tells the story of taking up running in order to cope with her OCD, and in doing so, saved her own life.  She trained for the London marathon and interviewed Prince Harry about his own struggles with his mental health. For other beautifully written confessionals by women you will instantly want to befriend, see Clover Stroud’s the Wild Other: A Memoir. Her beloved mother is injured in a horse accident when Stroud is a teenager and left alive, but permanently brain damaged. Stroud’s elegantly written book charts her subsequent dramatic careening off the rails, written from the perspective of the present, as she is now, a mother of fi