Omar Sharif, one of the most ground-breaking actors of his generation, has died at the age of 83. Sharif was considered one of the most handsome and talented actors of the 1960s and made his career in timeless movies like Lawrence of Arabia, the musical Funny Girl and the romantic melodrama Dr. Zhivago.

He died in Cairo this morning of a heart attack, Variety reports. Earlier this year it was announced the Egyptian actor had been suffering from Alzheimer’s disease. 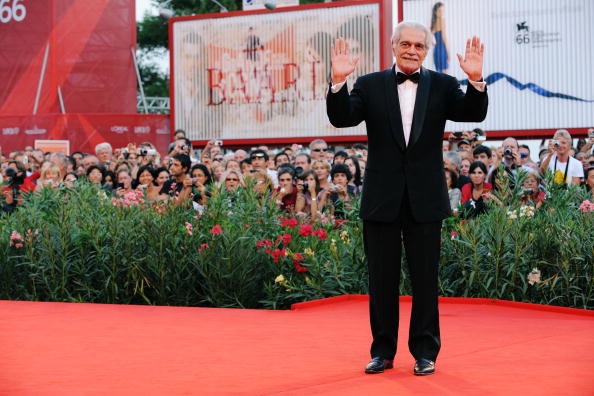 Sharif first came to the world’s attention in Lawrence of Arabia in 1962, starring opposite Peter O?Toole. He earned an Oscar nomination for his English language debut and worked steadily in the movie industry in the following decades. He was heavily criticised by his home country’s government for when he starred opposite Barbara Streisand in Funny Girl, as Streisand was a huge supporter of the state of Israel.

Sharif was the first actor from the Middle East to break Hollywood and his success continues to inspire.?He?attended last year’s Dublin Arabic Film Festival premiere and appeared on The Late Late Show with Irish director Jim Sheridan. Sheridan said that he was inspired to get involved with a festival showcasing cinematic talent from the Arab world in a bid to find the next Omar Sharif. In an interview with The Guardian, Sheridan said about an encounter with Marlon Brando: ?After 9/11, he said something very interesting. He said that the problem with 9/11 is there’ll never be another?Omar?Sharif. And I thought, you know what, Marlon’s probably right in a normal world, but I’ve seen a good few actors. I thought that was a challenge.”

Sharif was also an internationally renowned bridge player and enjoyed syndicated columns around the world. He is survived by a son and two grandsons.