To age is a sin. That’s what Madonna said, and well, she hit the nail on the head. She was speaking about the entertainment industry, but that premise is everywhere: from politics to fashion, film and newspapers, there’s no greater crime a woman can commit than not being eternally young.

Never is this more realised than during award season; Hollywood automatically favours the young. In a refreshing turn of events, more experienced actresses such as Olivia Colman, Glenn Close and Patricia Arquette are podium darlings in 2019, but it seems, even awards and accolades are not enough to fend off ageism – not if you’re a woman.

Many things can work against you in the industry such as being a feminist or gender, but it’s your age that deduces another level of fear. Take The Favourite actress, the sublimely talented Colman. No sooner had she accepted her Golden Globes trophy earlier this month, the field of questioning by the press soon focused on something that had absolutely nothing to do with her win: her age.

The very first journalist to ask her a question during a post-win interview addressed her age, saying: “If I’m correct, you started acting in television and film a bit later in your career?” 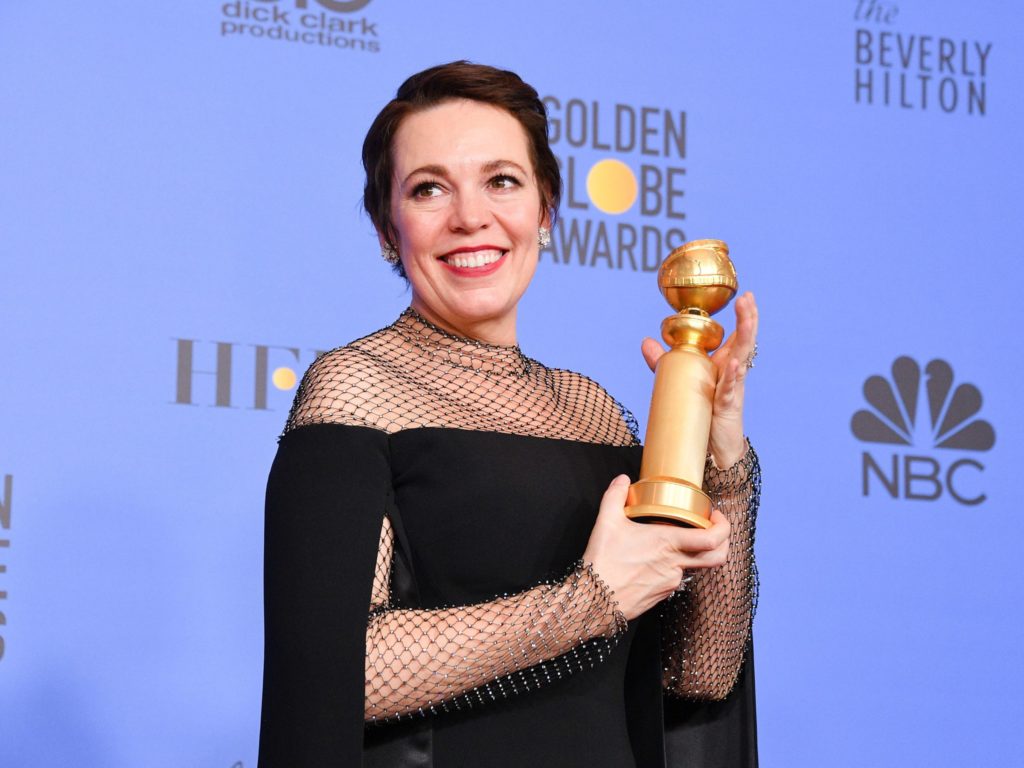 To which Colman cut in:

“I’m not sure what ‘later’ means. How long do you have to be acting for it to be later? I was in my 20s. I think that’s perfectly reasonable.”

Not reasonable enough it seems, as now the Oscar nominee has admitted she has battled with Wikipedia over her age after they added eight years on to it on her page.

Colman who is 44 (and not 52 as was previously written), said she got in touch with the online free encyclopedia with a false name so as not to appear “vain”. Even that is problematic; the fact that her automatic response was to hide her identity in case she, as a woman, is deemed “too into” her appearance.  Or not enough as is the other side of the coin.

But when they didn’t get back to her, she got in touch again and revealed her true identity. “I emailed them, pretending it wasn’t me. [I wrote] ‘I was at school with her and that’s not her birthday’. I didn’t want them to think I was being so vain,” she said of the incident which happened some time ago.

“I didn’t get a reply, and wrote again going ‘sorry guys, but I know it’s wrong’. And they didn’t reply,” Colman revealed on a new podcast hosted by her former Broadchurch co-star, David Tennant.

“So I said, ‘actually, this is me, and it’s really upsetting me that you’ve made me eight years older than I actually am.’”

The site finally amended her date of birth with Colman joking that she should have said she was younger.

And the ageism issue isn’t just confined to those who have hit 40 and over; it’s starting earlier. Oscar-winning actress Anne Hathaway admitted that at the tender age of just 32, she had been told she reached her Hollywood sell-by date. Maggie Gyllenhaal was pronounced far too old (at 37) to play the partner of a man over 50, and the then 28-year-old Olivia Wilde was told the same thing when she auditioned for the part that went to the then 22-year-old Margo Robbie in The Wolf of Wall Street. The late, brilliant Carrie Fisher was subjected to such shaming when some online ire found it fitting to debate her ageing between her first Star Wars film the most recent one.

Her tweet sums up what people – in Hollywood and beyond – obviously still need reminding of: “Please stop debating about whether or not I aged well. Youth and beauty are not accomplishments.”