Sri Lanka’s famous the world over as one of the most beautiful tourist destinations on Earth, but it’s less well known that it’s got Irish connections, too.

For starters, while working for Sri Lankan Airlines, entrepreneur and businesswoman Tess de Kretser met a certain Irish pilot named Cathal Ryan (Tony’s son). They married and raised a family in Dublin before Tess returned home to launch Olcote in Ceylon in 2016 as a very special luxury boutique hotel. 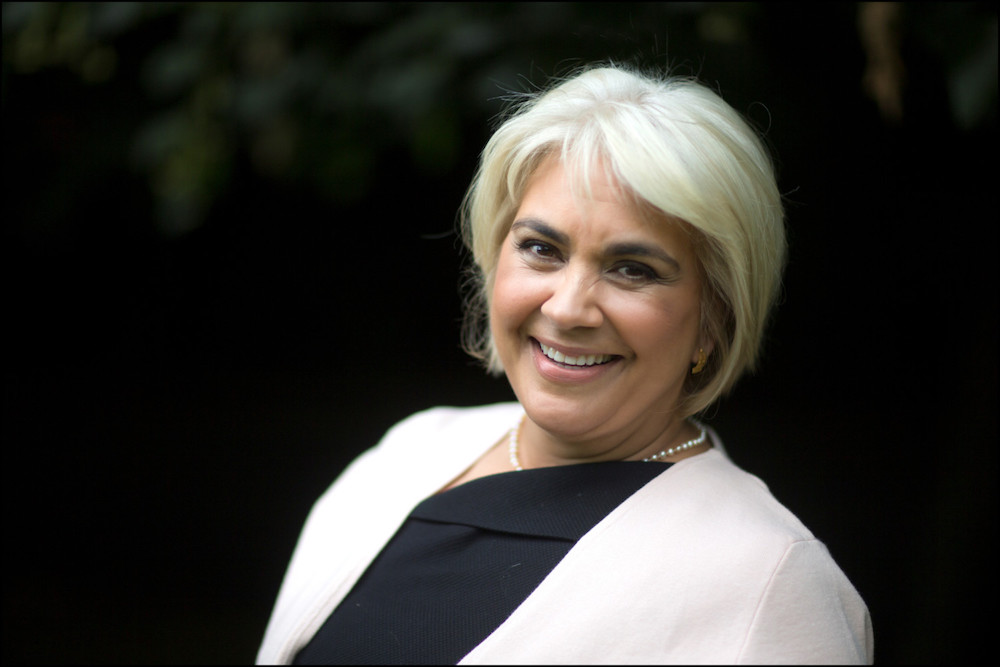 Olcote (Our Little Corner of The Earth) is only 40 minutes from the bustling capital of Colombo. The original villa dates back to the 1930’s but has been lovingly restored by Tess and her design team, who’ve added several pools, sun terraces, stunning mosaic en-suite bathrooms and a state of the art gym. Her attention to detail both in terms of aesthetics and service throughout is meticulous. The result is a dream destination for honeymoons and milestone get-togethers alike. There are plenty of quiet areas to escape to but the house also lends itself perfectly to parties, with a covered outdoor terrace, viridian blue pools and tropical gardens.

RTE Lyric FMs Trish Taylor-Thompson recently brought a large family group out for a special celebration. The award-winning painter was instantly inspired by Olcote’s beautiful surrounds and spent hours photographing the garden’s lush tropical flowers. Months later, she’s hard at work on her next collection, which is based on this body of work. Closer to home, you can find her botanically-inspired canvasses at the Kildare Gallery Carton House, and Gallery Zozimus, Dublin. 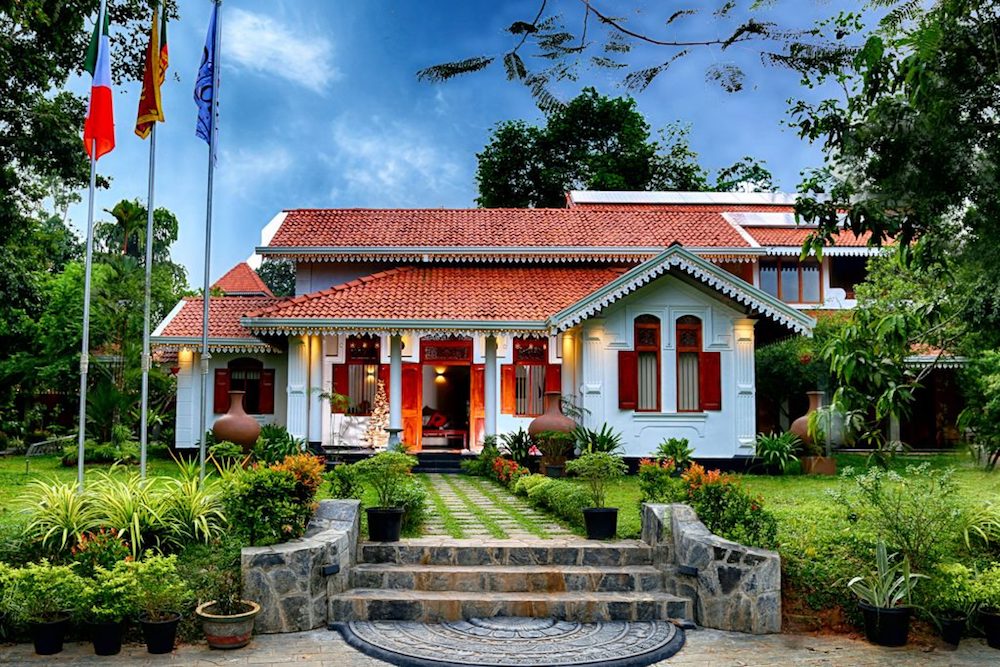 Darren Kennedy was also a recent visitor to Olcote in Ceylon. He took to facebook live to share everything Olcote in Ceylon has to offer before heading off with his private guide to explore some of the island’s ancient ruins, which include breathtaking Buddhist temples, the UNESCO world heritage site at Galle Fort and the 5th-century citadel Sigirya. Depending on where they’re headed, like him, guests have the choice of a white Tuc-Tuc, a vintage Mini Cooper and a gleaming Prius or a 7- seater bus to ferry them around in style.

Although there’s so much to see (and eat) nearby, guests love lingering at the sprawling villa; each airy private suite is filled with treasure- traditional Sinhalese carved furniture, Egyptian cotton sheets and stunning art from all over the world. Olcote in Ceylon combines the best of Irish hospitality with traditional Sri-Lankan style and service. The bar is always open, and there are even emergency supplies of sausages and bacon in the kitchen, should guests feel homesick. If that isn’t enough, each room is named after somewhere in Dublin where Tess and her brood have lived, including Killiney, Cabinteely and Dalkey. No wonder Alan Hughes raved after his visit, Tess is one of the warmest people we have ever met and she has done a wonderful job creating a mini-paradise in her little corner of the world.