Until 2010 the mostly Canadian-based Emma Donoghue was literary Ireland’s best-kept secret. A prolific talent, she has been writing novels, plays and short stories about historical curiosities for twenty years, but it was the headline grabbing and Man Booker shortlisted?Room which propelled her onto global best-sellers lists. Drawing from the horrific Josef Fritzl case, Donoghue told the story of a little boy whose idea of normalcy is a short lifetime of adjusted trauma and imprisonment. Room is now set to become a movie directed by What Richard Did‘s Lenny Abrahamson.

Since Room her Victorian divorce thriller The Sealed Letter has been rereleased and we’ve fallen in love with Slammerkin, the dark tale of a clothes obsessed prostitute and murder. Her latest novel,?Frog Music, is another historical narrative, telling the story of Blanche Beunon, a burlesque dancer living in San Francisco during the stifling summer of 1876 who decides to investigate the murder of her friend and finds herself navigating an underworld of lowlifes and criminals. 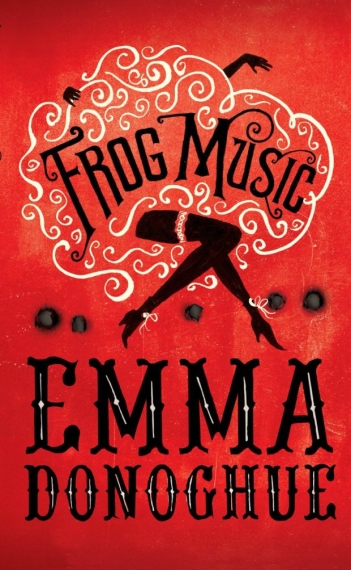 The Dublin Writers Festival is the cultural highlight in the capital’s summer calendar and this Spring they’re already offering a primer of what this year’s week long celebration of novelists, poets and playwrights holds. Their upcoming Off The Page events feature bestselling literary novelists Emma Donoghue and Anita Shreve with the former in conversation with journalist Edel Coffey this Saturday in the Printworks.

We’ve got two tickets to this highly anticipated event for a lucky reader – just tweet us @IMAGE_daily your favourite Emma O’Donoghue work for a chance to win!