Obsessed with getting a good night’s sleep? Wait until this ‘sleep hygiene’ craze takes over…

A study has uncovered a new sleep disorder called orthosomnia – an unhealthy focus on getting a good night’s sleep. It is leading to a sleeplessness crisis with the British government planning to issue public ‘sleep hygiene’ guidelines. We look at our exhausting obsession with shut-eye.

I hear her whimpering in her cot and rush back into her bedroom, the only light is from the glow of her little ladybird nightlamp. My daughter’s arms reach out for me desperately. I hold her clammy body close and we both sigh sleepily. It is 4am and I am failing miserably at sleep training.

I’ve spent days reading up on the Ferberizing technique invented by Dr Richard Ferber to solve baby sleep problems. It involves performing bedtime rituals to help children to self-sooth and then popping in and out to settle them.

The idea is that you are allowing them to learn to settle by themselves while also meeting their basic emotional needs. It is a form of crying it out which is another article for another day, but according to Dr Richard’s method, this doesn’t involve leaving the child crying for more than a few minutes at a time.

Related: Peaceful parenting: who has time for that?

None of that matters because it is not working out for me. I’m too heavily biologically primed to rush to my wailing baby. Not even the promise of a full night’s sleep can help me now.

Researching the incredible world of sleep, I come across new research on so-called sleep hygiene. It is a fascinating insight into what is effectively sleep training for grown-ups. And it is growing in popularity. In fact, just this week, it was reported that the British government may even be considering publishing guidelines on how much sleep the population needs each night.

A leaked health document obtained by The Times suggested that the government will review evidence on sleep and health and is likely to recommend that regularly getting less than seven hours sleep a night could damage health.

The leaked draft says: “This is with a view to informing the case for clear national guidance on the daily recommended hours of sleep for individuals in different age brackets, and to raise awareness of the key ‘sleep hygiene’ factors that can support healthy sleeping.”

No doubt fascinating reading for all the new mothers across the board, but sleep hygiene seems to be the newest buzz word you will be hearing more and more of going forward. Some even believe that sleep technology will surpass the fitness craze we saw sweep the world over the past five years.

Apparently, in Silicon Valley, it is all they can talk about. Just a few weeks ago, Bryan Johnston, who famously sold his company to eBay for over 800 million dollars, was the subject of conversation in most tech companies. He wrote a pretty extraordinary blog charting his sleep hygiene and it is….dedicated.

He admits that his sleep routine has “decimated my social life” but he doesn’t believe it is all in vain because it has boosted his level of “deep sleep” by as much as 157%.

It is all part of the obsession with productivity, boosting our cognition and maintaining mental health. Twitter boss, Jack Dorsey’s wellness routine is even more extreme. He incorporates near-infrared saunas, radiation-blocking Faraday tents, fasting and cryotherapy. The New York Times recently described him as the “Gwyneth Paltrow of Silicon Valley.”

It might be part of our obsession with creating problems and then finding elaborate solutions to then fix those problems. We know that we spend way too much time on our phones, ergo we then come up with an app to tell us how to reduce screen time. Create problem, fix problem. And the cycle continues.

“We have developed a metrics-driven worldview where we rate performance according to mainly binary results”.

But this craze also has its foundations in our other obsession – measurability. We have developed a metrics-driven worldview where we rate performance according to mainly binary results. Applying similar techniques to sleep and other aspects of our personal lives (an approach described as the ‘quantified self’) seems logical. This life hack can be seen lurking behind the fitness industry’s approach to clean eating and focusing on statistics from our wearables – the sensor-packed bracelet that has been described as “the secret weapon for personal improvement”.

Or maybe it is just another way to get ahead. But is sleep tech just a Silicone Valley fad or is it likely to creep into our lives just like other fitness tracking technology, Uber and even Airbnb?

“Some believe sleep is becoming a measure of success, a status symbol, a skill to be cultivated and nourished to make one superior in all ways”.

No harm, according to experts who have descried sleeplessness as a hidden public health problem. Last year, a survey by the Sleep Council discovered that thousands of children and teens face problems caused by sleep disorders (the numbers of hospital admissions for sleep problems rose steadily in the past six years). Matthew Walker is the professor of neuroscience and psychology at the University of Calfornia and the director of the Sleep and Neuroimaging Laboratory. He is working on direct current stimulation as a cure for sleeplessness in the ageing brain and believes we underestimate the power of a good night’s sleep. “I’ve got a mission,” he told the New Yorker recently. “I want to reunite humanity with the sleep it is so bereft of.”

The sleep market is worth billions; nap pods, swaddling, bedtime stories and hammocks, lavender oil and cocoons, sleep rings, wearables, a head-band that emits sound waves, all the paraphernalia to aid better sleep. There is an explosion in sleep therapists, sleep experts, sleep-training experts, even sleep evangelists. Some believe sleep is becoming a measure of success, a status symbol, a skill to be cultivated and nourished to make one superior in all ways. 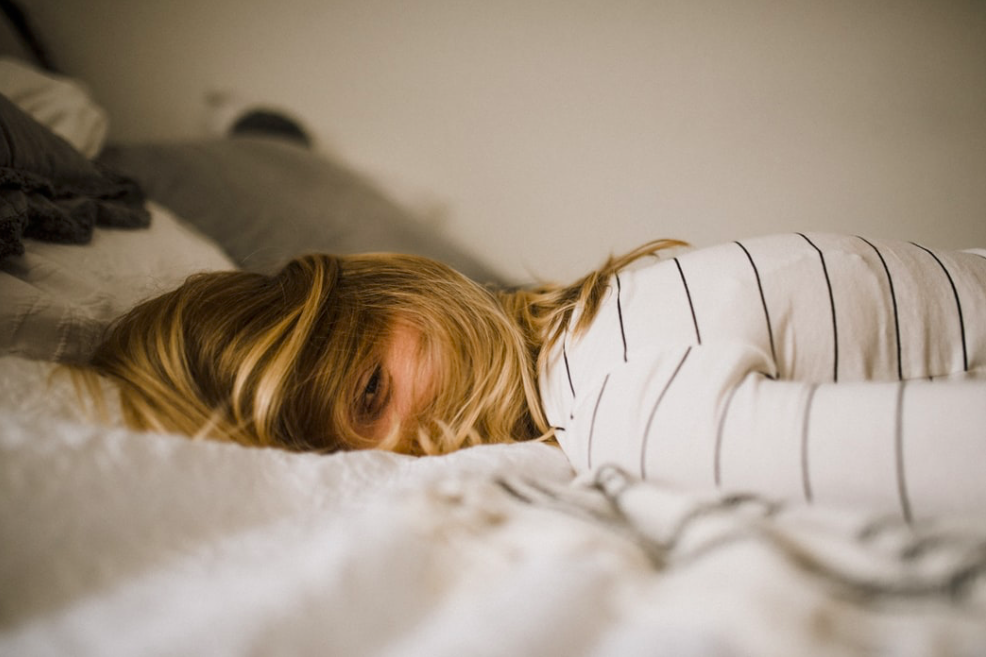 “Just because we can function on a lack of sleep doesn’t mean we should be doing it”.

Whatever way you cut it up, sleep is necessary. It renews cells, helps brain function and improves the ability of immune cells to hit their targets and fight off infection. Our surge in sleeplessness has been attributed to (according to The Guardian) a combination of exploding obesity levels (leads to sleep apnea), excessive use of social media before bedtime and a mental health crisis engulfing young people.

We all know what it feels like to do a full day’s work on a bad night’s sleep. It is a killer. But just because we can function on a lack of sleep doesn’t mean we should be doing it. Dr David White is a sleep expert from Harvard University. He says there are many tips to maintain basic sleep hygiene but the best time to sleep is when we are in sync with our body clock. This means we should be getting sleep after being awake for about 16 hours – for most of us, this means about 10pm or 11pm.

Like management guru Peter Drucker, who famously said: “what’s measured improves,”Dr White believes that understanding our sleep patterns or circadian rhythms and how they work, will lead to a better night’s sleep. These biological processes are important in determining our sleep health and daily productivity. For example between 4am and 7am, our body temperature is at its lowest all day. (In fact, 4.30am is the exact lowest which also happens to be the most common time elderly people die).

From 7am to 9am your hormone levels are at their highest and from 9am until 11am you are at a high level of alertness (great time to hold a meeting). From 11am to 12pm, focus and concentration start to decrease and between 1-2pm our bodies get a strong urge to sleep. Between 2pm and 3pm our metabolism decreases (this is, therefore, a good time to get moving).

Our long-term memory peaks about 3pm. Between 4pm and 5pm our lung capacity is at its strongest and our core temperature is raised. Between 5 and 7pm it is the optimal time to exercise as our body temperature is at its highest. 7-8pm we are at our most wakefulness but by 8-10pm our melatonin starts to secrete and it is time to unwind for the day ahead. Between 10pm and 2am we are usually in our deepest sleep and it is the most restorative period for our bodies. 2am to 4am is our strongest night-time sleep drive.

You can see why we can get obsessed with measuring these patterns and tweaking to make sure we have strong sleep hygiene. Things like alcohol and late nights can be seen to ‘dirty’ the process.

Meanwhile, I wish somebody would tell my daughter all of this. My productivity is at an all-time low as I find my days and nights flipped – the most restorative period for my body is being destroyed scrolling the Daily Mail at 3am and jiggling a wiggling beauty up and down the dark hallway to badly made-up lullabies.

When my first child was born, my sister sent me the most horrifying text message I’ve ever received.  “Welcome to motherhood, you will not sleep for the next five years.” I laughed naively, but I can confirm that she was dead right. Just like that marathon I vow to run, once this baby is Ferberized, I am planning the most outlandish sleep goals possible.

In the meantime, I can only fantasise about the utopia of 8pm bedtimes, heavenly morning lie-ins, guilt-free earplugs, delicious silent hours of uninterrupted shut-eye.  If the sleep techies can dream big, then so can I.

Bedside essentials to help coax you into better sleeping habits