With a two-hour Oprah special, Adele is truly giving the people what they want

‘It’s not about violence or death, I want people to finish feeling hopeful’

*** NO REPRODUCTION FEE *** DUBLIN : 12/6/2019 : DUBLIN : EMBARGOED 19:00 12/6/2019 : Dublin, 12 th June 2019: American author Emily Ruskovich has been announced as the winner of the 2019 International DUBLIN Literary Award, for her debut novel Idaho. The Award is organised and sponsored by Dublin City Council and at €100,000 is the world’s largest prize for a single novel published in English. Emily Ruskovich is the fourth American author to win the prize in its 24-year history. The winning novel was chosen from a total of 141 titles, nominated by libraries in 115 cities across 41 countries. Idaho was first published by Chatto & Windus in the UK. Picture Conor McCabe Photography. MEDIA CONTACT : [email protected]

Debut novelist Emily Ruskovich has won the 2019 International DUBLIN Literary Award for ‘Idaho’ – a haunting story of a brutal tragedy mixed with grief, loss and the love which bounds us together. She spoke to Jennifer McShane about re-visiting the book following her win, the characters who still linger and the hope that can come from an act of horror.

What a strange thing it must be to look at a novel again years after you’ve put it out into the world; the characters and story fresh for new eyes. This is, says American author Emily Ruskovich, a “humbling and surreal experience.” She has just been announced as the winner of the 2019 International DUBLIN Literary Award for her novel Idaho. The award is organised and sponsored by Dublin City Council and at €100,000 is the world’s largest prize for a single novel published in English.

The author is thrilled but rather shellshocked when we speak. Among the ten authors shortlisted for the prize were Irish author Sally Rooney for her novel Conversations with Friends and Northern Ireland author Bernard MacLaverty for his novel Midwinter Break.

“I couldn’t be more honoured; the book is an expression of my deepest self and so personal to me, my family and so much that I love. Especially given all the talented writers who were nominated alongside me”

The premise of the story starts in 2004 when we meet Ann Mitchell, Wade’s second wife of nine years. She sits in their out-of-commission family truck parked on an Idaho mountainside. In this truck, one summer morning in 1995, Wade’s first wife, Jenny, took an axe to her beloved younger daughter, May. The older child, June, fled into the forest and was not seen again; Jenny was sentenced to life imprisonment. Why? What happened? These questions compel us to read but we may not get the answers we are expecting – this is a particular strength of the novel and its ambiguity.

Related: ‘When I write about Dublin now, I feel like I’m writing about a city that doesn’t exist’

Ambiguity in a moment of horror

Spanning decades and in altering timelines and viewpoints, this isn’t a book which results in the gratification of answering ‘why.’ In fact, it’s almost a disservice to ask that question because no answer can justify the moment of horror which resulted in the death of a child, Ruskovich explains. She seeks to honour May and her life and time with sister June, rather than focus on the act resulted after the fall of the blade, “the hatchet caught on the inertia of a feeling already gone.”

It’s the aftermath that matters as much and the memory, often distorted, of lives lived and lost. 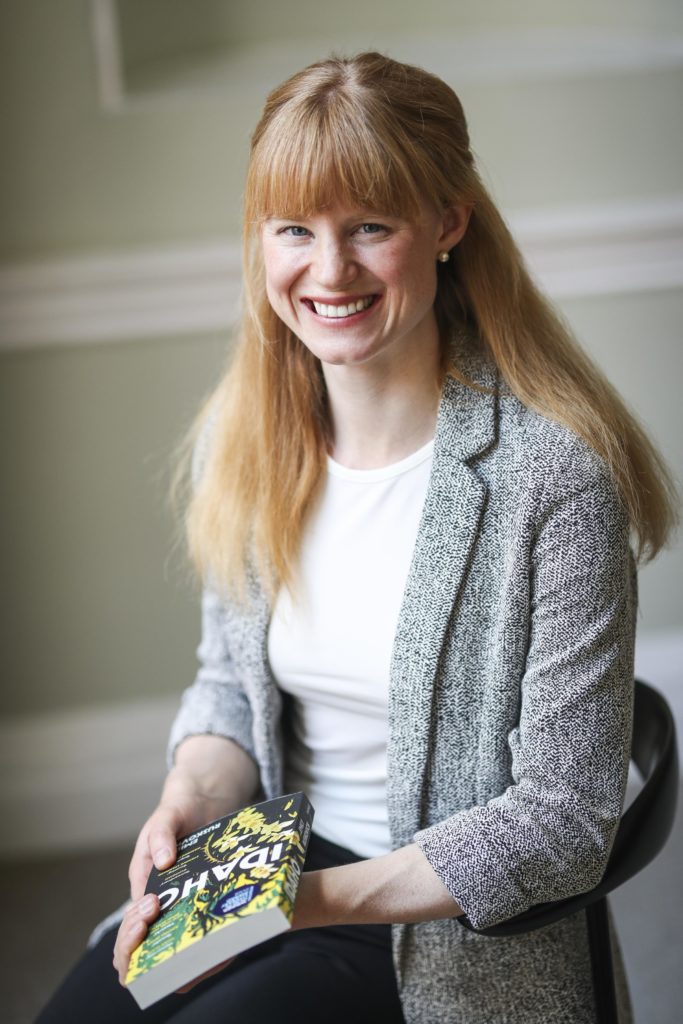 “I think about the characters all the time; they are always with me, even though the book has been out for a few years”

The characters stay with Ruskovich who says revisiting the story over two years after the original publication gives her a fresh appreciation for the characters she holds so dear. Loosely based on her loved ones, she says the tragedy isn’t the focus but the catalyst.

“It’s not about the act, or violence or death – I want people to finish it feeling hopeful. It’s about love; the love story between Ann and Wade and as much a love letter to my own childhood – I feel I gave the best of everyone I love – even though these acts of horror didn’t happen to me. So it comes from there – a place of darkness but ultimately from love,” she says.

What can be explained of a mother murdering her child? The answer is that, as in life, it is unexplainable. In this sense, Emily strived for realism. “It would be dishonest of me to give her a reason because there is no reason to do what she did. It would also be a disservice to May. She died and that is the end; the worst that could happen. And to muddle that with explanation and the reason why would be a dishonour to her too.”

“It was unimaginable to me what [Jenny] had done – and I think it’s unimaginable to her. The question why is disgusting to her in light of the truth – it’s so beside the point. She’s so disgusted and horrified by what has happened that she won’t even ask herself why. It’s separate of her, even though it’s in her and that’s very scary and very real. It’s a horrifying fact of life”

So how did Ruskovich arrive at that point? A song written by her father and experience on a mountain as a teen set the seed. As a teen, she was with family cutting firewood and had the unwavering sense that something horrible had occurred there – “as if the place had a memory that I didn’t have and yet I walked through that memory” – and thus she arrived at the tragic situation and the family in the story. “I didn’t know what had occurred but it stayed with me and I wrote the novel trying to find out what had happened.”

A story of hope

“It wasn’t as if I ever decided to write a novel about a mother murdering her child – that would be very strange – but it’s what was within me, what I understood to be the novel’s premise. It is about love ultimately. If I start with the darkest thing within me and from that point, I’m able to find hope and joy and love – which I do in each of the characters, including the one who commits the murder – I feel it gives me a lot of hope about what all of us are capable of – how far a little bit of kindness can go.

And I hope that, in the end, it’s kindness the reader feels has been the prevailing force of the novel, even though at its heart is an act that is so horrifying.”

“A previous interviewer said to me the story reminded her of a quote she read, ‘We’re all, larger than the worst thing we’ve ever done’ and that really struck a chord with me and that’s a good thing to take away too.” 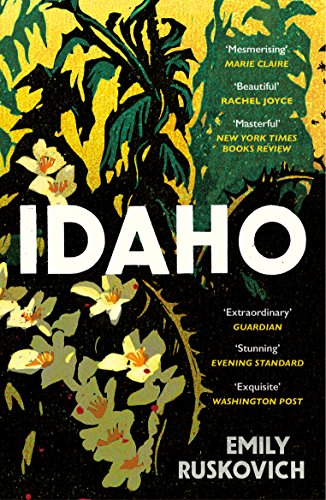