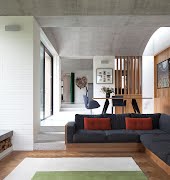 Niamh Ennis: Is it time to make a change in your life? Be brave and make a choice

Become a happier, more fulfilled and more honest version of yourself by choosing to slow down and make the changes you need, writes Niamh Ennis

Choosing to change how we think is the ultimate aim for many of us. We chastise ourselves for constantly thinking negative thoughts, for worrying excessively about what might happen in the future and for predicting what other people are thinking about what we are up to.

Mindfulness, meditation and mindset are words that are becoming increasingly part of our everyday language and, in the main, for very good reason. Anything that encourages us to slow us down, allows us to create space in our heads and gives us a chance to catch up on ourselves has to be good.

Yet a lot of the teaching around mindset work can be dismissed quickly. I know this to be true, as I have been guilty myself of eye rolling at the mere mention of these practices. In my utter ignorance, I felt they were best left to the sandal wearing, lentil chewing brigade who while well intentioned really didn’t have their feet planted in reality. God, how utterly pompous that sounds now!

It was all too easy for me to think that these practices were possibly self-indulgent, at best, and at worst, a tangible way of avoiding reality. Turns out it was me who was the one in denial all that time.

Running in the wrong direction

I found myself, in my early 40’s, struggling for any real meaning or purpose in my life. I was very lost. Granted, I had just lost the three people closest to me but over that period I was in genuine danger of really losing myself. I don’t mean to imply that before this period in my life I was fully in touch with myself, as I wasn’t, but I had the everyday structures built up and around me that allowed me to distract from that truth.

I had a busy career, a loving family, a thriving social life with an incredible network of diverse friends. Life was busy and by definition, this meant I was happy. Didn’t it? Wasn’t that how it was supposed to be?

But as things I had always taken for granted, such as family, disappeared, I realised that other aspects were slowly disappearing too. My career no longer had the same meaning for me that it had before.

Nothing dramatic happened, but after more than twenty five years doing what I loved, I just fell out of love with it. I started to question the rest of my life in a way I had not done before; where I lived, who I spent my time with, how I showed up in the world…I started to question all of it. Not from a bitter angry lens but through a ‘surely there has to be more’ perspective.

To get that answer, it became clear that I was going to have to try and slow down and face what I had been dodging. I had run out of alternatives.

I needed to allow myself connect with that inner voice, that inner part of myself that I had successfully avoided for most of my adult life. I had been running in the wrong direction for too long now and I needed to redirect myself so that I could start over again.

You would think that that may have appeared just too big a task to undertake, but the truth of it was that I was desperate. Things had not worked out for me as they were so, any change had to feel like an improvement. And with that in my heart I chose to change. That was the most significant turning point of it all. The day I made that choice.

A choice to change

In my usual style of ‘all or nothing’, I recognised that this was going to require quite the overhaul. My mindset, as it was, had not served me well. Any change just had to be worth exploring. I understood that.

So I planned and prepared for Change. I applied and secured a career sabbatical, I rented out my home in Dublin and relocated for a year to Spain, I spent time really mapping out what I could do next in my career that would fill that increasing need to do something that better reflected who I wanted to become. I upskilled and retrained by undertaking several online courses and qualifications.

I had no idea what that might lead to or how it would look. So I started simply with what I loved to do. Something that always been a part of my life, albeit a hidden part – I continued writing each day and this practice has evolved with me from writing my teenage diary to creating a daily practice of journaling. This practice also allows me to dive further into my deeper thoughts – a place I admit hadn’t spent that much time before.

I was forced to really slow down for the first time in my life. I had removed the external distractions and was left with only the internal ones. It is in this space that the magic lands. I won’t pretend it was a quick fix solution. It wasn’t. That was over five years ago and the transformation continues but the girl writing this today is a happier, more fulfilled and much more honest version of the one that you would have met in 2016.

It all starts with a choice.

When things change inside you that’s when things start to change around you.

Niamh Ennis is Ireland’s leading Change and Transformation Specialist. If you feel stuck and are ready to choose change, but just don’t know where to start, then her FREE 3 Day Change Made Easy Challenge. To discover more visit niamhennis.com