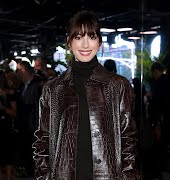 When New York Times journalist Heather Murphy was given the task of finding out about Matt Damon’s Dalkey stay, she didn’t bargain for protective locals

There has been little to distract us from the Covid-19 crisis these past few weeks, so when a local story catches our attention, we really invest our time. The latest feel-good story circulating around the east coast has been that of Hollywood actor Matt Damon — someone who seems as far removed from everyday Irish life as you could imagine — spending his quarantine in the seaside town of Dalkey in south Dublin.

Damon was caught in Dublin while filming new Ridley Scott movie The Last Duel, when lockdown measures came into effect that prevented him from leaving the country. A stressful situation for anyone, however Damon has been making the most of his time in Ireland, and has been spotted swimming at the beach, visiting local coffee shops, and generally leaving a great impression on the local Dalkey residents.

The residents have really taken Damon under their wing as one of their own, as New York Times journalist Heather Murphy discovered. The reporter was tasked with finding out insider information on Damon’s stay in south Dublin, and politely asked a Facebook group of local residents if they had any anecdotes about the star to share with her.

Murphy had not banked on the unfailingly Irish mentality that rallies against any form of sycophancy. We are a nation that does not react well to authoritative figures, to those trying to get one up on us, or to the greatest affront of them all, anyone with notions. Damon has apparently proven himself as a man without notions to the people of Dalkey, as he good-naturedly posed for pictures with residents, offered friendly conversation and generally kept himself to himself, which as we all know, is something we Irish greatly respect.

As a result of this, the town revealed its extremely Irish protectiveness, and shielded Damon from undue attention from outside the city walls. When Murphy innocently asked for details about Damon’s stay in Ireland, she was met with a resounding chorus of ‘leave him alone’. One such poetic response read: “Dalkey is surrounded by the sea and in these bright and sunny lockdown days with the air fresh and the birdsong everywhere, Matt and his family should be left alone to enjoy time out amidst the natural Spring splendour”.

After a virtual hiding from the south Dublin community, Murphy was left with little to make a story out of, but finally released her story online yesterday. The article is a lighthearted review of how Dalkey has “adopted” Damon during his time there, but has inadvertently become an ode to everything that’s great about Irish people.

Murphy details her attempts to find out more from Damon’s neighbours, and includes quotes from locals who have bumped into the star since his arrival. But the overwhelming message isn’t about Damon’s habits or his life in Ireland. It’s about how Ireland is one of the best places to spend an extended period to yourself.

We don’t like to bother or annoy newcomers, and yet we are always on hand to help or look after anyone who needs it. We get excited about celebrities, sure, but our sense of humanity and others’ right to privacy prevails over our own desire for a picture for Instagram. We appreciate kindness and generosity far more than someone’s social standing — in fact, you may need to work harder to prove yourself if you’re from a celeb background.

And above all, our aversion to notions — as long as you steer clear of snobbery, you’ll probably fit in just fine.

Read more: Trump to ban immigration: ‘As an American expat in Ireland, I’m more anxious than ever

Read more: How Abbeyfealegood shone a heartfelt and humorous light on life in rural Ireland