After 226 years, the New York Stock Exchange has finally appointed its first female president. Announcing the news on Twitter, the Manhattan-based group confirmed Stacey Cunningham would take up the position. “Today we open a new chapter and welcome Stacey Cunningham as the 67th President of NYSE Group,” the statement read.

The news comes amid numerous campaigns for gender equality in the workplace. Movements such as Times Up and 50/50 by 2020 have pushed the historic issue to the fore. Businesses are being asked to make their male-dominated offices more gender balanced. The appointment of Miss Cunningham to President is a historic step in the right direction.

Things have come a long way since she first joined the company in 1994. The now 43-year-old began as a summer intern before being hired as a clerk. She joined a team of more than 1,300 men and only three dozen women. To put this into perspective, the NYSE didn’t even have proper female toilet facilities. The women’s restroom was on the seventh floor inside an old phone booth. Meanwhile, according to the Wall Street Journal, “The men had ‘palatial’ quarters next door, with couches, amenities and a full-time bathroom attendant. Today the men’s and women’s rooms are on par with each other.” 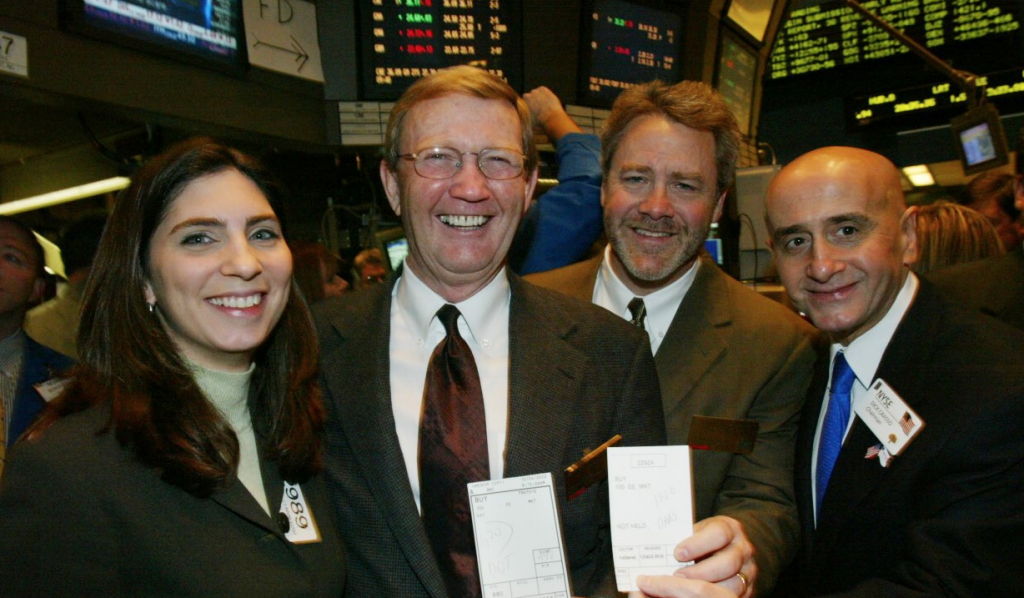 Her appointment to President is not just a publicity stunt. Cunningham is by far the right fit for the job. Having worked at the Exchange for over 20 years, she has all the experience and expertise a company president should have. “Since the moment I stepped onto the trading floor, the NYSE has always held a special place in my heart. I am humbled and honoured to have the opportunity to lead this organisation,” she wrote in a statement on Twitter.

The outgoing company president Thomas Farley took to his own Twitter page to say, “The NYSE is in great hands.”

While we have you, check out our new podcast The Spill, with Sophie White and Rhona McAuliffe. In this week’s episode, the women chat about plastic surgery, cultural appropriation and overbearing in-laws