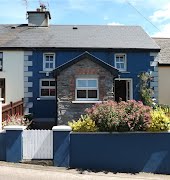 New Study: Your Phone Obsession Is Leading To ‘Cognitive Failures’

When you start to think in 140 character length thoughts, you know it’s time to back away from your digital devices. When you knock into someone on the street because you’ve got your head buried in your phone, you need to check yourself. And when you learn that the habit of constantly checking your mobile, glued to it at every opportunity can lead to cognitive failures, you should really listen up.

Yes, our phone addictions do more damage to our lives than give us anti-social side-effects. A new study has discovered that such habits are damaging our ability to pay attention to what’s going on around us, in the real world. Of course we’re all familiar with that feeling of realising you’re not actually listening to anything your friend is saying as you’ve been distracted scrolling your Twitter feed, but even when you’re not actively engaged in your phone, your ability to focus and pay attention may deteriorate. Those who use their phones most frequently will be more prone to forgetting about appointments, or wandering off mid conversation into some unrelated daydream. This writer can absolutely attest to such afflictions, hence new house rules where mobile phones are banned an hour before bedtime.

The first study of its kind – carried out by researchers at Leicester’s De Montfort University – defines these experiences as “cognitive failures” and many day to day blunders, from forgetting things to short attention spans and even physically bumping into things are included. Dr Lee Hadlington, lead author on the study, concludes that this pertains not just to those who spend their time on the internet; constant mobile phone conversations have the same effects.

107 men and 103 women between the ages of 18 and 65 were questioned on their experience of losing focus, forgetting things and other ‘cognitive failures’. Each person who participated is said to spend 22.95 hours per week on their mobile phones.

As for those who can’t resist the temptation to pick up their phones, it’s unclear at present whether such behaviours lead you to become more hyperactive, distracted, not focused or whether such traits as a lack of ‘attention control’ are already present, therefore prompting you to pick up your phone. Dr Hadlington reckons it’s a mixture of both and in our experience, the more we pick up our phone, the more habitual it becomes and the stranger it will feel not to check it at every gap in our day.

?This is a very underexamined area and a very important one. We are using technology on a daily basis but we don’t understand its effect on us… We don’t know what’s actually happening to our cognition when we are using this technology and that’s the important thing. What we do know from this research is that there are some statistically significant numbers of people who say they use the internet or their phone a lot and who experience cognitive failures,? he explains.

Whatever further conclusions are to be made, it’s clear that we are spending far too much time living digitally and not enough time focusing on what actually surrounds us.

Could you ban yourself from checking your mobile an hour before bed?