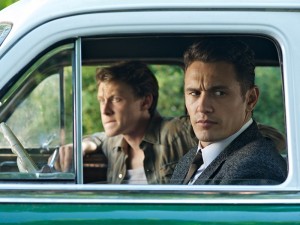 This weekend sees the long-awaited arrival of Stephen King’s 11.22.63 to our TV screens, and we cannot wait. I had the pleasure of catching the first episode before the rest of Europe and was practically traumatised when the closing credits rolled, as I desperately wanted more.

So what’s it all about, you ask? For those who haven’t heard about this visual feast of a series, it stars James Franco as a modern-day schoolteacher who travels back in time through a magic portal in his favourite local diner to prevent the assassination of JFK. I know, right? Stay with me – Imagine modern man JF, K? (See what we did there?) All dressed in his 2016 jeans and T-shirt, with a goatee decorating his lovely chin, walking out of a diner in 1960 just the way he is. So right away you realise he’s gonna have to change his ways and do his homework. Cue a good 20 or 30 minutes of an insider’s view of just how much has changed since the year America voted in their first Irish Catholic President. Now add in some good old-fashioned theories about time travel. (Remember all those warnings about changing things? Franco’s character has to tread the next three years very carefully if he’s to make it all the way to Dallas on that fateful day.) Be prepared for a few shocking moments that come out of nowhere – this is a gripping mini series, after all. 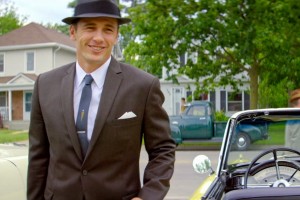 Franco is charming and funny, yes, but what we love most is the nostalgia and the thought of what we would do if we could go back to the 1960s. Think of the possibilities – Me? I’d make a trip to Dallas? iconic Neiman Marcus department store to bag some seriously cheap vintage designer dresses. And maybe try to locate my mother for a quick glimpse of her during her newlywed days (she was there on November 22, 1963 by the way – at a luncheon where JFK was meant to speak after his car trip through downtown, past the Book Depository and that infamous grassy knoll). 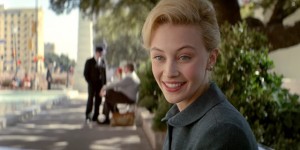 The series airs on Sunday, April 10 at 9pm on Fox. Don’t miss it (promise me, now). Better yet – set the recorder now for the entire series (after all, we have better things to do than wait around for James Franco).