Terry Prone is one of Ireland’s most recognised names in business, media and communications. A best-selling author, she is a leading advisor on reputation management and crisis handling. Terry is a fluent communicator and a favourite at IMAGE Networking Breakfasts; she motivates and inspires by fusing experience and expertise with jargon-free clarity.

Suzie Coen recently sat down with Terry to find out the advice that has helped to shape her as a businesswoman and a human being. Here is here response:

?Picture this. An RT? radio producer says, ?I really love working with you? to a chubby, pimpled 16-year- old presenter, who promptly turns fire brigade red and, as he explained why he’d said what he said, tried to wave him into silence. ?No, this is important,? he says. ?We’re lousy at telling people how good they are, even when we get how good they are. I’m going to give you a piece of advice.

Any time you really like or admire or love someone, tell them and give them the evidence. Life’s short. You might not get another chance.? The producer was Howard Kinlay and while he died young, Kinlay House in Dame Street is named after him. The presenter was me, and from that day on, I obeyed his advice like a Holy Writ, discovering in the process that people are very willing to administer criticism, but are miserably ungenerous with praise.”

Get Your Networking Breakfast Tickets Here!

Terry will be talking at our Networking Breakfast?this Friday October 16th, along with Lynda McQuaid, Director of Content at TV3, and Vicki O’Toole, MD at JJ O’Toole, about their?experiences with gender bias in business and who,?through their smarts, acumen and abilities broke with the bias to carve significant careers.

The Breakfast kicks off at at 7.30am until 10am at the Marker and as well as listening to some truly inspirational speakers there will be some amazing prizes to be won including an overnight stay at?Longueville House, Mallow, Co. Cork courtesy of Ireland’s Blue Book and a?Samsung Galaxy S6 edge smartphone PLUS a luxury gift bag including treats from?Nuxe, Brooke & Shoals, Naked coconut water, Green & Blacks chocolate and No7.

Start your weekend out right with one of the most exciting Networking Breakfast line-ups ever! 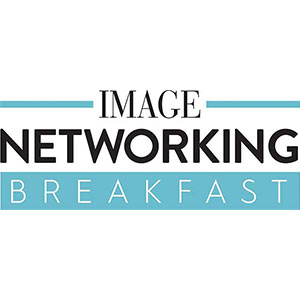