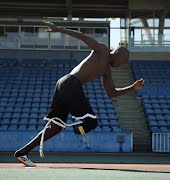 It’s National Compliment Day, but while women, on the whole, find it quite easy to partake, why do men struggle to embrace a good old-fashioned compliment?

In a recent episode of Sex Education (season two has finally landed, thank the lord), troubled bad-boy-type Adam lets us have a glimpse into his insecurities when it comes to positive language. When Ola defends Adam, his confusion at her genuine kindness towards him prompts him to break down and explain that no one has ever called him a friend before.

Granted, this is a pretty extreme example of how men deal with complimentary language (and I would hope that men who have had upbringings and difficulties like Adams’ are in the minority), but it still brings up the question of why men deal so differently with being complimented.

The day that’s in it

Today is National Compliment Day — a Hallmark-esque non-holiday with the pleasant result of work friends telling each other they look nice a bit more often. But if you look at how women exchange these compliments compared to men, the difference is pretty stark.

I have great groups of female friends, and a large chunk of our conversations on any given day is taken up by compliments. Think about it — if you talk about having trouble at work, there’s always a reassurance about your abilities; if you send a dress to the WhatsApp group to ask opinions, there’s always a chorus of “that would look great on you”; even just meeting up for coffee prompts an almost-compulsory approval of each other’s outfit or makeup. Women deal in compliments — we love to build each other up. In men, however, this back-and-forth of happy reassurance is decidedly absent.

I asked my boyfriend if he and his male friends ever compliment each other on their outfits. “I might occasionally get a ‘like that shirt’ from someone,” he contended, “but more often, it would be a veiled ‘why are you wearing a fancy shirt?’ thing.”

While gentle banter is a factor in every great friendship, the fact that it takes over so that genuine compliments are basically absent from male friendships is worrying. The lack of emotional reassurance in male friendships can sometimes lead to an unhealthy dependence on female presence — what some call ’emotional labour’ on the woman’s part.

While researching the difference between how men and women compliment each other, I came across a study that is sadly as relevant today as it was when conducted in 1988. Paying compliments: A sex-preferential politeness strategy analysed the distribution, patterns and topics of over 450 compliments exchanged between women and men, and found some very interesting results.

Women gave two-thirds of the recorded compliments and received three-quarters of them. Compliments between men took up just 9 per cent of the data.

How we perceive compliments

But is it always a bad thing? Do men miss the compliments they aren’t receiving from each other? It doesn’t seem so. When I asked my boyfriend, he was of the opinion that “girls overdo it a little”.”When I do get a compliment from a guy, I believe it more,” he said. “I prefer the honesty.”

Honest or not, today may be a Hallmark holiday, but it’s still a chance to pay it forward on the compliment front. If your male friend or family member looks great, tell them so — maybe they feel like they’re missing out.

Read more: ‘I get triggered’: Taylor Swift admits she struggled with an eating disorder

Read more: 9 questions you should ask candidates ahead of the General Election

Read more: ‘My partner moved in and I feel like it’s changed everything’

‘To be depressed after the birth of my son felt selfish. I felt ashamed about the burden I placed on my wife’