Russian supermodel and philanthropist Natalia Vodianova wrote an open letter on Facebook to take people to task for their treatment of people with disabilities. Natalia was spurred into speaking out after her sister Oksana was asked to leave a caf? where she was having tea last Tuesday. Oskana was diagnosed with autism and cerebral palsy a few years ago.

The 27-year-old Oskana lives in the city of Nizhny Novgorod with her and Natalia’s mother. In her Facebook post, Natalia alleges Oskana was told to leave the caf? with her nanny because she was frightening the other customers. What followed seems like a terrifying ordeal for the vulnerable Oskana. After being ordered to leave, a security guard allegedly threatened to commit Oskana and her nanny to a psychiatric institution. The incident culminated with the arrest of Natalia’s and Oskana’s mother in a park near the caf?. She was accused of ?petty hooliganism? but no charges were brought. 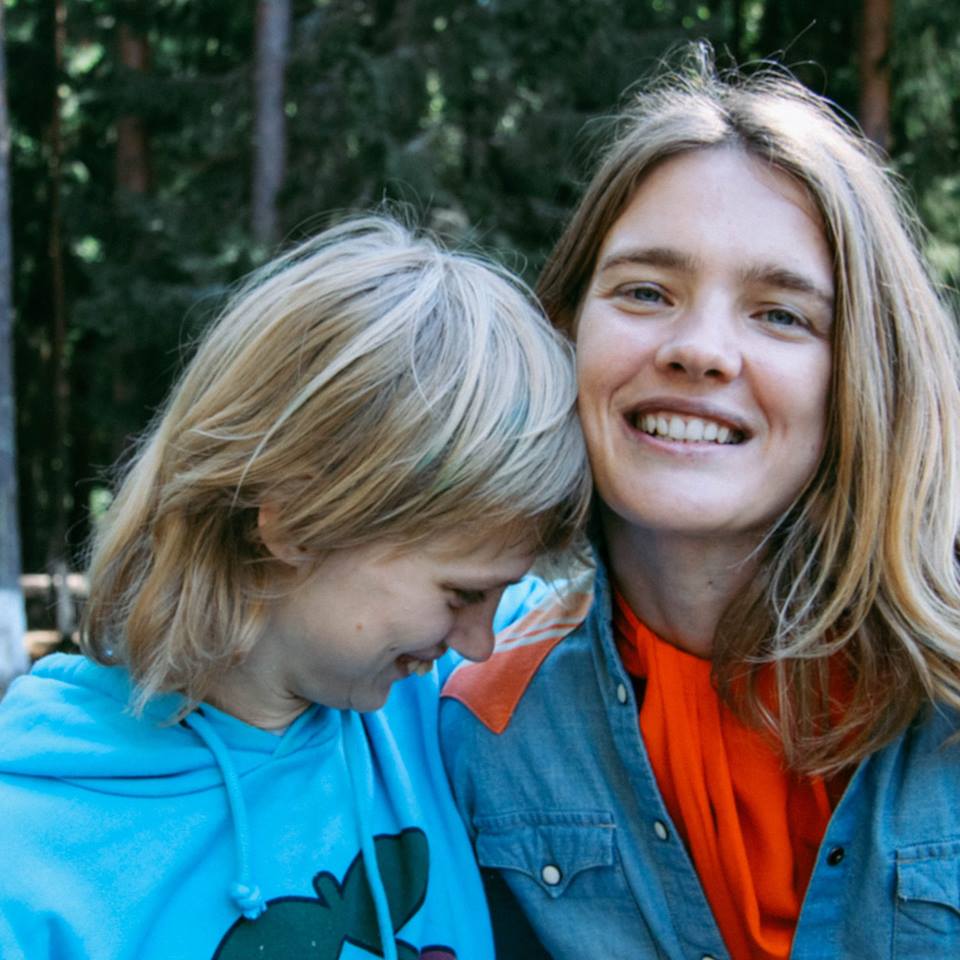 Here are some translated extracts from Natalia’s original post:

?Yesterday, when my mom worked, our nanny went for a walk with my sister Oksana. Oksana, a few years ago, was diagnosed with autism and cerebral palsy. She can walk a few hours in a row, sometimes even six hours, and usually mom and nanny stop in a cafe, to take a break and to drink some tea (Oksana doesn’t drink water or juice) and go for a walk on.?

?The owner of the cafe suddenly came up to them and said, ?get out of here, you are scaring all our customers, go get treated and treat your child, then you can go out in the public?.?

?What happened to my sister Oksana … is not an isolated case. This is, unfortunately, the reality all families raising children with special needs experience. It’s difficult for me to talk about this, but I understand that this is an alarm bell for society that must be heard.?

“I’m sorry for my mom and for Oksana, and for our nanny, in which this situation they so staunchly survived. I want to appeal to each and every one of us. Let us help their teachers and professionals, who are engaged with them on a daily basis, to make their work not end outside schools and rehabilitation centres. Let us help non-profit organisations and charitable funds, which are working on building an inclusive society in Russia.”

Yesterday, a criminal investigation was launched as a result of the post. The caf? is being investigated for a violation of human dignity with the threat of violence, according to a report in The Guardian. If found guilty, the caf?’s owners could face a jail sentence of up to five years.

As well as leading her career as a successful model, Natalia devotes her time and money to the rights of people with disabilities. She established the Naked Heart Foundation just over a decade ago to help children in Russia with special needs and attended the recent Special Olympics.