Supermodels Naomi Campbell and Cindy Crawford have shared a video discussing how the modelling industry has changed since the 1980s, the evolution of mobile phones, as well as life in quarantine

Naomi Campbell first met Cindy Crawford in 1987 at a fashion show in Paris, and since then, the pair have worked together on and off for three decades. It made sense, then, for Cindy to be Naomi’s first guest on her debut YouTube series, No Filter With Naomi.

In an almost-hour-long episode, the fashion models discuss all aspects of the modelling industry: the photographers they have worked with, the importance of being friendly with make-up artists, the food on-set and life behind the runway.

They also touch on their experiences of meeting the late Princess Diana, as well as how technology (specifically blocky mobile phones) have changed the way they work. Naomi even reveals that her first mobile phone was given to her by a controlling ex-boyfriend who wanted to keep tabs on where she was at all times.

Later in the video, Naomi questions Cindy’s decision to shoot for Playboy twice, saying she always refused to do it. To this, Cindy explains how she swapped the big paycheck for, “the right to not run the pictures if I wasn’t comfortable with them”. 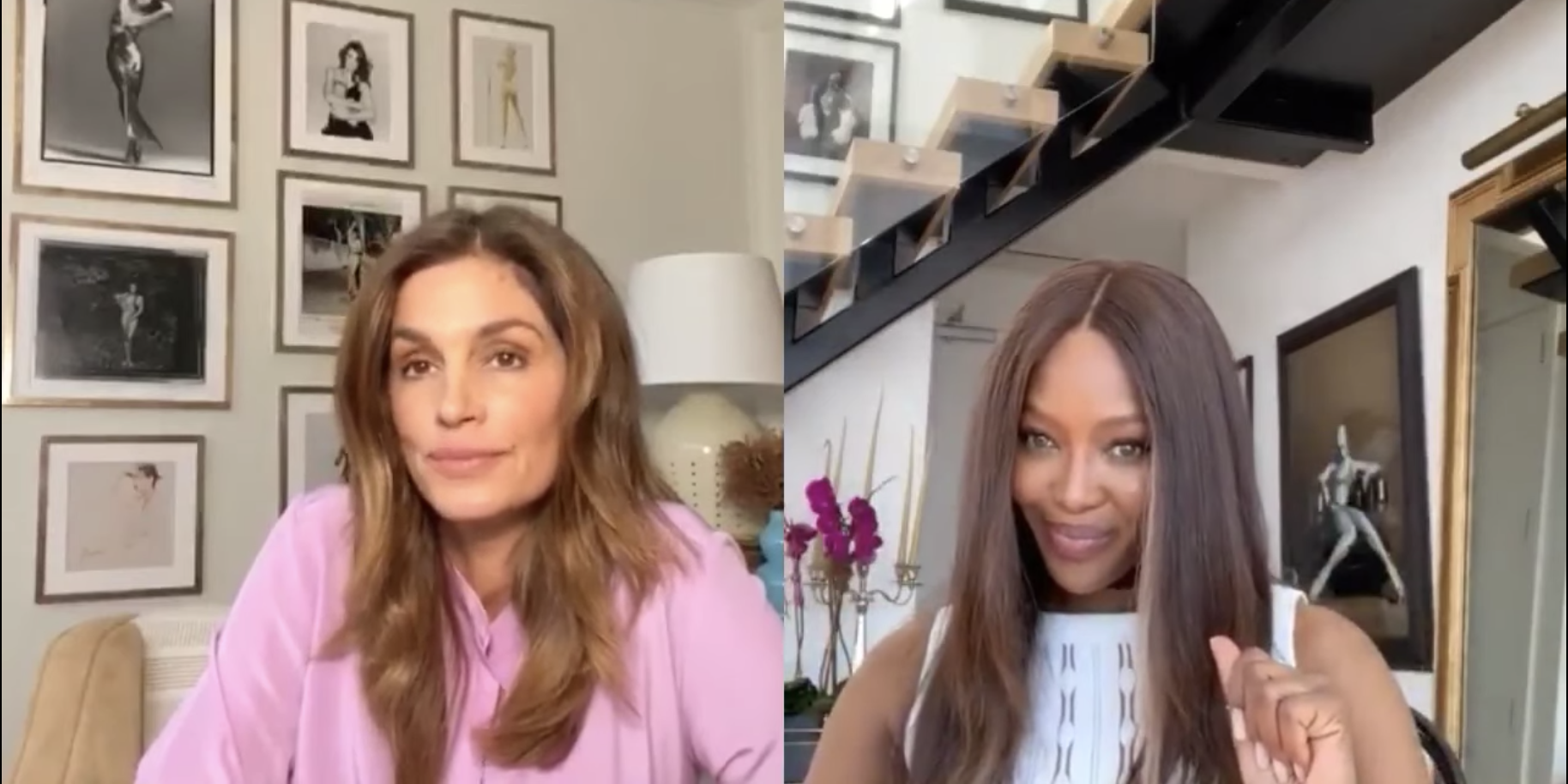 Towards the end of their chat, the supermodels discuss how they’re coping with life in quarantine. Cindy acknowledges the fact that she’s “blessed” to be able to afford groceries, and that she finds it hard to give advice to people when she is so privileged. “I’m very aware that not having to worry about affording groceries or my cell phone bill is an amazing luxury.

“The strangest thing is just not knowing,” she said. “Not having any plans, but also not knowing when you can make plans. We don’t know when the light at the end of the tunnel is… but we know it will come at some point.”

To keep busy, both Naomi and Cindy say they’re exercising more at home by “running up and down the driveway,” while also increasing their meditation practice.

Watch their conversation in full below:

Watch: Naomi Campbell on how she’s protecting herself from the coronavirus

Watch: This must-see video of Caroline Flack singing shows just how big a talent she was

Read more: Ben Affleck opens up: ‘The biggest regret of my life is this divorce’