Mastering menopause: a stylist on feeling confident through your wardrobe

Mastering menopause: a gynaecologist on seeking an expert medical opinion

Mastering menopause: a sexologist on loving yourself

Mastering menopause: a nutritional therapist on nourishing yourself

Mastering menopause: the founder of Ireland’s first menopause clinic on speaking out

“As the day drew closer, I felt ready, I felt fine. I was SO organised, how could I not be ready? That’s what I told myself.” Dominique McMullan charts her first week back at work after maternity leave

Friday marked the end of my first week back at work. The truth is I’m glad it’s over. The build-up seemed to last forever. Since the turn of the New Year, the thought loomed. It took residency in the back of my mind, and niggled.

Two months, one month, three weeks. I’m an organised person at the best of times but when I’m stressed I go into overdrive. I’d been prepping for Day One for weeks, going over the exact order of the morning’s actions in my head.

I timed different routes to work and crèche; how long he would take to drink his bottle and how long it would take me to put on (minimal) makeup. I knew night-before-prep would be key and, as you can imagine, a nice outfit helps when you work in IMAGE.

So I tried on and photographed every outfit in my wardrobe so that I could pick one easily to lay out the night before. It felt like every minute, and action, was accounted for.

But then I noticed that small things, that shouldn’t have bothered me, were. I was snapping at my partner. I was irritable. I wasn’t eating well and was obsessively checking my iCal and Instagram, all sure signs that my mental health needed attention.

My subconscious was making itself heard; the return to work was bothering me more than I had realised.

I couldn’t visualise how I was going to take this already full life as a mum and crash it into a busy work life, without it resulting in chaos and disaster.

With two weeks to go I took swift action. I went completely offline and spent a week with friends in the fresh air, enjoying my son and slowing everything right down. I was lucky that I was able to do this.

One problem was that I couldn’t visualise how I was going to take this already full life as a mum and crash it into a busy work life, without it resulting in chaos and disaster. 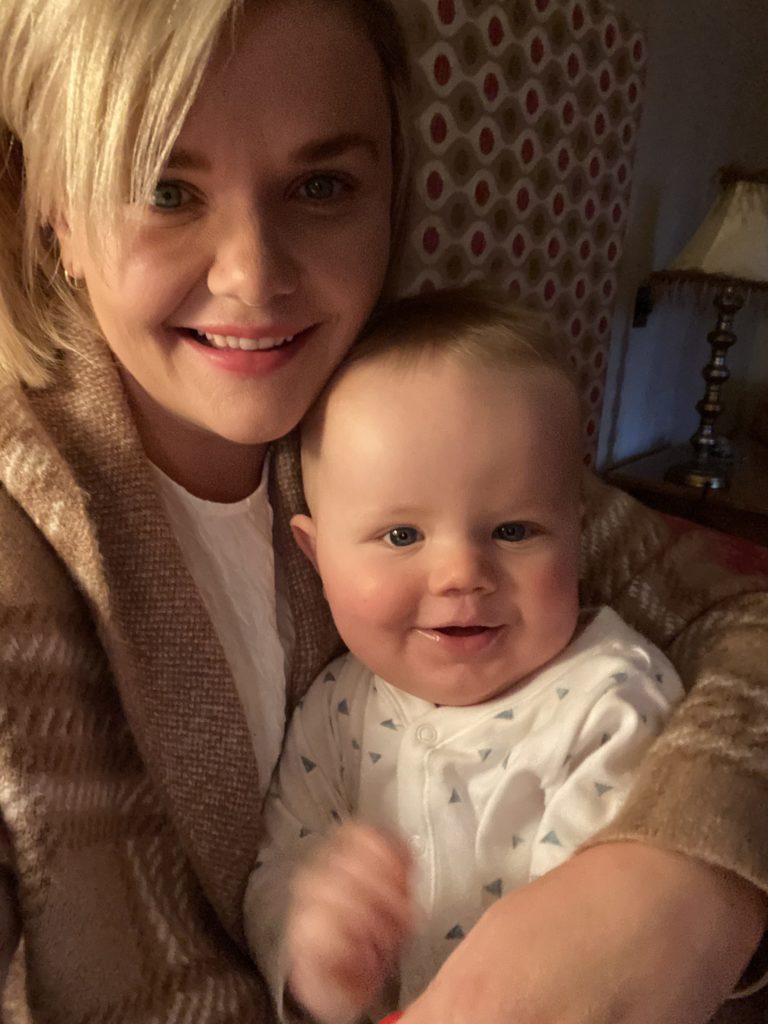 I remember, vaguely, life before him. I remember days when a spare five minutes couldn’t be found for lunch (more fool me). So how, now, was I going to combine that crowded life with the slow and steady life we had been living on maternity leave?

And just like in the weeks after he was born, my mum quietly appeared by my side, knowing, in a way I only understand now, that I needed her.

These two worlds that both meant something so important to me felt so contradictory — how could they ever co-exist?

But time moved forward and Day One arrived. And just like in the weeks after he was born, my mum quietly appeared by my side, knowing, in a way I only understand now, that I needed her.

I have never appreciated her like I do now. We moved home for the week and on my first morning back a warm bottle, and a fresh cup of coffee appeared silently at my bedroom door at 6am.

Reality struck when the first issue arose soon after. Wearing my freshly purchased, planned for weeks, CREAM outfit, I went to give my extremely snotty baby his messy morning milk.

How had I not thought this through? Reader, it was at this point — this early — that I gave up. And it was wonderful. I took my top and skirt off and in my nude minimiser bra and old Spanx shorts, time decelerated.

In half morning light I pulled him onto me. We held hands and like a doe-eyed calf, he drank his milk as my full face of makeup nuzzled into him.

We held hands and like a doe-eyed calf, he drank his milk as my full face of makeup nuzzled into him.

I was 20 minutes early for work. The first day flew and by the second day I was buzzing with ideas, creative energy and the joy of working with a team of truly talented people.

I let go of any expectations of myself. I was laser-focused and could prioritise like I had never been able to do before. I felt full in a way that I remembered.

While I thought of him, I didn’t pine for him. I knew he was happy and mum-mode went on standby (although I did find myself auto-pilot emptying a dishwasher at one point).

Knowing that I was working towards a time limit made me work harder and better and then, the end of each day was punctuated by so much joy. As I pulled up at crèche I had to stop myself from running to him.

And back in our nest, time would decelerate once again; his moon face eradicating any worries of the day.

As Week One drew to a close, I realised that my two worlds will never co-exist. But they don’t need to. Instead, each will complement the other. I can be both. I can be neither. Either way, I’m always his.

Read more:  A letter to my baby as I prepare to go back to work

Read more:  Childcare crisis: ‘In one week I rang 24 different crèches in our area and was all but laughed at’

Read more:  ‘My birth was not like my pregnancy. It was complicated, scary and brutal’

Rosemary Mac Cabe: ‘I felt as if I failed my baby at the very first hurdle – I couldn’t even bring him into the world right’

‘Coming out to the car park and breaking the news, ‘there’s no heartbeat’’: How the pandemic has impacted fertility