Model Ashley Graham is one of the fashion industry’s leading plus size models – although it’s a label she’s not a fan of. In a recent inspiring Ted Talk speech‘she implored her audience and society as a whole to look beyond the plus-size stereotype. She said she wanted?the average woman, who would generally fall under the plus-size umbrella, to discard the term, and embrace ‘my size?. ?She’s also participated in body-positive #Beautybeyondsize campaigns, encouraging society to ditch the label and be accepting of all woman, regardless of their shape.

It seems her hard work is paying off as Graham has just made history as the first ever size 16 model to ever grace the cover of Sports Illustrated – a landmark first for a publication who are trying to break the mould with their current edition. The model had no idea she would be featured on one of three covers -?alongside Ronda Rousey and Hailey Clauson – until last night.

?I thought Sports Illustrated was taking a risk by putting a girl my size in the pages,? Graham told People. ?But putting me on the cover? They aren’t just breaking barriers; they are the standard now. This is beyond epic.?

Graham said her cover?wasn’t just a celebration of her achievement, but a societal victory as well. 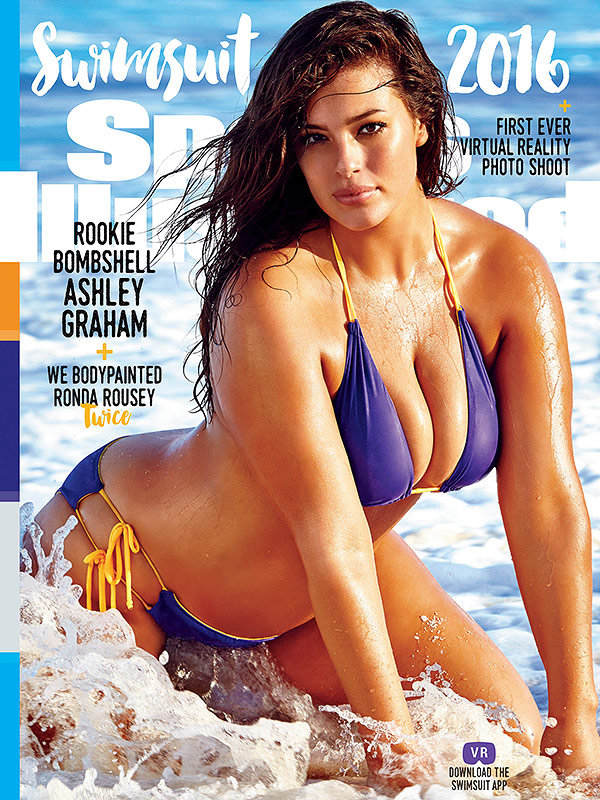 ?Girls who are insecure about their bodies, girls who feel fat, girls who have cellulite, girls who have stretch marks on their body – those are all the things that I had as a kid and I never had a woman like me growing up to look at,? Graham said. ?I had my mother and that’s one thing, but to have somebody who has cellulite, who has things that jiggle, who has back fat and talk about how you can be an overcomer and not let society take you down for all of that. That’s real.?

Her words are hugely inspiring and it is encouraging to see such a change happening.?Yes, it’s still a shame that any model who isn’t a size zero is frequently celebrated for this?(what we need to see is it become the norm and alas, we’re not there yet), but Graham has long been an advocate of self-acceptance and so this positive?news’deserves to be mentioned.

Perhaps what we are witnessing is the start of a new era, where models of every’size are represented (at long last) in mainstream media.