Milleen’s Cheese Week: An Interview With The Caf?’s Christine Crowley

?Any fool can make a ?cheese?. It takes a genius to ripen it.?

As the creator of the first Irish Farmhouse Cheese, Milleen’s, Veronica Steele had every right to make such a bold statement. Starting out in 1976, she quickly became known as the matriarch of Irish Farmhouse cheese makers after impressing Declan Ryan of the Arbutus Lodge Hotel and later, Myrtle Allen of Ballymaloe House.

In the following years, she worked consistently to produce a washed rind cheese from the mountainous Beara Peninsula of West Cork, maturing it carefully to create a unique flavour that made it a regular feature on many restaurant menus throughout Ireland. Her husband Norman was a big part of the business before her son, Quinlan, took over in 2003, continuing to grow the brand. Sadly, earlier this year, Veronica passed away – leaving her legacy in the Cork artisan cheese industry.

In honour of her lifetime achievements, the Cork Character Caf? Series and Taste Cork have teamed up to celebrate Milleen’s cheese. The initiative is led by URRU Bandon owner, and F?ilte Ireland food champion Ruth Healy and already has over ten cafes involved. Across the week participating caf’s will showcase the cheese across their menus as well as in signature dishes.

One such participant is The Caf? at Stephen Pearce Pottery. Concealed down a remote laneway in Shanagarry, beside the pottery workshop, Christine Crowley is busy creating a name for herself in the attached cafe. It’s a bank holiday Saturday afternoon when I visit and the room is filled with chatter. Both waiting staff and chefs are bringing dishes from the kitchen, but none seem troubled by the constant flow of customers. The smoked baba ganoush and homemade flatbread on the mezze plate is the highlight amongst our table, accompanied by a glass of locally imported Spanish wine.

When I return on Monday morning, the team are setting up for another busy day as Christine arrives with three trays of eggs – a sign of how busy the weekend has been! A graduate of Ballymaloe Cookery School, she started out with a cafe at Tintern Abbey, Co Wexford for the summer months, keeping busy the rest of the year selling jams and cakes at markets in her home county of Waterford but struggled. ?The markets aren’t the same as they are here. Waterford can’t offer you what Cork does in terms of produce. I know it has come a long way, but back then it couldn’t offer me what I wanted.? 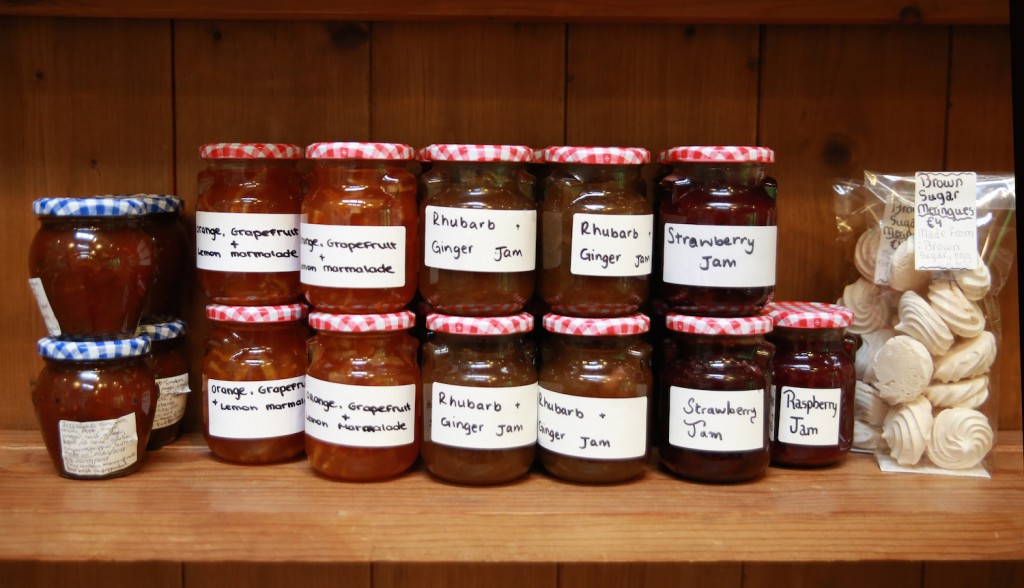 After three years she decided to return to Cork city, working at the caf? in the Crawford Gallery before finally settling into her own spot. ?I love that I can see my customers enjoying the food I’ve prepared here. I worked in previous kitchens and had no connection with the people I was serving because I couldn’t see them. Here I can see someone appreciate it and that’s what I enjoy the most.? Christine will be featuring a Milleens cheese bruschetta on her menu as part of the Cork Character Series with roasted pears and caramelised walnuts. ?I haven’t quite decided if I’ll melt the cheese yet or leave it as it is – I think the whole thing is such a brilliant idea, I’m really excited to see what comes from it.?

When it comes to food, Cork has always been known to support local producers, and Taste Cork aims to ensure that this sector continues to thrive and get the recognition that it deserves. At the mention of local competition, Christine stands up preparing to head back to the kitchen. ?That doesn’t exist here. I tell people to go to Dervilla at the Ballymaloe Caf? and likewise, she’ll send people to me. I’ve even met customers who have been sent from restaurants in Kinsale. We all support each other.?

Across the week, participating caf’s will also share stories and fond memories of Veronica Steele and Milleens cheese something that both Cork Character Series and Rebecca O?Keeffe of Taste Cork are passionate about. ?Together we want to share the stories of our food producers, and showcase the culture, history and the people of Cork that make it so wonderfully unique.?

Milleen’s Cheese Week takes place from April 24-29. For more information and a list of all participating caf’s visit tastecork.com.

What to eat tonight: Panzanella-stuffed tomatoes

What to eat tonight: Shakshouka and flatbreads