Netflix collaborated with the former First Lady in what is the ideal platform for a visual accompaniment to her memoir Becoming, taking us on an intimate, joyful experience as she sets a new path for herself. It is the ultimate uplifting watch

When it comes to Michelle Obama, no matter how much read, how much information gathered, no one says it better, tells her story, her family’s story better than the woman herself. Perhaps that was what made her memoir Becoming so impactful – it was all, finally, recounted in her voice alone.

Be that as it may, what this documentary does is remind us of the power of hope. “You can only concentrate on the job you have right now,” Michelle advises a group of young people – one of many she sits with during her book tour – as they seek guidance during a Trump era.

The power of connection

In doing her book tour around the US (the basis of the documentary), the former First Lady sought to keep that connection with people, to keep others feeling inspired of the potential and power change can have. In the eight years in the White House, her connections were often “sanitised” as she describes them, so doing the book tour was a chance to see how she might connect more as she seeks to work directly with young people and the next generation who will change how the world is shaped.

“The future of our nation is up to the next generation,” she says. “But I know that doesn’t just happen. Young people need some encouragement.”

“Even in hard times, maybe especially in hard times, our stories help cement our values and strengthen our connections. Sharing them shows us the way forward.”

We see a glimpse of the Michelle who listens to music in the car on a drive, who had to beg the White House staff not to make her daughters’ beds for them as they wouldn’t be there forever and “I’m not raising two daughters who don’t know how to make beds!” And when the girls pointed out that her bed always got made? “Well, I’m the First Lady and I have my degree so…” to rapturous laughter from her audience.

She is at her most natural telling stories and telling the young people who are around her to tell theirs. Be more than a statistic, she says. Know what makes you, you.

What also stands out is the stories from her closest friends and family of the immense pressure she felt as First Lady. It was, she says, the greatest honour of her life to be the first black First Lady, but “When you’re the first black anything, you know…” 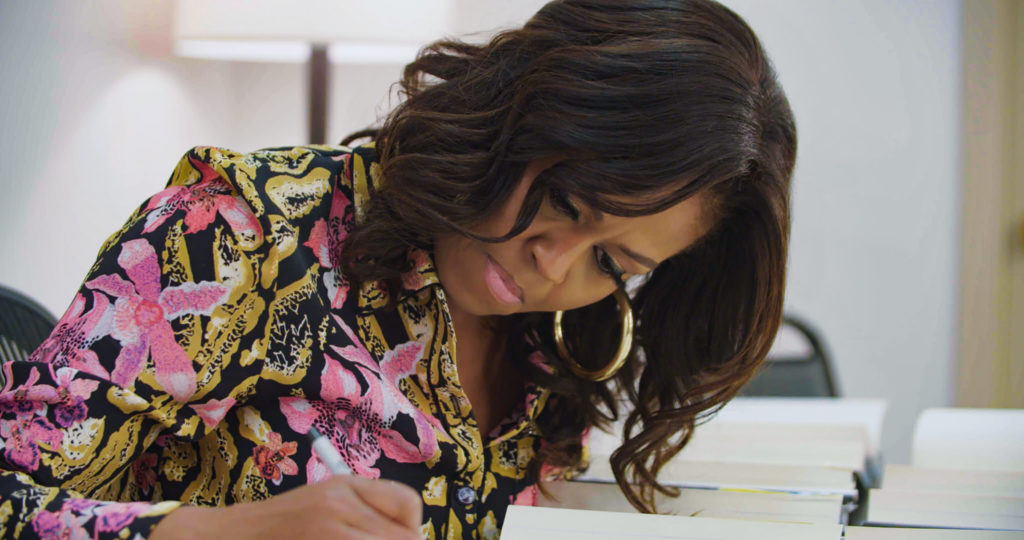 For all the joy that came with those years, it’s clear that the scrutiny of having to be “perfect at all times” took a toll. The most moving segments come as she ponders if what they achieved was enough during the years they were in the White House. “Look at all those people,” her daughter says after one book event. “Those years weren’t a waste.”

And does she still “go high when they go low?”

Ever relatable, she says, “I try. We’re all just doing our best.” 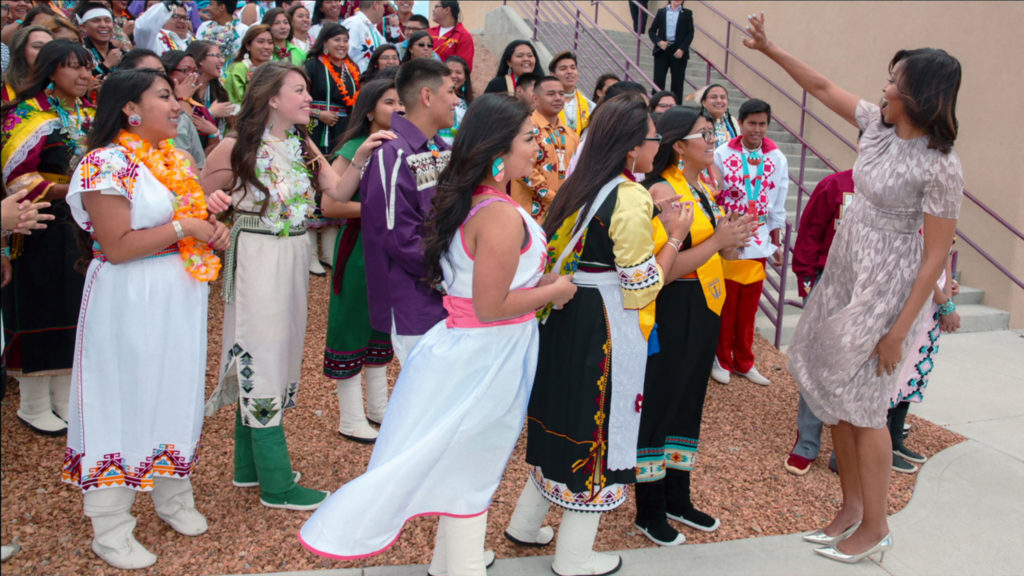 For all the difficulties the Obamas overcame in their historical presidency, the entire documentary is full of light. Director Nadia Hallgren captured the Michelle Obama we felt we knew so well; an eloquent, vibrant, highly-intelligent woman who always knows exactly what to say – and in just the right way. It’s full of hope, positivity, not only for us, but Michelle as well. New beginnings are possible for us all, even in times of darkness.

“My life is starting to be mine again. There is another chapter waiting for me out there,” she says.

And at the heart of it all, is her constant reminder that change will come, that people are good and that people want – and will – strive for more than what is simply given to them.

“People are good, people are decent. [They say] I do like this, I’m not alone in this. I like this feeling of not being divided, I do. And if we can share our stories, our real stories, that’s what breaks down barriers.”

Becoming is the lift we need during Covid-19.