The Disney sisters saga is back. But are parents really ready for it? asks Amanda Cassidy

We waited almost five years for this. Five long years of Disney’s Frozen on repeat. Olaf’s squeaky little voice telling us over and over again that he loves warm hugs.

It had drama, it had love, it had humour. It had Anna, sorry Onna, singing about falling in love at first sight, mystical Rolling Stones advising Kristoff to put a ring on it, and icy loner, Elsa constructing her very own crystal palace while simultaneously evolving into a shapely snow-goddess.

And that’s what they became for our little girls — like goddesses. Mums too got in on the act, a whole generation of little girls named Elsa and Anna now exist, aged 5. 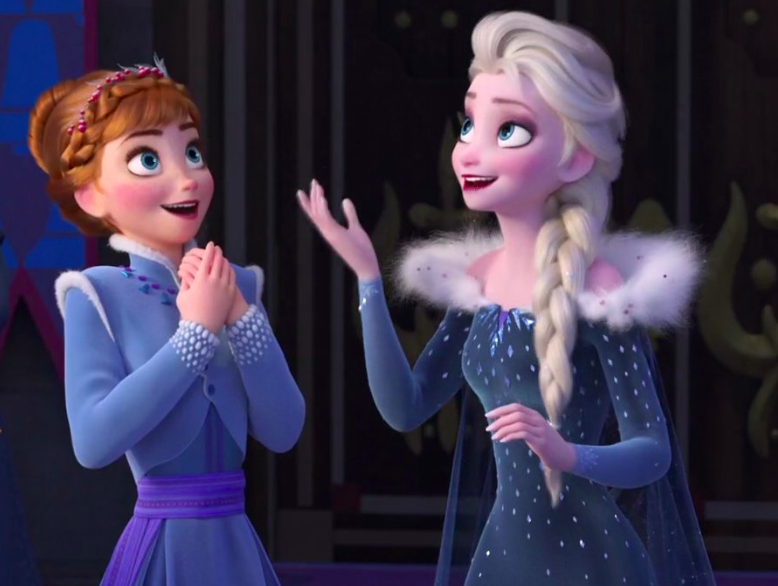 Every coat-hook in every Junior Infants school in the country has at least two or three Elsa name tags.

And then there were the songs.

In fairness, I quite like the songs. Lucky me, since they’ve haunted my sleep for circa two thousand nights. We have them in the car, playing through poor Alexa, on the TV, and even oozing out of their Frozen-themed toys.

As far as role models or obsessions go, two sisters fighting for each other isn’t the worst. Spoiler Alert: The ending of the first of the Frozen movies left me with a lump in my throat. The true love Anna was seeking was, in fact, her own sister. Their embrace broke the evil spell, love won and neither of them needed a silly old prince to rescue them.

They wonder why they can’t get a pet reindeer like Sven.

In fact, of the two male characters featured in the film, one was a ‘baddie’ and the other was sweet but hapless. It was a new message then from the movies of my childhood, the ones where the helpless but beautiful girl waited to be rescued by the strong, brave man.

All the adventuring begins and ends with these sisters.

Of course, there are elements that still irk: the long blonde plait has been the bane of my life since my daughter was four. Every morning she pulls her hair down behind her back, trying to stretch it longer and wondering why it isn’t golden. My French plaits are more like lumpy French croissants.

Along the way, between Frozen and Frozen 2, our family gained another little girl, and so a fresh obsession was born. Now two girls cry for ‘Elsa plaits’ in the mornings, they speak fondly of Olaf the snowman as if he is their friend. They wonder why they can’t get a pet reindeer like Sven.

And so we count down the hours until we finally get to sit down with their favourite pals again. Excitement has reached fever pitch. Here’s our advice ahead of the next instalment of the snowy sisters:

We were lucky enough to have brought our girls to Disney last year where the indoor Frozen show featured real snow floating down on the mesmerised children at the end. Their faces were everything. The magic of sisterhood, and of nature… with a dollop of singing. What’s not to love?

Plus, nothing — and I mean nothing could ever be worse than long afternoons with the nasal tones of SpongeBob or Max and his prissy sister Ruby.

Read more: There is even a Frozen wedding dres

Read more: This is why we jog