Celebrity Big Brother is set to return to our screens on Thursday 16th August, and it’s expected to be the most explosive season yet. It seems all of the contestants who’ve signed up for the show are in the throes of ongoing media controversies.

The show’s creative director Paul Osborne said, “This year all the celebrity housemates have a unique shared experience; they’ve all weathered their own media storms. Under Big Brother’s eye, their stories will be once again firmly in the spotlight and in the national conversation.” What’s more, Big Brother UK tweeted, “SEVERE WEATHER WARNING! We know it usually rains on launch night, but you’ll need more than a brolly for this storm!”

?? SEVERE WEATHER WARNING!
We know it usually rains on Launch Night, but you’ll need more than a brolly for this storm! #CBB kicks off on 16th August, 9pm on @channel5_tv ????? pic.twitter.com/GRqxIdv3lH

The name rumoured to be at the top of the list is that of Meghan Markle’s estranged half-sister, Samantha Grant. The reason we say rumoured is the final line-up is kept under wraps until launch night; however, many names have been leaked. Samantha Grant, who recently appeared on Good Morning Britain, is no stranger to controversy and fits the bill for CBB perfectly. When asked if she would get involved in the show, she replied, “I’ve worked in media most of my life, why would I not?” When probed further, she said, “Well, I would tell you, but then I would have to kill you, so… I don’t want to find myself in locks and stocks quite frankly. It wouldn’t be becoming.”

Related: Meghan Markle style: four royally inspired dresses (all of which you can afford)

The 53-year-old has been making headlines for over a year, taking every opportunity to spread stories about her half-sister, the Duchess of Sussex. She is even writing a memoir called The Diary of Princess Pushy’s Sister, in which she promises to divulge family secrets. She has reportedly described Meghan Markle as ‘narcissistic’ and ‘a social climber’, and she has criticised her for not giving more money to their father, Thomas.

In the lead-up to Prince Harry and Meghan Markle’s wedding in May, Samantha made numerous TV appearances to say she hadn’t been invited. She often speaks of the ‘rift’ between the pair. Samantha’s character, fame and name are the types of things CBB producers are looking for. But at what cost? We all know controversial characters make for TV gold; that’s no secret. But we can’t help but think Samantha Grant is an irresponsible choice. 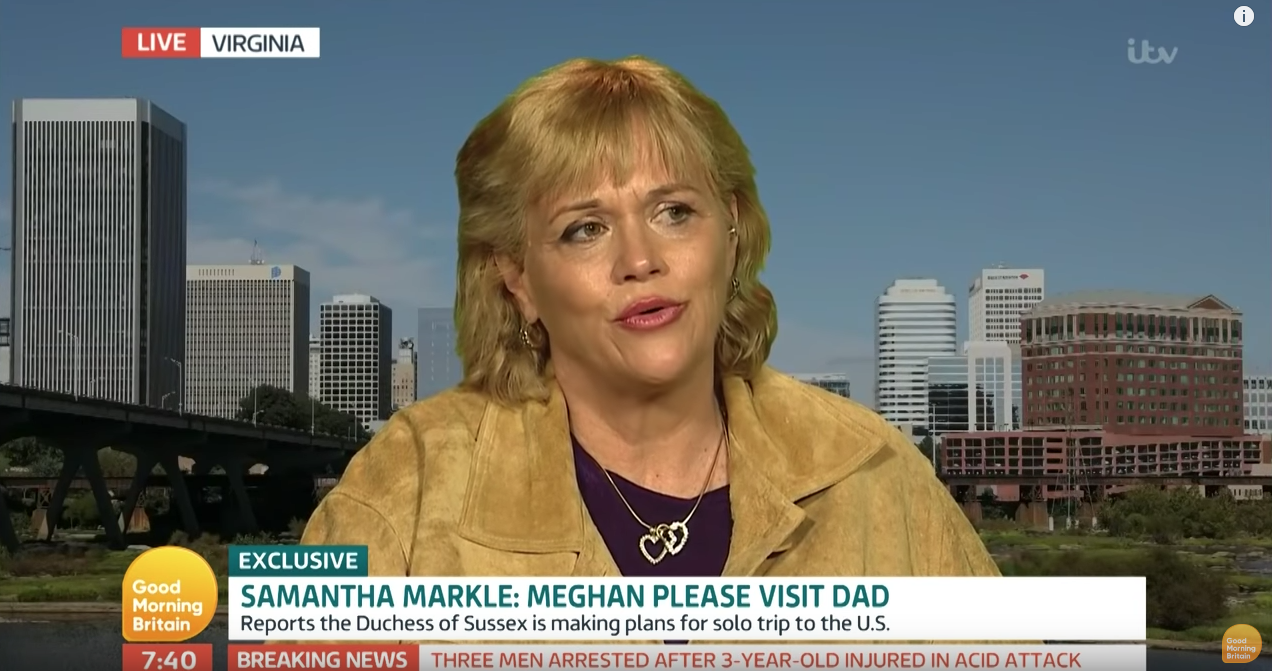 It seems unfair for two reasons; one being Samantha obviously has deep-rooted family issues that needn’t be aired on national television. Two; her tendency to talk badly about Meghan Markle could damage the reputation of the royal family as a whole (regardless of whether or not she’s telling the truth).

We’re not the only ones who feel this way. Twitter user @NikitaKitty said, “I love Big Brother but I’ll stop watching because of this spiteful bitch. This is just BB cashing in, and cruel.” Another user, @MoSweetDelights, said, “if Big Brother is thinking of getting Samantha Grant (Markle) in the house I feel that it is totally insane. This horrible woman has caused nothing but upset for The Duchess of Sussex and the royal family. It would be disgusting to even consider this.”

@bbuk Hi i just wanted to say that if Big Brother are thinking of getting Samantha Grant (Markle) in the house i feel that it is totally insane. This horrible woman has caused nothing but upset for The Duchess of Sussex & the RF it would be disgusting to even consider this ???

With so many people against her appearance on the show, we wonder if more viewers will boycott it than tune in?