Megan Reeder Hope: Going Through Pregnancy with Anxiety and Depression

Megan Reeder Hope is thankful every day. After eight IVF attempts, a spinal surgery during pregnancy, and crippling bouts of depression, this mother-of-one has learned to manage the dark days and embrace the good.

I couldn’t breathe. Every racking sob choked me. I held my bulging belly – 7 months pregnant – certain I would lose our baby after all we had been through. My husband held a paper bag over my mouth and nose, coaching me to breathe regularly. “Honey, look at me. Breathe,” He begged.
?Something’s wrong. Is the baby coming?? I gasped. He held me until the panic subsided, swirling back like the wave that had pulled me under.
The next day, the doctor performed an ultrasound. Watching the monitor intently, his brow furrowed. ?What is it? What’s wrong with my baby?? ?You have a very big, very healthy, bouncing baby in there. Nothing is wrong with it,? the doctor said. ?But you are suffering from severe anxiety and depression.?

I wasn’t expecting this. I had always been perky, happy, and social. I had never been depressed. I was pregnant. This was supposed to be the happiest I’d ever been in my life.
This was my dream. How could this happen to me? As the doctor wrote out a referral to a psychiatrist at a specialist clinic and requested an emergency appointment for me for that day, I realised how bad I was.
It had taken three years of IVF to become pregnant. During that time, we had been plagued by complications. We celebrated our victorious egg pick-up – nine viable embryos – until my body started shutting down. Fluid filled my stomach, my lungs, and vital organs. Ovarian hyperstimulation syndrome (OHSS) is a side effect of the IVF stimulation process, affecting only 1 per cent of women undergoing treatment. I couldn’t eat, I could hardly breathe. I spent a week in hospital, my vital signs red-lining.
On our second implant after recovering from OHSS, a faint pink plus sign appeared on our pregnancy test. We were elated. We were scared. Was it a positive? We hugged. We were pregnant at last. My husband went to work. And I started to bleed. Our doctor told me it was a low-level positive and the pregnancy may not be viable. I had miscarried.
The anger and grief threatened to engulf us whole. Guilt settled upon my shoulders, whispering in my ear: it was my fault, I had drunk coffee, I wasn’t careful enough, I didn’t deserve a child. Our marriage was at sea, navigating the jagged rocks of grief, with no light to guide us.
We spent all our savings – more than €19,000 – in one year. We had enough for one more chance. After months of therapy, we could see a light guiding us ashore, yet we didn’t know what that destination would be. We planned for a life without a child. We waved goodbye to our dream of a family. 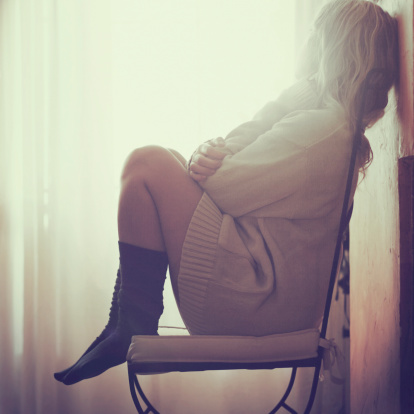 On our eighth and final attempt, the test was positive. We didn’t celebrate. At six weeks pregnant, an old back injury flared up. Suddenly I couldn’t walk. We rushed to hospital, my screams tearing through the emergency ward.
?You can’t give me anything that will hurt the baby.? They gave me paracetamol and did an ultrasound. Through the thick shroud of pain, the joy I felt at hearing my baby’s heartbeat threatened to break my own. It was strong and regular: the thump-thump- thump of a tiny echo. The radiologist printed out an image of the little jellybean in the wobbly depths. I held it like a talisman, as they wheeled me in for an MRI.
My disc had slipped, protruding onto my sciatic nerve. I had a temporary spinal block for the pain. There was a risk of radiation to the foetus. An X-ray located my spinal cord, injecting a mix of long-lasting anaesthetic and steroids. I gripped my crinkled ultrasound and cooed to my stomach, proudly showing the doctors the photo of my tiny triumph.
After eight weeks in bed – walking only with a geriatric walker frame – I had spinal surgery. Our baby was 13 weeks old inside me, the size of a pea pod. Going into surgery, I was calm. I joked with the doctors that it was a survivor, like Destiny’s Child. I broke into spontaneous song, ?I’m a survivor/keep on surviving? as they wheeled the gurney into the operating theatre. My husband kissed me goodbye. Four hours later, they told him the surgery was successful. Our baby was fine.
After months of rehabilitation, I was able to walk – or waddle – again. There were a joyous couple of months in my second trimester. We did things expectant parents do. We got an ultrasound – it was a girl. We decorated the nursery. We had a baby shower.
The panic attacks began in my final trimester. They gripped me around the throat and choked the life out of me. I catastrophised my pregnancy; I had the doctor on speed-dial. When the depression kicked in, I could barely move. I withdrew from the world. I felt dizzy and breathless when I went outside. I couldn’t drive. I stopped calling friends and family. I spent days on the couch, my swollen belly rising and falling, willing myself to get up and shower. Some days I could. Most days I couldn’t.
The psychiatrist wanted to commit me to a live-in facility. I had had enough of hospital. I decided on an alternative mental health care plan. I forewent antidepressants, but accepted low-risk anti-anxiety medication. I had intensive therapy. Little by little, I reclaimed my sunny personality. It took time, and help.
Our beautiful girl was born in February 2014 via general anaesthetic Caesarean. She weighed a whopping 4.285kg (9 lbs 4 ounces). She was perfect. My heart was no longer inside my body. It lived in her.
I remained happy in my baby bubble. I was breastfeeding like a champion. She slept, ate and grew. My scars began to heal.
When she was four months old, I became irrational, withdrawn, argumentative and anxious. I started fights with my long-suffering husband. I felt like a terrible mother. Negative thoughts bubbled in my brain. I cried constantly, lying in the dark, staring at infomercials on TV. I wasn’t coping. 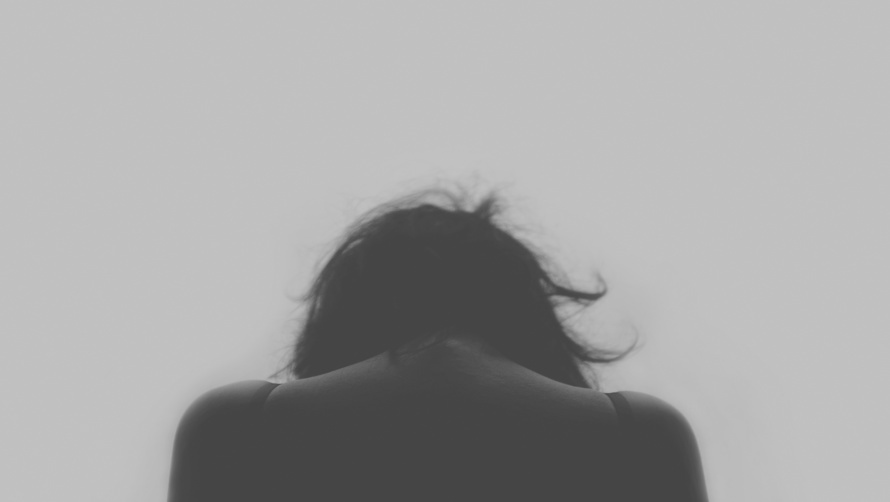 After all I had been through, suffering from anxiety and depression was by far the hardest part of my journey to motherhood. I was told I wasn’t alone. More than one in ten women suffer from antenatal anxiety and depression (experienced during pregnancy), with one in seven women succumbing to the mental illness after their baby is born.
After consulting with my therapist, psychiatrist, husband and doctor, I went on antidepressants. I began to think clearly, to see the negative thoughts arise, and burst them before they became bigger in my head.
We made positive changes as a family – an interstate move for an exciting new job and a big house. It was a fresh start. I returned to work and my husband was the stay-at-home parent.
Then the guilt of being a working mother took hold. I became paralysed. At work, all I could think about was home. At home, all I could think about was work. I renegotiated my contract to a junior position with less stress and shorter working hours.
Now, when my 18-month-old daughter toddles over, raises her chubby arms and says, ?Mumma?, I cuddle her without anxiety or shame. I go to therapy. I talk honestly to my husband. I kiss my daughter. I am thankful she is on this earth. I take each day as it comes. The bad days are fewer and farther between.
Now, I can breathe.