Much loved Irish comedian Brendan Grace has died at the age of 68. Edaein O’ Connell looks back at a stalwart figure of her childhood.

When I heard the news of comedian Brendan Grace’s death, I was immediately transported to being five-years-old, at my neighbour’s house, drinking a glass of Coke and watching one of his videos.

Throughout various moments in my childhood, his voice and his characters have been background noise. After school, my brothers and I would stay at our neighbour’s house until our parents finished work.

Our neighbours, Maureen and Jeremiah, were of an older generation and Brendan Grace on their TV was a regular occurrence. High on sugar from Coke, Silvermints and Kinder Eggs, Brendan was funnier than anything we had ever seen or heard before.

He was the comedic equivalent of Santa, in the sense, he always came to our house at Christmas. On Christmas night I would sit with my family, in that post-Christmas dinner heat, watching Bottler get tested by the teacher on his general knowledge.

Even last year, when I swore I wouldn’t do it again, I found myself sitting in front of the television with a glass of Baileys, cackling at a joke of his I had probably heard 100 times before. 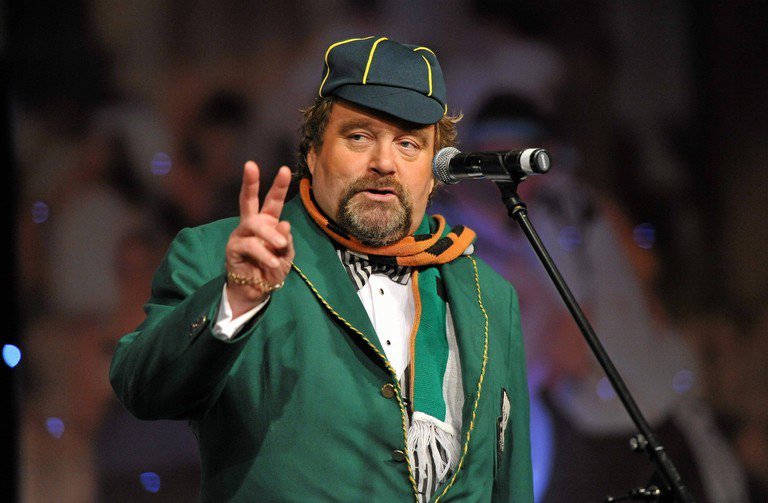 But that was Brendan Grace. No matter how many times you had seen the sketch, or heard the punchline, you would find something different in the delivery. He was a master of his craft. His jokes were simple and said by anyone else they might not have received a reaction.

Brendan, however, was a born entertainer–made for stage and made for the spotlight.

When we spoke about the news in the office, I was surprised to realise that many of my co-workers didn’t have the same affiliation with the comedian as I did. They had heard of him in snippets, but not in the same way I had.

My friends from home, on the other hand, were shocked at the news. Our childhood was full of us trying to imitate Bottler on lunch break and failing miserably.

“He was the comedic equivalent of Santa, in the sense, he always came to our house at Christmas.”

Two years ago we met the man himself in a petrol station outside Galway. It was like meeting Harry Styles. We stalked him until we finally plucked up the courage to ask him for a photo, he happily obliged and we started our Galway Races expedition with a bang.

In my usual culchie neuroses, I tried to put this difference in emotions down to the city/rural divide. Most definitely, there are Dubliners who loved and adored him, as he is one of their own and much of his comedy is based on hints of the capital, but he expertly hit a sense of humour that lives within the Irish countryside.

It’s the same one that brought my grandparents, neighbours and parents back time and time again. And it’s why my generation loved him too. There are very few comedians who can say they are as cross-generational as he.

“He was someone who brought joy and laughter into so many people’s lives and homes.”

There was something about Brendan Grace that was instantly comforting. Even now watching snippets, I feel this sense of calm and lightness that was only evident in my childhood. When figures such as this pass away, you realise that you too are getting older.

Life changes, nothing stays the same and this is why scenarios such as this are so emotive.

He was someone who brought joy and laughter into so many people’s lives and homes – not many people can say they have done that in a lifetime.

And this Christmas, I know exactly where I will be.

Sitting in front of the TV, with a glass of Coke in hand, watching Brendan Grace, feeling like I am five-years-old and hoping that this will never change.