You most likely recognise the Brennan brothers, aka Francis and John, as the hosts of RT’s hugely popular TV programme, At Your Service. However, these two are far more than television personalities. Their expertise lies in the management of one of Ireland’s most renowned five-star hotels, The Park Hotel Kenmare, which dates back to 1897 and is famous for its – if we can use this phrase without sounding too hokey – old-world charm in the heart of Kerry.

Francis, author of bestselling books It’s The Little Things and Counting My Blessings, also starred in his own RT? show, Francis Brennan’s Grand Tour, of which a new series is currently in motion. Not only that, but the multi-achiever is also in talks with Dunnes Stores about his new range of signature homewares, due in stores in August.

In 2011, younger brother John, meanwhile, opened Dromquinna Manor, a 65-acre waterfront estate renowned for its beauty and Ireland’s premier under-canvas, luxury camping experience.
As much as the The Park and Dromquinna are stars in their own right – internationally as well as at home – in recent years, it is the brothers behind them who’ve been in the limelight. At Your Service has proven an instant hit with Irish audiences, who’ve taken the pair into their sitting rooms as they traverse the country giving advice to restaurateurs and hoteliers looking to up their game. And while John is no longer involved in the programme, Francis continues to charm RT? viewers with his signature wit and knowledge. 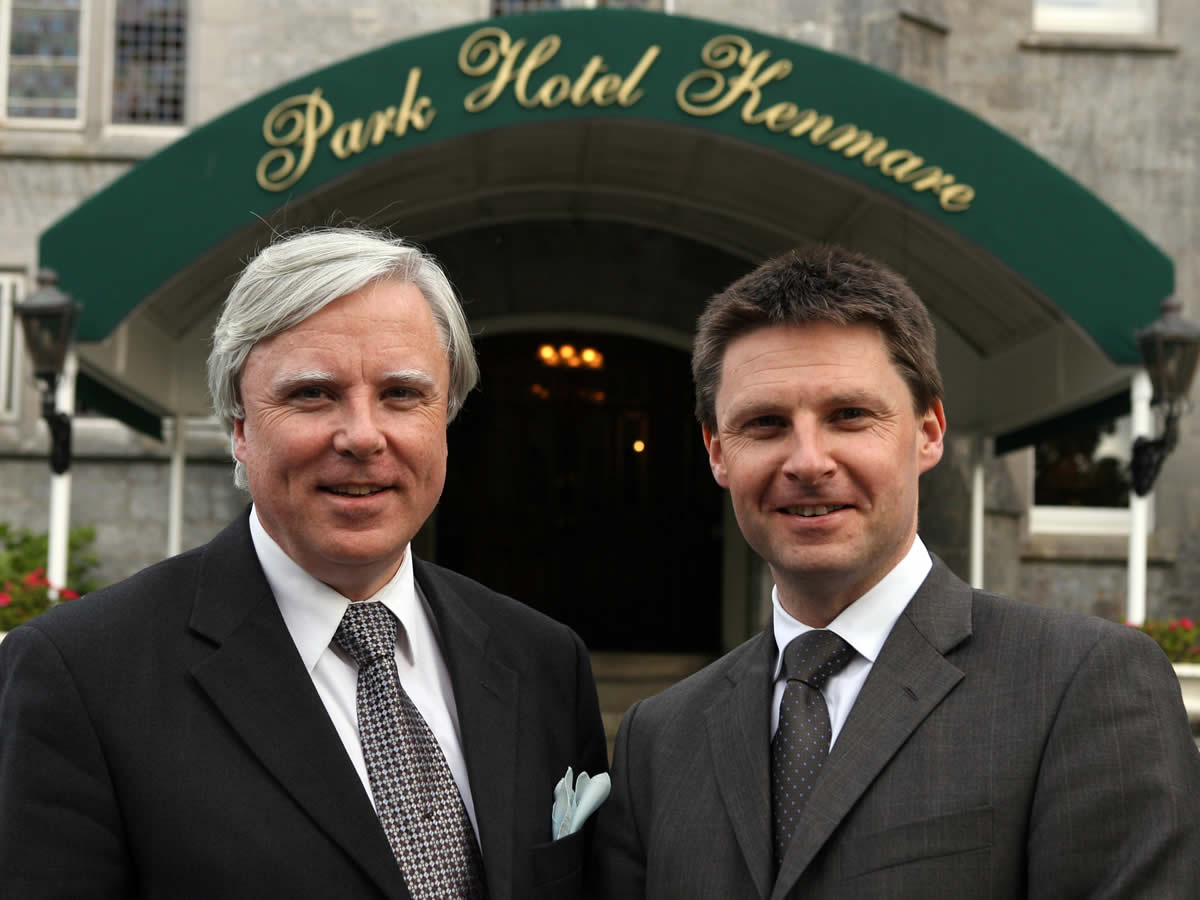 Francis, the more exuberant of the two, acts as a foil to John’s sharp business sense and no-nonsense approach to the bottom line. John, meanwhile, is more concerned with the nuts and bolts of business, realising that what might be a great pipe dream is often a nightmare if the dreamer doesn’t have the experience to back up the fairytale: ?You can have a fantastic idea, in a great location, and have all the aspiration in the world, but if you don’t have the experience to pull it off, you’re going to?lose money. People have a very romantic view of the industry.?

For all the talk of practicality, for Francis, the seemingly minor, yet memorable touches are just as important: ?It’s the little things that make all the difference, for me. When I stayed at the Four Seasons in Maui, I took a bike ride – not that I’m any great cyclist, but it was fantastic – all along the coastline … scenic and beautiful, but hot and exhausting, and when we returned – I’ll always remember this – the porter at the door had ice-cold face cloths for us to cool down. It was such a nice touch.?

John adds that, as well as the details, identifying and nurturing great staff is a huge factor in making people come back. ?You have to be good at spotting staff with potential. We can spot it instantly – if someone has a spark of talent, we take note.? However, in Ireland, he believes we are hugely overeducated and massively under-experienced: ?Seventy-six per cent of school leavers went to third-level last year; in Germany, just under 60 per cent did. The rest went into apprenticeships, which is a much more hands-on way of gaining experience. ?The culture here says that ?apprenticeship? is not as good as ?college?. I think that has to change.?

For all their differences in approach, there is a unified thrust to the brothers? ability to make a success of a business. Charm and an entertaining personality is one thing (and something they both possess in good measure), but what sets them apart is their wealth of experience coupled with their solid business acumen, things that make having the Brennan brothers at your service a one-of-a-kind experience indeed.

Meet John and Francis Brennan for an exclusive evening hosted by editor-in-chief Melanie Morris at The Marker Hotel on Thursday, April 28.