Mazda6: Five-star journeys with all the trimmings

Before we start, I must tell you that I am not a car person. I have had one car forever, which became mine mostly because of its terribly good looks. I know nothing about engines, gearboxes or horsepower; but I do know what I like. I might describe cars by their colour, but I can also tell you exactly how well a sat nav should function and whether a car seat is actually comfortable.

When I was approached by Mazda to test drive their Mazda6 (the 2.2 litre Diesel Platinum model), I was not going to turn down the opportunity. Just looking at the images of the shiny and new saloon got me excited for a long drive.

I met my new car in Dun Laoghaire. I was shown some of the clever little buttons before promptly being handed the keys and left to my own devices. I was giddy with excitement and if I am honest, couldn’t quite believe I was being trusted with such an impressive machine.

The simple truth? On first impressions this car is big. It’s a car for grown-ups. It feels safe and spaceshipesque. My initial giddiness peaked when I discovered the heated steering wheel. Notions? Well, let me tell you it’s not difficult to become attached to toasty 7am fingers on your drive into work. 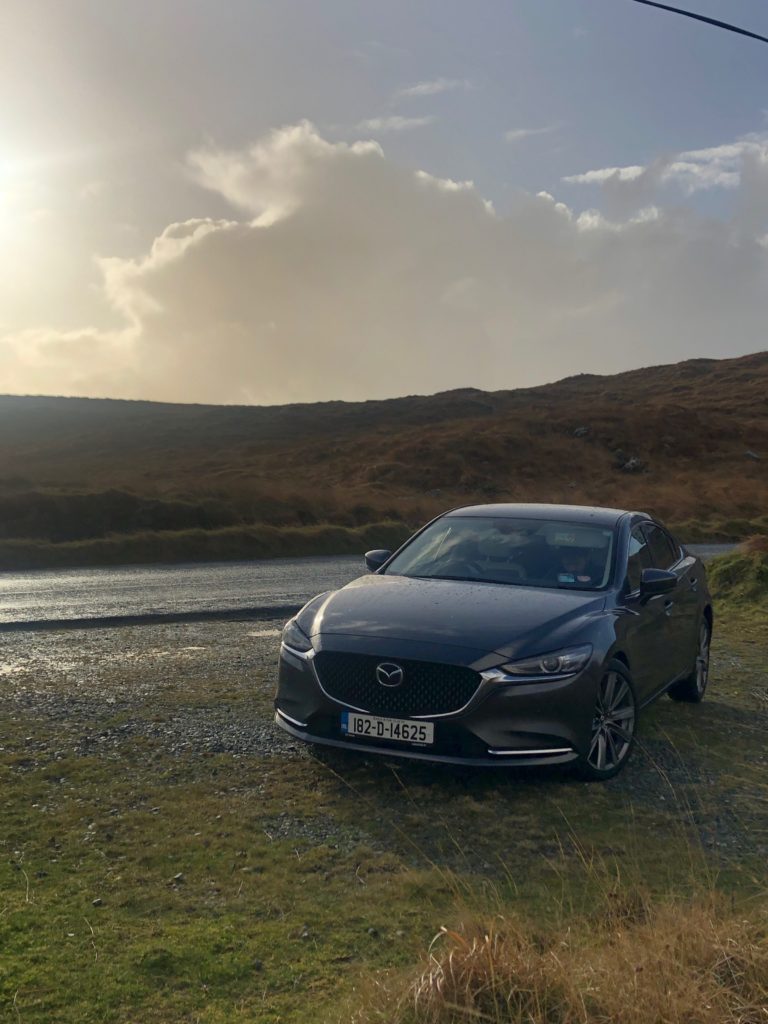 I felt very safe driving the car to and from IMAGE HQ in Dun Laoghaire but it was when I took it for a spin out to the west coast of Ireland that I really came to appreciate its finer details. The large dash screen featured a brilliant sat nav that directed me all the way from coast to coast without a hitch. I could also easily link up my phone’s Bluetooth and spent much of the journey listening to podcasts and calling friends. On the motorways, I was able to cruise along at a comfortable pace, but could overtake if needed to be thanks to the little pep in the accelerator (I’m sure that is the technical term) that I enjoyed from time to time. 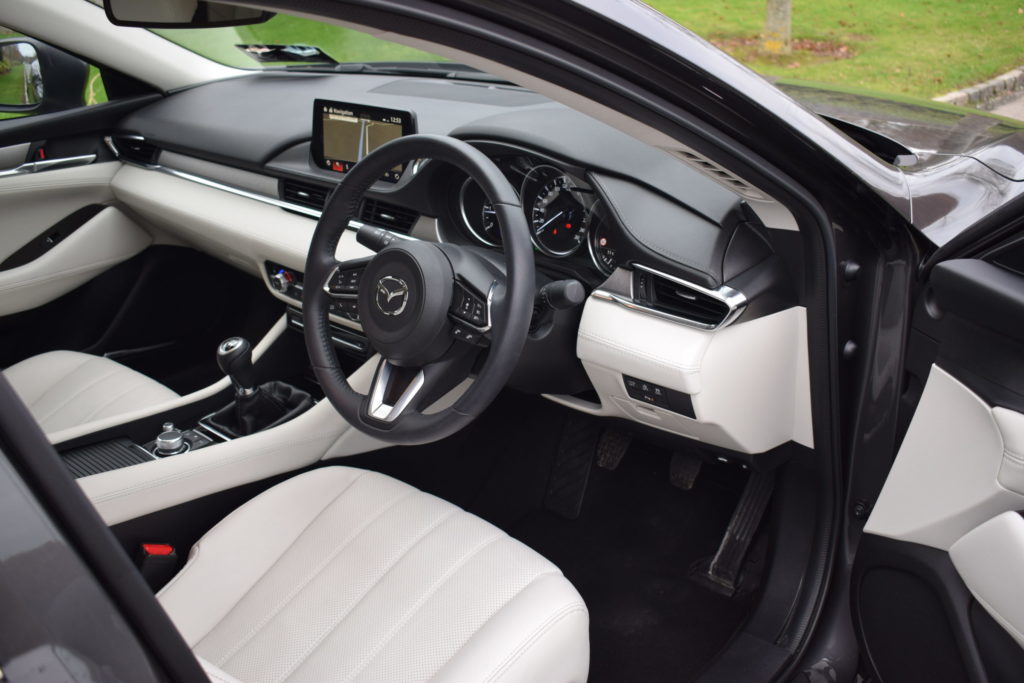 The heat seater plus personalized air-blowing system meant my passenger and I were at the perfect temperature all the way down. This is no mean feat considering he likes to be just below freezing and I, at a slow roast. I adjusted my seat to be just right for driving and he leaned right back and enjoyed a snooze. The peace was divine.

Most cars that are this comfortable leave a little to be desired in terms of optics from the outside, but the Mazda6 looks sporty and sleek. I felt pretty proud when pulling up at the hotel for the night (and the parking was easy too thanks to the rear assist camera).

I won’t lie, handing back the Mazda6 after a week was not easy. I had grown far too accustomed to my five-star journeys. One thing is for sure, my 7am fingers will not be happy until they meet another heated steering wheel.

In the car with kids? Join us for an evening of chats with Amy Huberman, Dr Malie Coyne and Dr Lotta Jakobsson on making family safety simple when travelling

#OneaDay: Project Fashion offers style-savvy kids the chance to be on the front cover