Mary Lou is trending on Twitter for 2 very different reasons

Will Sinn Féin still top the polls after last night’s Leaders’ Debate? If Twitter is anything to go by, voters have very mixed opinions about the party’s leader Mary Lou

All eyes were on Mary Lou during Tuesday night’s Leaders’ Debate. For the first time since the beginning of the election campaign, RTÉ invited the Sinn Féin leader to join Taoiseach Leo Varadkar and Fianna Fáil leader Micheál Martin for a final head-to-head before Saturday.

Despite Sinn Féin topping the latest Irish Times’ poll, some Prime Time viewers think Mary Lou has destroyed their chances – particularly after an awkward grilling about the murder of Paul Quinn. Others criticised her “fudge of an answer” about the abolition of the Special Criminal Court. 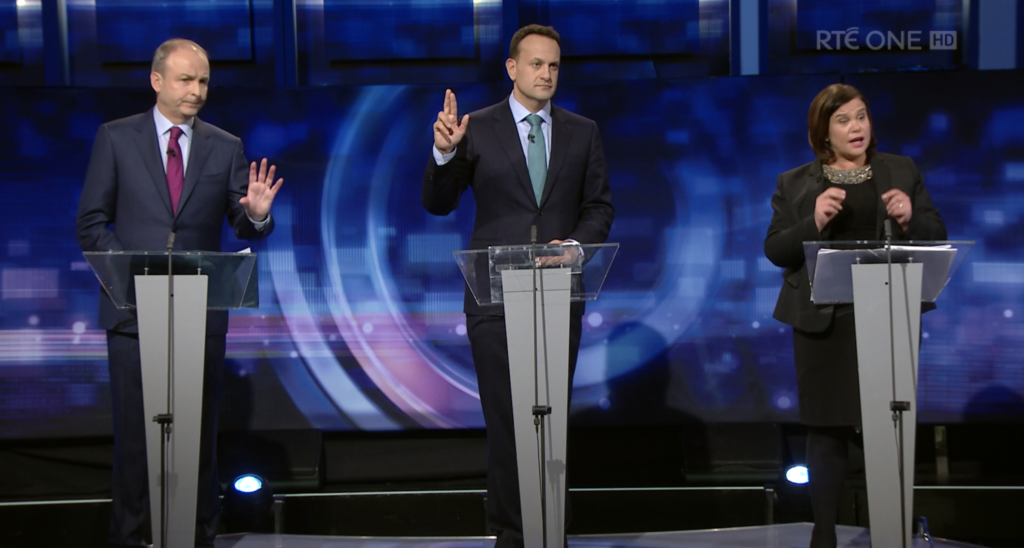 Still, many viewers have praised Mary Lou for telling it as it is. One stand-out quote being shared online is, “Fianna Fáil was and is the party of property developers and Fine Gael is the party of landlords”.

Others have commended her recognition of the current ‘upstairs-downstairs’ pension policy. Women’s health campaigner Vicky Phelan tweeted, “Excellent point made by Mary Lou about Leo and Mícheál (who are entitled to AT LEAST two very substantial pensions) telling people in this country who have worked hard all their lives that they are not entitled to a much smaller state pension at 65.”

Here are some more of the very mixed reactions to Mary Lou’s performance:

SF are going to drop massively in the polls after that. Would have worked in their favour had Mary-Lou not have been invited on to that debate ? #rtept pic.twitter.com/tDHzz1WKlB

Sinn Féin have voted repeatedly in the Dáil against the continuation of the Special Criminal Court. Mary Lou’s fudge of an answer in this debate won’t fool anyone – we know where they stand @fiannafailparty

I won’t vote for Sinn Féin & I think many of their policies will take this country in the wrong direction. But watching #rtept, I find myself agreeing with a lot of what Mary Lou says about FG & FF. They’ve been a disaster & I can’t make a case why either of them deserves a vote.

Mary Lou to Michéal Martin ‘so your going to mansplain corporate tax to me? Thank you so much’. Classic. #rtept

Funny that Mary Lou fought so hard to be in tonight’s debate and then dodged every question she was asked.#rtept #GE2020

I take back my take back, Mary Lou’s performance on Quinn family was pretty horrifying, shallow and callous, between that and special criminal court, those “elements” in SF clearly still too powerful #rtept

Read more: 9 questions you should ask candidates ahead of the General Election