Marc Jacobs Gathers The Most Epic Squad For His AW16 Video

Marc Jacobs has joined forces with some of the world’s biggest names in music, fashion, and film to help showcase his latest autumn winter collection – and it’s giving us life. Featuring appearances by “Supa Dupa Fly” Missy Elliot,?”Seductive Susan” Sarandon, and “Brains and Beauty” Marilyn Manson, the video is as ostentatious as Jacobs’ latest collection which can only be described as electrifying, eccentric and exaggerated-gothic. The three-minute spectacle is a special collaboration between Marc Jacobs and video director Hype Williams. 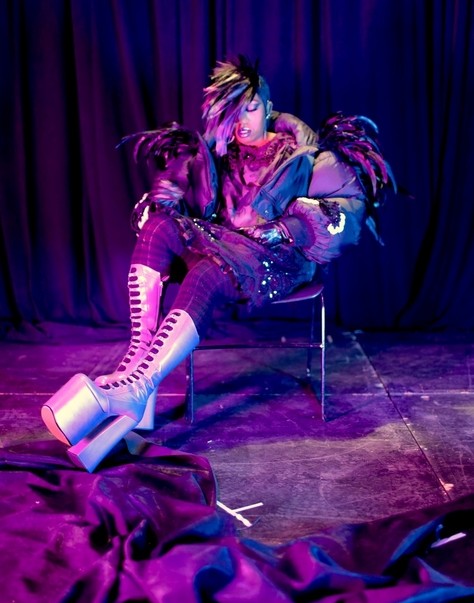 Jacobs revealed his explosive squad a couple of months back on his personal Instagram account, providing context about the person and his/her relationship to Jacobs, and the significance of their role within the new collection. His troop – who he calls “beautiful freaks” – are much-of-a-muchness on their own, but “in my mind, there is some kind of ?nonlinear connection between all of these people. They’re not one thing,” Jacobs told Billboard. Other squad members include Courtney Love, Kendall Jenner, Marilyn Manson, and Sissy Spacek.

CARA, Womanchild Every once in a blue moon I am fortunate enough to meet a model with a personality so huge it almost overshadows even the strongest of looks? the most dramatic fashion. When I met Cara through Katie Grand a few years ago, she was the girl in the animal onesie with boundless energy, great humor and in perpetual motion. Watching Cara’s growth and evolution into a dynamic, outspoken, independent woman is a true joy, just as she is herself. Her generosity and care in wanting to get a job done right (even if it means missing a flight!) is a testament to her professionalism and true character. Photographed sitting still and just as full of life as always, the unstoppable Cara Delevingne by David Sims for our Fall €16 ad campaign.

The collection itself features heavy gothic detailing including embroidery, torn lace, sky-high platforms, exaggerated’makeup, and shoulder pads, and makes me feel like I’ve been thrown into some kind of ?twilight-Zone/Beetlejuice spin-off – and I love it. See the full video here.