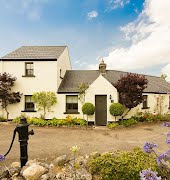 If you think Meghan and Harry had it bad, just wait till you hear about...

Met Éireann is forecasting a miserable weekend ahead, which can mean only one thing — Netflix binges galore

We know it’s payday, and many of you will be grabbing the opportunity to go out and celebrate the end of what is surely the longest month in human history. But if your plans are more low-key, and involve a bottle of wine, a takeaway and a date with Netflix, then you’re in luck — they’ve just added a great line-up of TV and movies in time for the weekend.

With Oscar-buzzed features, documentaries, long-awaited series finales, and a lot of great Netflix originals, there really is something for every taste here. If you’re stuck for something to watch, here’s everything that’s been freshly added.

There’s been an uproar on social media at the lack of nominations for Adam Sandler’s turn as Howard Ratner in this new thrilling crime drama from Netflix. Sandler plays a New York city jeweller and gambler, addicted to the thrill of the chase of the next win. When he makes a series of high stake bets, he has to balance his family, his business and his enemies in an effort to get the ultimate prize. Described as a high-anxiety, high-octane thriller, this isn’t one to watch if you’re in the mood to relax, but it has been hailed as Sandler’s best acting maybe ever.

Christopher Nolan’s epic WWII drama Dunkirk was praised as a masterpiece of cinema when it was released in 2017, and won three Oscars for its editing and sound mixing. Focusing on the Battle of Dunkirk, often remembered as a legend of the tenacity of human spirit, when hundreds of small boats sailed from Dover to the French coast to lend a hand to trapped British and Allied troops, the film flits between three storylines that eventually come together in a heroic rescue effort. A truly epic movie, and it also gifted us Harry Styles’ showing off his acting chops for the first time (and he didn’t do half bad).

It’s February, it’s Fashion Month and what better way to kick it off than with this fabulous new season of fashion TV? This long-awaited reality series echoes the heyday of Project Runway, and sees established designers who have worked for some of the biggest names in fashion attempt to branch out and make a name for themselves in a competitive industry. Presented by Tan France of Queer Eye fame and the ever-stylish Alexa Chung, it’s a match made in sartorial heaven.

Want something dark and intriguing to lead you into February? The Stranger, a new Netflix original adapted from Harlan Coben’s book of the same name, follows Adam Price, a small-town everyman whose life becomes derailed after a devastating secret and a conspiracy against his son all crash together on one night. Detective Johanna Griffin is handed his case to investigate, but when her own best friend is murdered, the question of who we can really trust begins to plague the town.

Taylor Swift is no stranger to controversy. The teen-pop-sensation-turned-ruthless-ice-queen-turned-just-Taylor has been plagued by the court of public opinion since her debut as a young teenage country singer over ten years ago. Her new documentary explores Swift’s journey of self-exploration, and her coming-of-age triumph to begin to be the musician she wants to be. A great watch, and a great vindicator of Swift.

An adult cartoon series following a depressed ex-sitcom actor (who’s also a horse) who deals with his childhood trauma through alcoholism does not exactly sound like ideal weekend viewing, but trust me on this — Bojack Horseman is one of the best depictions of mental health, relationships and hope that has been on TV in the past ten years. This weekend sees the series finale land on Netflix, as Bojack is finally inching his way towards redemption and making amends with those he’s hurt. But is a happy ending really possible for him?

Even trying to explain in a nutshell what The Good Place is about is confusing, but I’ll give it a go — Eleanor Shellstrop (played by Kristen Bell) dies and wakes up in what appears to be the Good Place, as a reward for her righteous life on earth. The only problem? Eleanor wasn’t righteous on earth — in fact, she was kind of a d*ck. As she tries to keep a low profile in heaven, Eleanor eventually discovers that the Good Place is actually the Bad Place, designed to torture her for all eternity. Eleanor, along with her fellow residents, needs to find a way to make it to the real Good Place, and avoid spending all of time in hell. Finishing up for good after its fourth season, The Good Place has its flaws (it’s way too confusing, and many storylines have had to repeat themselves in order for the series to make some semblance of sense), but its underlying message of good vs evil, and the subsequent warm fuzzies it’s given us has been worth the frustration. Its final episode has just been added to Netflix.